Things are going to get vicious with Hollywood actress Claire Holt, the latest celebrity guest to grace the biggest pop culture convention dubbed, AsiaPOP Comicon Manila 2016, happening on August 26 to 28 at the SMX Convention Center in Pasay City. 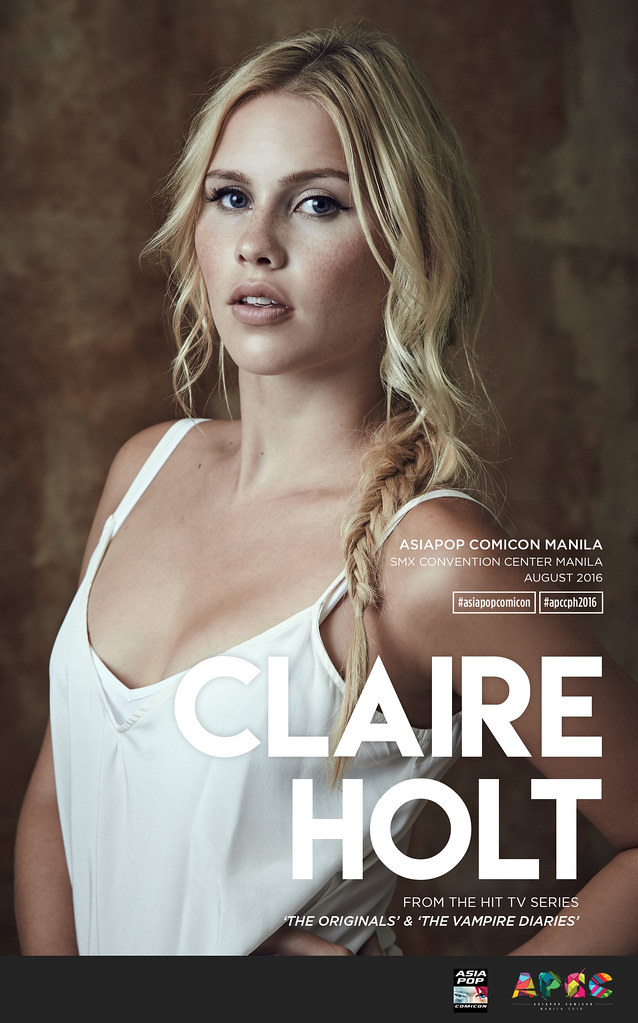 Holt is best known for her role as original vampire Rebekah Mikaelson in the CW supernatural drama The Vampire Diaries, based on the novels of the same name, as well as current continuing spinoff, The Originals.

A natural charmer with her looks and attitude, Holt rose to popularity as Emma Gilbert in the Nickelodeon series H20: Just Add Water, and later went on to roles such as lead character Lindsey in Sam Raimi’s Messengers II: The Scarecrow, Melanie Mayron’s Mean Girls 2, indie film Blue Like Jazz, and a recurring role in hit series Pretty Little Liars as Pride advocate Samara Cook.

She is slated to appear next as Kate, a lead role in Johannes Roberts’ upcoming underwater psychological thriller In the Deep. She is also working on the second season of critically acclaimed series Aquarius.

Fans of Holt will be in for the time of their lives, as APCC Manila offers Autograph, Photograph and Meet & Greet session tickets for the rare opportunity to meet her in person. These tickets will be available soon for purchase at the SM Tickets website, https://smtickets.com, and at all SM Tickets outlets.

APCC Manila 2016 tickets are now available via SM Tickets with ticket prices PhP550 (one-day pass), PhP850 (two-day pass), and PhP1,050 (three-day pass). All these will give the ticketholder access to various activities, performances, and the main show floor. The event is free for children aged five years and below for all days, but a valid identification is required for verification purposes before entering the show floor.