Singapore Toy, Game and Comic Convention (STGCC) was back this year on the 12th and 13th September 2015, with a brand new line-up of A-list pop culture personalities making their way to the Marina Bay Sands Expo and Convention Center. This year STGCC has invited one of the most renowned Japanese manga artists and character designers — Neon Genesis Evangelion’s Sadamoto Yoshiyuki, 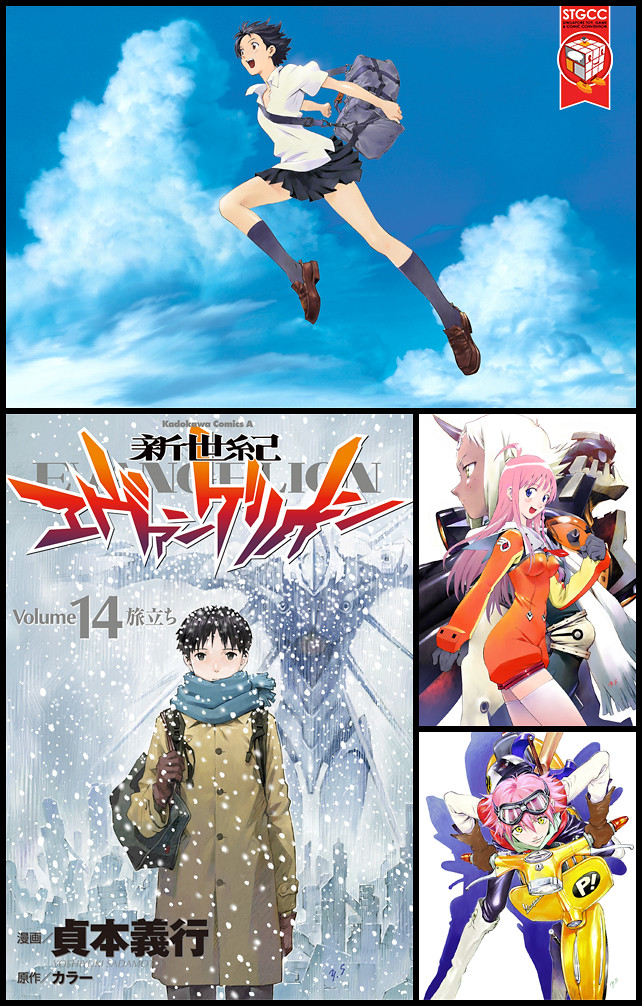 Sadamoto Yoshiyuki is one of the most prolific and well known character designers and manga artists, having designed characters for many hit titles including Royal Space Force: The Wings of Honneamise, Nadia: The Secret of Blue Water, Neon Genesis Evangelion, FLCL, The Girl Who Leapt Through Time, Summer Wars, Rebuild of Evangelion, and Wolf Children. We had the privilege of sitting down with Sadamoto-sensei to ask a few questions.

My major influences include Miyazaki Hayao, Ootsuka Yasuo — who incidentally I share a lot of hobbies with such as cars and military paraphernalia, and Takahata Isao. I also loved a lot of animated shows such as Lupin III, Moomin, and an old and fairly obscure movie entitled “Panda Kopanda” (ED. The film was created by the heads of Studio Ghibli before they put up the studio several years later.). 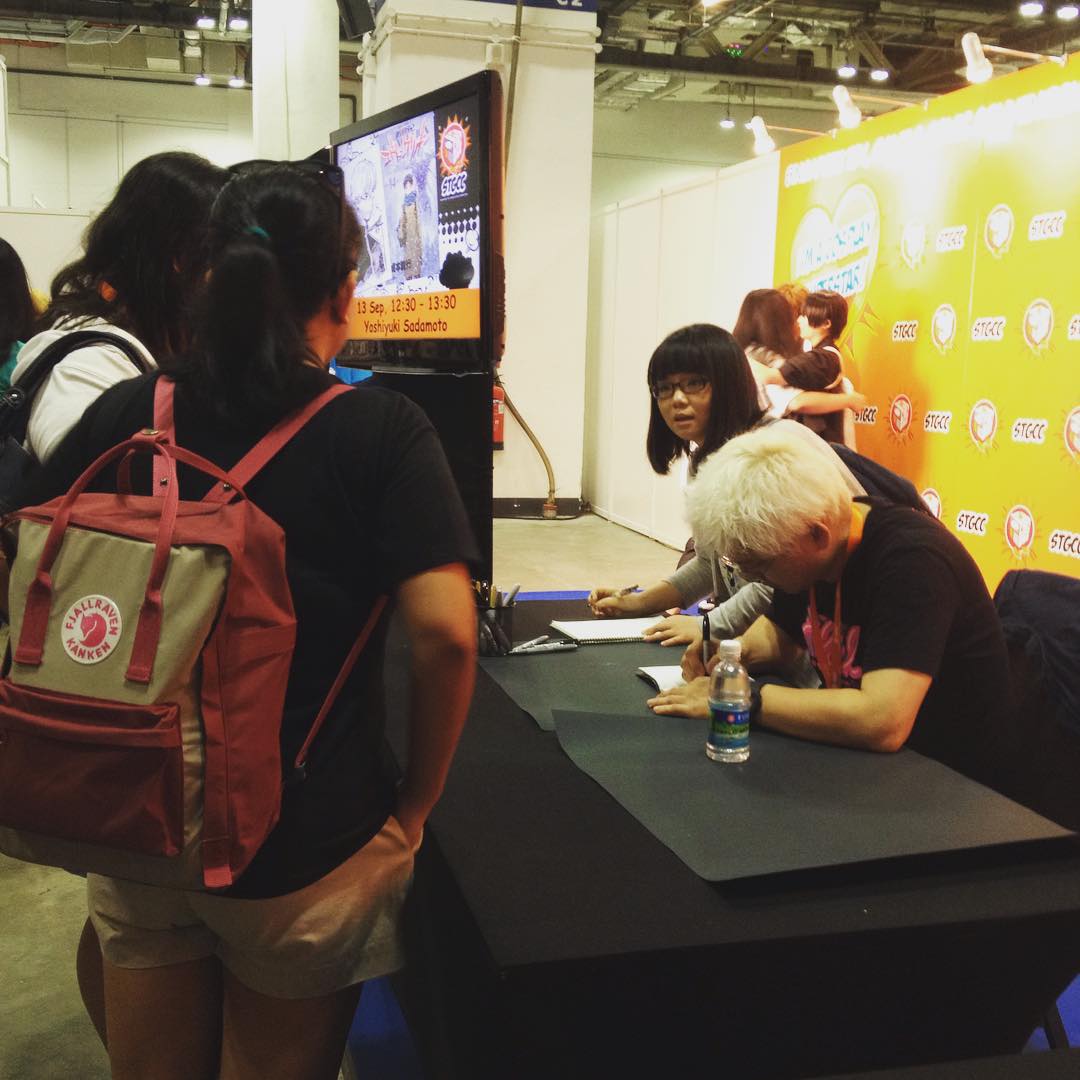 I got into the business thanks to my friends Maeda Mahiro (Blue Submarine 6, The Animatrix, Gankutsuou) and Kawamori Shouji (SDF Macross, Sousei no Aquarion). I was invited to do some illustration work by Maeda, and it started from there.

Among all the characters you designed for different productions, who was your favorite?

If we’re talking about the most effort and time spent in perfecting the designs, I would say FLCL. But when it comes to audience impact and genuine love from the fans, I would say Ayanami Rei from Evangelion. Personality-wise, I am partial to Sohryu/Shikinami Asuka — I can just imagine if Rei and I were dating we would spend three hours not talking at all! But both of them are much too young for me, so if I had to pick a possible girlfriend I would go for Katsuragi Misato. 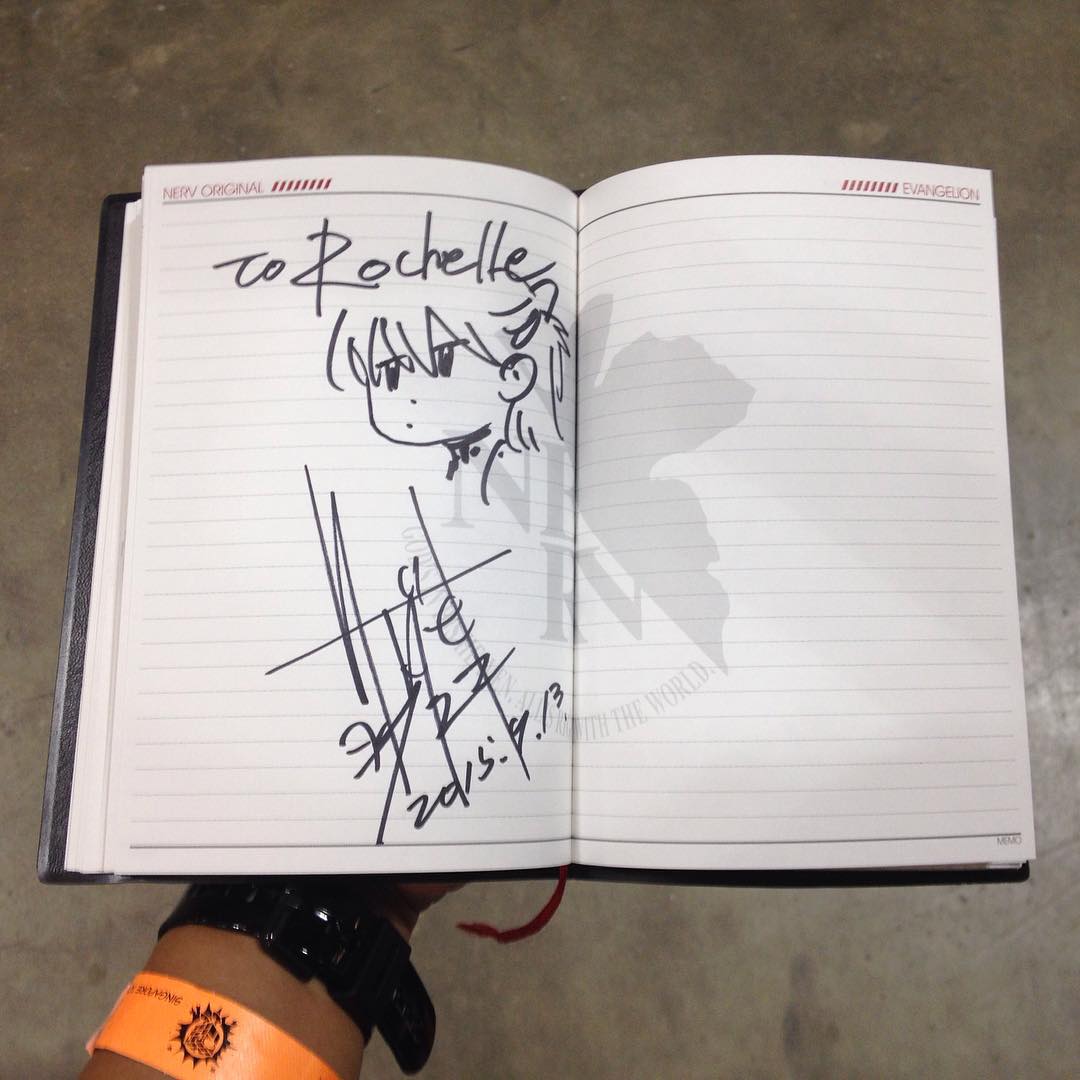 What was the most surprising thing you experienced while working on Evangelion?

That it was successful! For the original series, the budget was so low — only half of our projected costs. However, I think that was a good thing because I was given the freedom to design the characters to my preferences — which were, at the time, heavily influenced by the music I listened to and other titles I read such as works by Kuramochi Fusako.

To wrap this up, do you have any advice for aspiring artists and illustrators?

Art as a job is full of tough decisions, so you should learn to differentiate it from art as a hobby. Take advantage of the internet — we didn’t have that technology when we were just starting out. Use it to see if your audience is receptive to your work. But don’t forget that the internet as a tool has good and bad uses, so make sure that you don’t abuse its power.