EGOIST is a Japanese musical unit consisting of producer ryo (supercell) and songstress chelly. Using cutting-edge 3DCG technology, watch chelly’s alter-ego Inori (Guilty Crown) perform in real-time as she moves in tandem to chelly’s body movements. With improvements to this “Virtual Live” system, this is one high-tech concert experience not to be missed! But before chelly can bring Inori to life, she sits down with us for a quick chat about life as part of EGOIST. 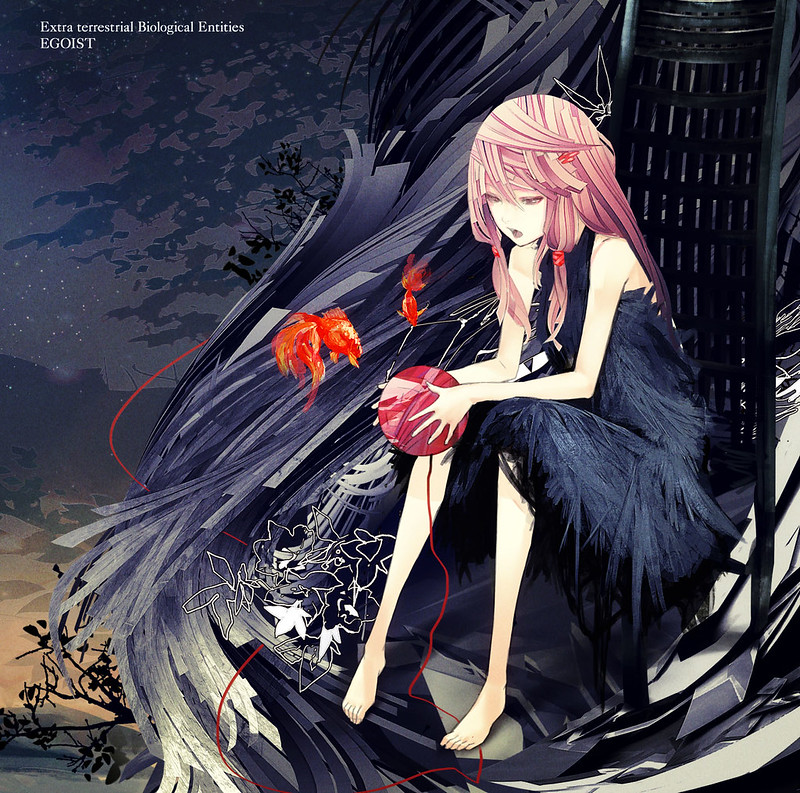 Do you have a favorite musical artist?

I have listened to quite a number of artists since I was young. For Japanese artists in particular, I really like one of my fellow singers ENE — she has been very supportive of me.

You have been chosen in an audition to be the vocalist of EGOIST. What was that experience like?

If you did not end up with with a singing career, what job would you wanted to have instead?

If I wasn’t a singer, I would’ve ended up being an artist or an illustrator. I just really love the arts — I even took up courses in school for it. I just really like the process of creation.

If you were going to outer space and could only take five things with you, what would they be?

Oh my gosh — that’s hard! I think I would like to bring some water (laughs), maybe some art supplies so I can draw, some of my favorite foods — shiitake mushrooms in particular (laughs), a radio cassette tape player, a device to browse the internet on plus an internet connection!

Would you be interested in holding a gig in the Philippines? Do you have a short message for your fans there?

Yes, I would definitely love to come and do a concert. When I think of the Philippines, the first thing I think about is bananas! Philippine bananas are delicious! I am definitely looking forward to holding a live concert in the Philippines soon. So please keep listening to my songs!

Sony Music Entertainment (Japan) Inc. was established in 2003 and headquarted in Chiyoda, Tokyo for the management and administration of its various subsidiaries. They have wide-ranging businesses, which include the planning, production, and distribution of audio/video music products and animated works, to artiste management, concert promotion, and operations and management of performance halls and more. The multiple subsidiary companies are consolidated into several groups that generate synergy between business functions.