The STGCC Championships of Cosplay makes its debut in 2015 as the most prestigious costume contest in Singapore! This is a stop in the “Quest for the Crown”, a new global Cosplay competition circuit that celebrates the very best in Cosplay design from all over the world. 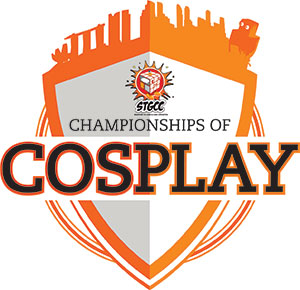 For the first time ever, the STGCC Champion of Cosplay will represent STGCC in the 2016 C2E2 Crown Championships of Cosplay in Chicago, the final round in the Quest for the Crown Cosplay Competition Circuit. The STGCC Champion will battle it out with the best cosplayers in the world for a shot at the crown and amazing cash prizes.

The STGCC Championships of Cosplay is a celebration of all pop culture. It is a craftsmanship award show with a pre-judging session and a stage display. All entries must represent a character or element from the pop culture realm within one of the following 5 categories:

Shortlisted contestants will be pre-judged for craftsmanship off stage and then battle it out at STGCC for the first place to win prizes and ultimate bragging rights as the STGCC Champion of Cosplay.

Contestants will provide STGCC with a brief costume description for the emcee to read as they cross the stage and exhibit two to three poses before exiting. No speaking or individualization of music is allowed as pre-selected music will play throughout the event. The time limit per participant on stage is approximately one minute.

Space in the STGCC Championships of Cosplay is limited and entry will be based on each applicant’s form and picture. There are no group entries allowed.

Click on the link to submit your online application for the STGCC Championships of Cosplay. Submission will close on Friday, 21 August at 12pm (Singapore time).