Viva PSICOM Anime & Manga Festival 2015 — slated for 11th July 2015 at the Megatrade Hall 1of the SM Megamall in Mandaluyong City, plays host to the Grand Launch of the Philippine Editions of Attack on Titan and Fairy Tail! 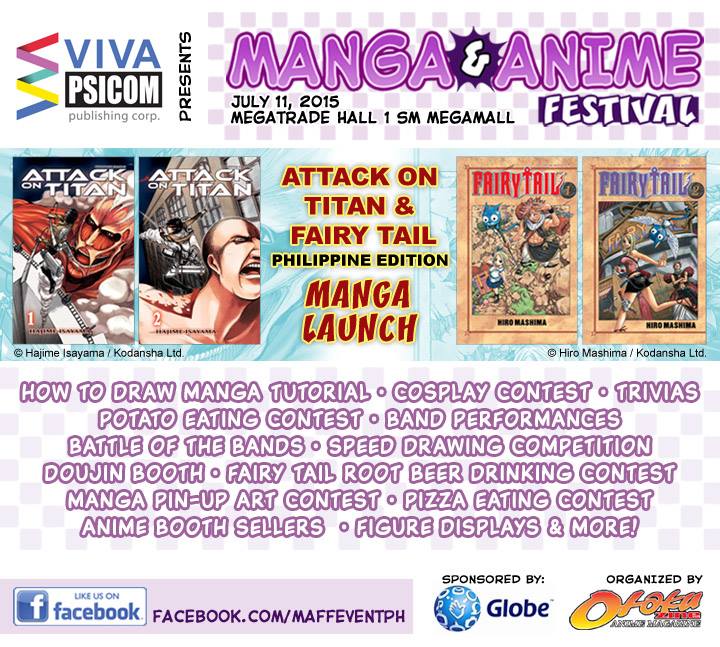 Other activities lined up for the upcoming event include: manga tutorials, a cosplay competition, band performances, a speed drawing copmetition, and many more! Tickets will be available at the gate; ticket prices will be officially announced at a later date.