It was technically our last day in Tokyo, so we wanted to get one more temple visit in before we hot-footed it to Osaka. If Meiji Shrine was our home shrine, then Asakusa Temple was our home temple, and we always tried to visit with every trip. It’s always fun to meander through Nakamise Doori, fight off the hordes of Chinese tourists, and make our way to the main temple Sensoji which supplies o-mikuji and o-mamori to the faithful (or curious). 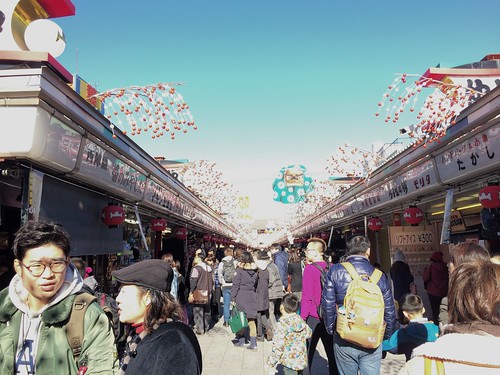 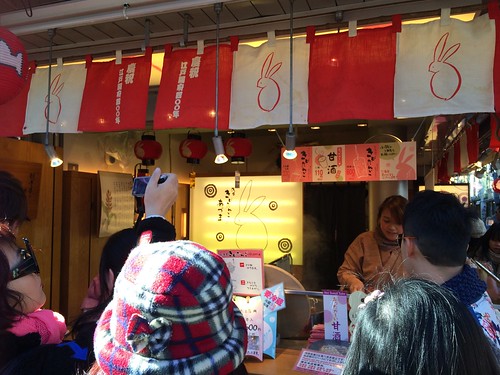 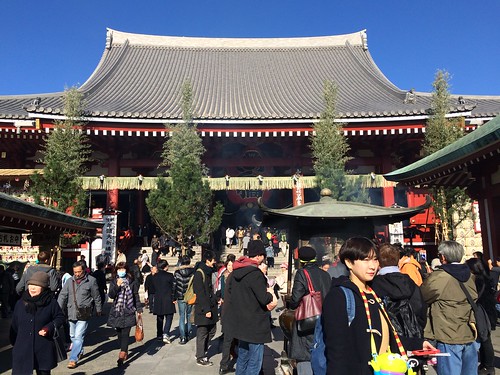 Aside from bringing luck or deflecting evil, o-mamori are seen as a small donation to the shrine or temple, so we always try to bring one or two home from our shrine and temple visits. They are also pretty nifty souvenirs from Japan, as they spread the good vibes around. Some o-mamori are thought to be exceptionally powerful, like school or study o-mamori from Sensoji Temple, victory or success o-mamori from Zojouji Temple, and love and romance o-mamori from Meiji Shrine. 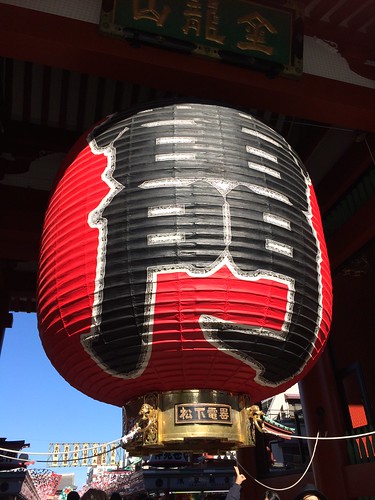 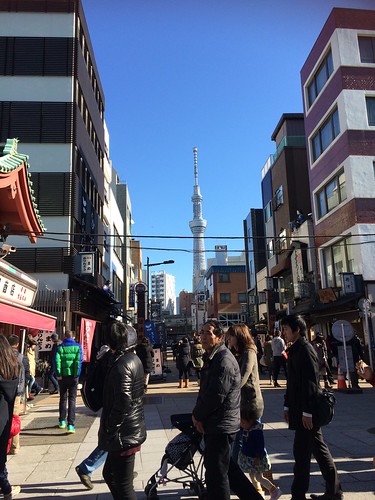 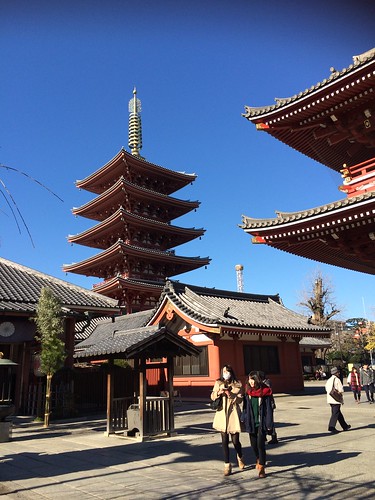 With darkness falling over the city, we made our way to Ikebukuro station to finally swap our Japan Rail Pass Vouchers for the actual pass, and catch our bullet train for Osaka. Everything would’ve been peachy, if we didn’t have an unfortunate run-in with some fellow Filipino tourists >.> They were so pushy and arrogant — demanding that we help them even if we were in the middle of transacting with the JR staff (and in a hurry too because we were really close to missing our train) — just because we all bore the same passports >.>

Even worse, the obnoxious lady that led the group of thirteen had the gall to insinuate — in an overly loud voice to make sure we heard her — that we were rude and unsympathetic for not assisting them immediately. Excuse you — you are the rude one here, you old hag >.>

First of all, you were the one who practically screamed at me and grabbed my backpack from behind while I was in the middle of a conversation with the Japan Rail staff. Second of all, you are the one asking a favor from me so you have no fucking right to insinuate that I am arrogant and uncaring. And lastly, it is not my fucking fault that I can speak Japanese but refuse to translate for you because honestly people pay me to translate for them and I don’t see you signing a check so back the fuck off and chill the fuck out