We decided to spend Christmas Day in Harajuku and Shibuya. We always make it a point to visit Meiji Jingu in Harajuku whenever we are in Tokyo, as we consider it our “home shrine” and always come to give thanks for another trip to Japan. We do this according to Japanese belief by hanging ema or wooden prayer tablets, which the shrine priests burn to send the intentions up to heaven. With the New Year so close as well, preparations for Hatsumode were already in full swing — lanterns and barriers were set up, as were temporary food stalls and stalls that sold o-mikuji (fortunes) and o-mamori (amulets). 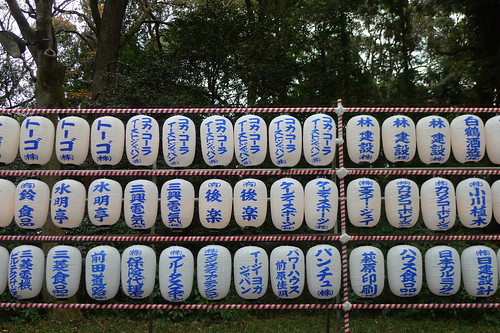 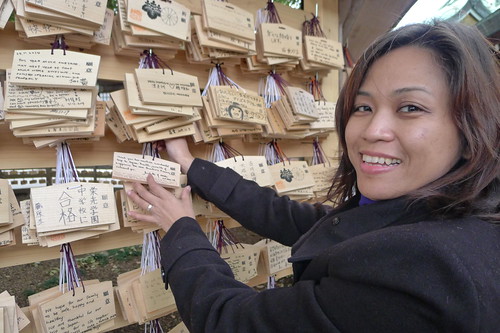 Our religious duties done, we made our way to Harajuku’s infamous Takeshita Doori, which is their answer to Divisoria. Cut-price fashion and Tokyo teen trends collide in this narrow alley, so fans of decoraa, lolita, and mori girl culture should not give this area a miss! If shopping has tired you out (or if you’re just not interested), there are also plenty of interesting street eats to be had — from Harajuku-style crepes to chocolate-dipped potato chips. If high-street fashion is more your thing, take a stroll down Omotesando instead and ogle the giant window displays by brands such as Louis Vuitton, Prada, and Dior. 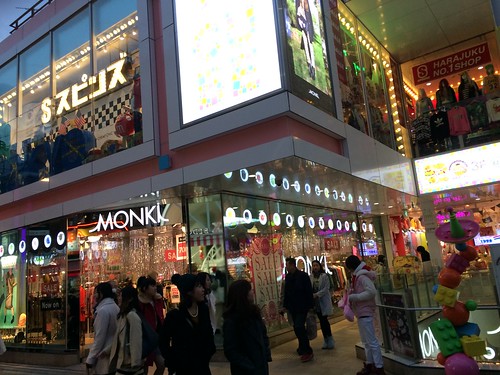 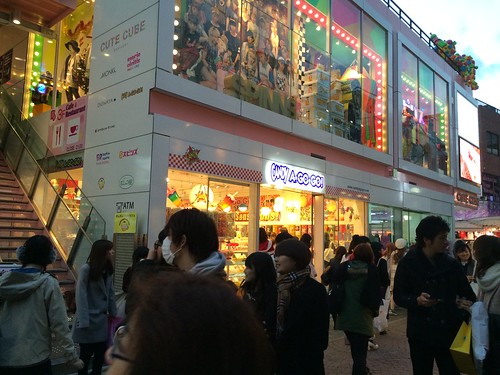 We actually prefer more mainstream brands like Uniqlo and GU, so halfway down Omotesando we took a right and walked all the way to Shibuya. It’s only a ten to fifteen minute walk, and there are two ways to do it: follow the outside border of the old Yoyogi National Stadium until you get to the NHK Studios and take a left, or follow Meiji Doori until you see Tower Records Shibuya. We immediately made a beeline for Tokyu Hands Shibuya (as apparently our shopping spree at Tokyu Hands Ikebukuro was not enough) and Mandarake Shibuya (which is pretty awesome because not a lot of people go here), and then got coffee at the busiest Starbucks in Tokyo to take in the Scramble Crossing crowd. 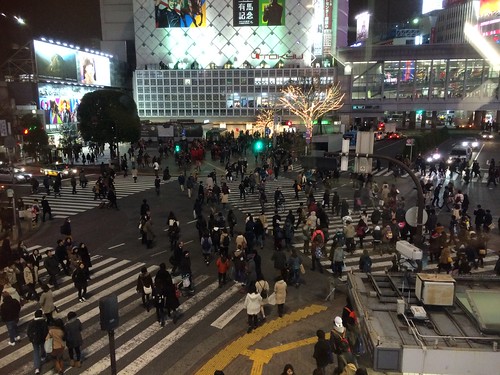 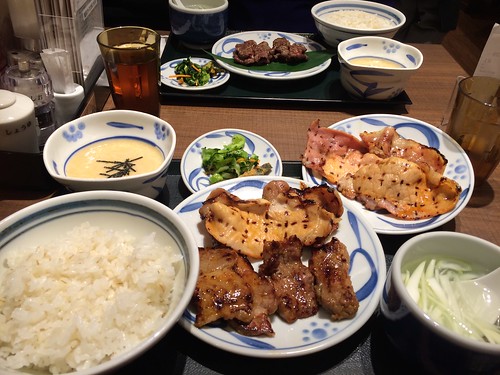 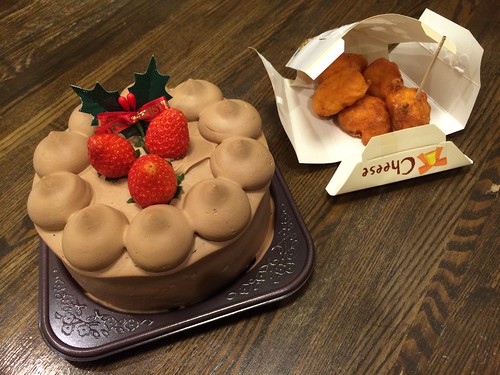 After dinner, we went and got ourselves Christmas Cake and chicken, as per Japanese Christmas traditions. Personally it’s much better to do this on Christmas DAY rather than Chirstmas EVE, as cakes are sold at half-off, or more! This practice actually gives rise to the cruel convention in Japan that women are like Christmas cakes, and that they should get married by the time they are 25 years old otherwise their value drops by half! >.> Misogyny aside, half-off cake is still half-off cake, so we thoroughly enjoyed our strawberry and dark chocolate cake and some famous Lawson chicken nuggets (which Chef David Chang loves like an insane person).