We arrived at our Osaka AirBNB apartment pretty late the previous evening, so we decided to sleep in and ride the noontime shinkansen for Kyoto instead of the 8AM train we originally listed in our travel plans. Thanks to our Japan Rail Pass, we could afford to switch trains at the drop of a hat, and do multiple city tours commuting via the bullet train system. Instead of two hours via local train, we reached Kyoto in just twenty minutes, so we managed to do the rest of the things on our itinerary. 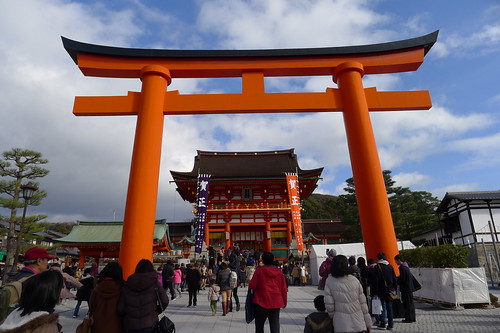 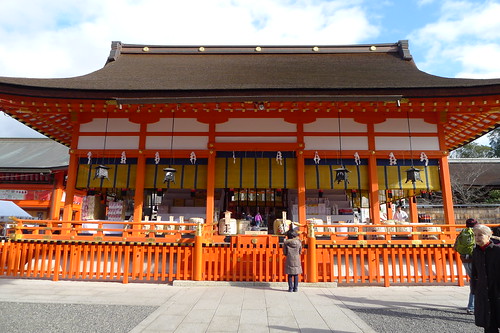 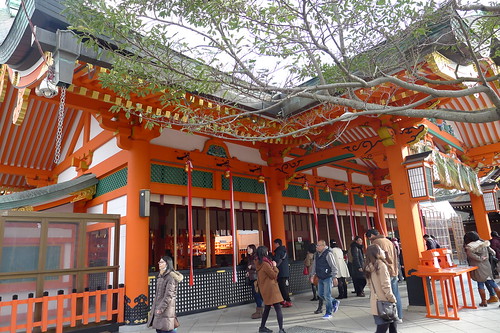 Our first stop of the day was Fushimi Inari Shrine on the outskirts of Kyoto. It can be reached easily from Kyoto Station, just two stops away via their Nara line. The Fushimi Inari Shrine complex is actually a number of different shrines built on the same mountain. Aside from the main shrine at the base of the mountain, there are a number of smaller shrines such as the Inner Shrine (where the fortune-telling stone Omokaru-ishi is located), the Doll Shrine (next to the bamboo forest), and Kumataka Shrine (next to the famous Echo Lake). 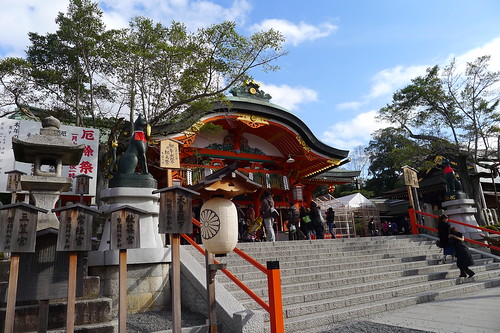 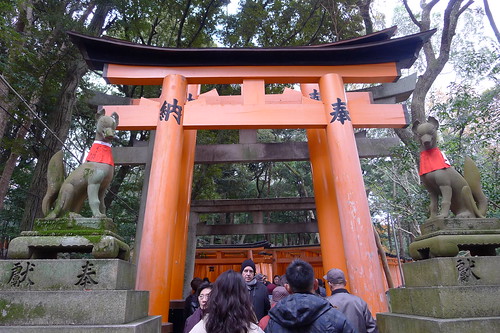 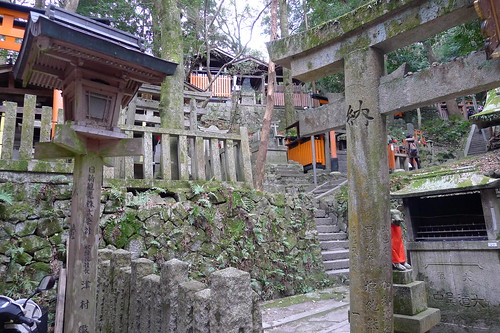 We made it as far as Echo Lake before turning back, mainly because we kept overhearing local Japanese tourists saying to each other that past Echo Lake the incline was as steep as 75 degrees, and so we chickened out. But that was fine since we at least made it halfway up the mountain (most tourists turn back after the first third of the climb), and we also met a fat and friendly stray cat who let us pet him while he napped near the torii gates. 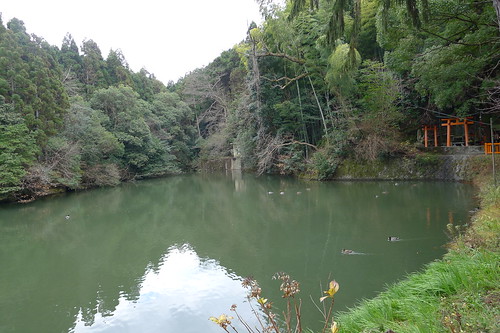 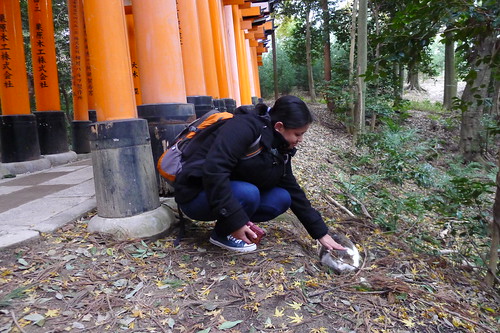 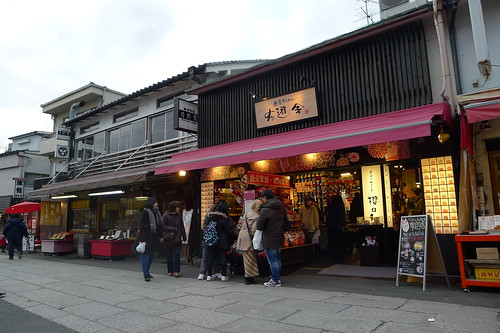 After making our way down the mountain and past the shops, we took the train back to Kyoto Station, and then rode the bus for Yasaka Shrine and the Gion District. Unlike other shrines that close before sunset, Yasaka Shrine was open well past six in the evening, mostly to cater to their main clientele — the maiko and geiko of the Gion District, who come to pay their respects before proceeding to their well-heeled clients. 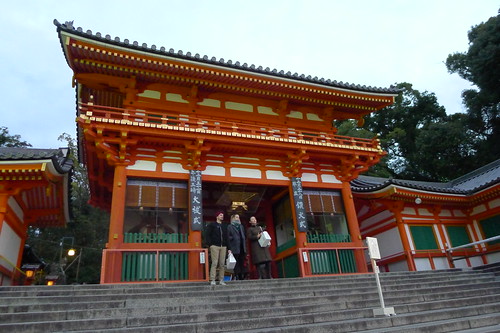 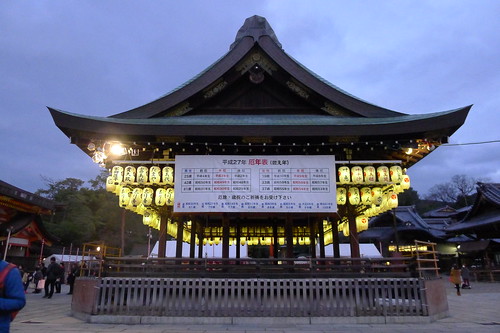 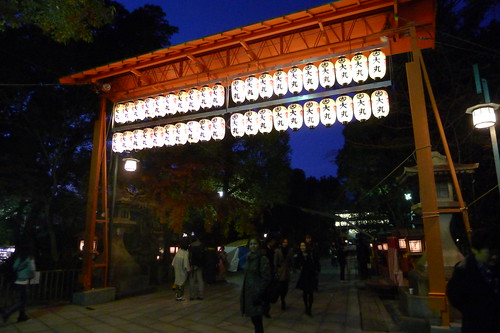 We were unable to spot any maiko or geiko making their way around, as it was late and they were all obviously already entertaining their respective clients. But that’s no big deal as you can always find them around Kyoto, and we were much more interested in Higashiyama’s shopping district in front of Yasaka Shrine. This is a fantastic place to score traditional souvenirs and sweets — such as chirimen kimono fabric purses and bags, or freshly made nama yatsuhashi dumplings made with rice flour and red bean paste.