The Manga-Anime Guardians Project has formally inducted Takanori Nishikawa (better known by his pop music moniker T.M.Revolution) as one of their councilors in the recently concluded AnimeJapan 2017, held last 23rd to 26th March 2017 at Tokyo Big Sight. 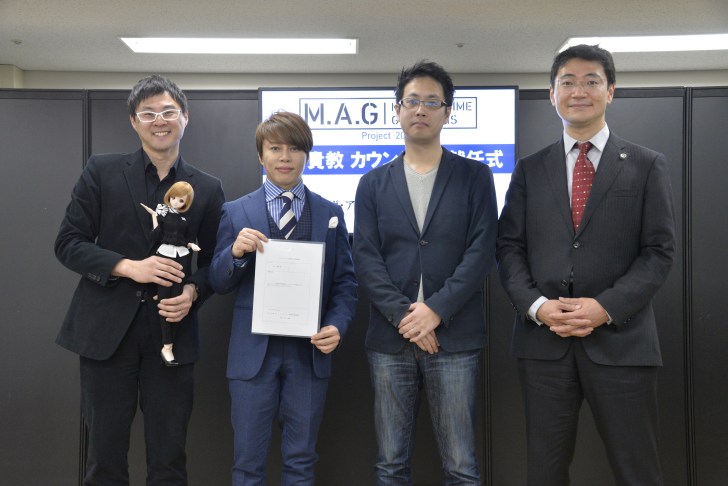 The Manga-Anime-Piracy Committee, in which Takanori Nishikawa was inaugurated as councilor, is commonly referred to as the Manga-Anime Guardians Project (MAGP). It was established in 2012 and consists of numerous comic publishers and anime companies. As its alias suggests, the committee serves as a “guardian” that aims to stop the circulation of pirated digital anime and manga in Japan and other countries.

It also aims to assist in developing a system that provides fans outside of Japan with authorized access to content. Under the support of the Ministry of Economy, Trade and Industry, the committee operates with renowned supporting organizations including Aniplex, Kadokawa, Shueisha, Studio Ghibli, and Toei Animation.

Through a range of activities such as the opening of Manga-Anime Here, a website that directs fans to authorized content, MAGP has continued to make steady progress in its operations. With the inauguration of Takanori Nishikawa as its councilor, more positive progress is sure to come. The Manga-Anime Guardians Project ~Takanori Nishikawa Councilor Inauguration Ceremony~ can be considered as an important step towards further success. 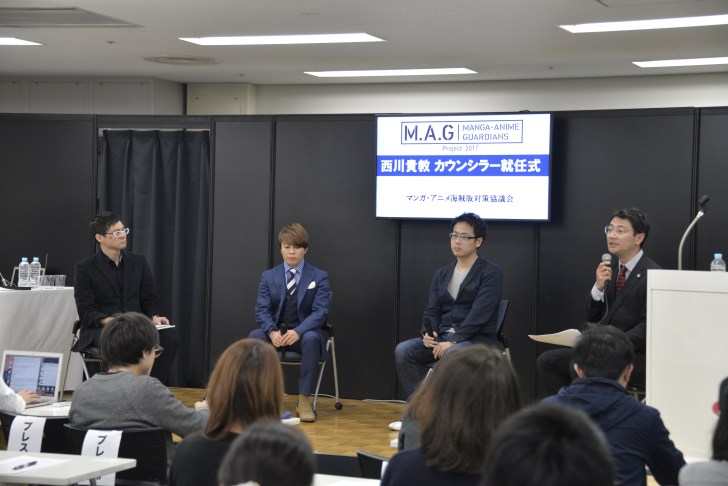 MAGP is not only focused on countering pirated content circulating on the Internet but is also making efforts in raising copyright awareness, negotiating with search engine operators to encourage authorized distribution of content, and other enriching activities. Because MAGP operates while paying close attention to the voices of anime fans, it decided to appoint Nishikawa as its councilor to bring the project closer to the fans. 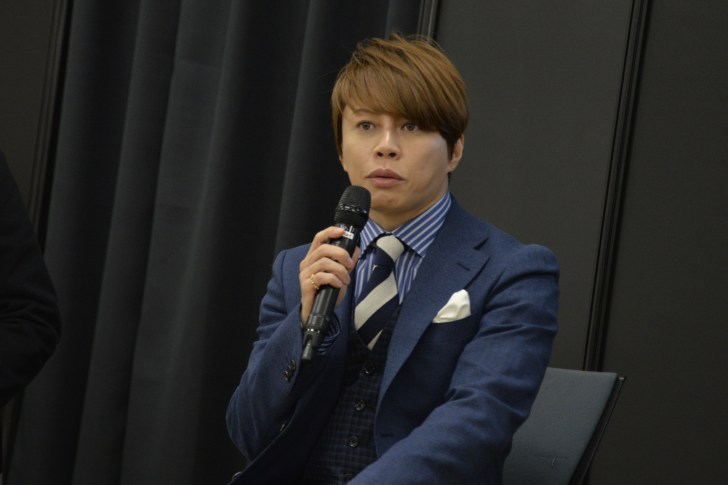 When requested to comment on his inauguration, Nishikawa began by sharing his experience in “animemirai”, an experimental project launched by the Agency for Cultural Affairs to elevate the status of anime production staff and improve their working environment. “Products of animemirai such as “Death Billiards” and “Little Witch Academia” are being broadcasted on television. When we share the content that we love so much with other viewers in Japan and other countries as well, I believe that it’s important for us to focus on protecting authorized content,” Nishikawa stated.

“Of course, the focus isn’t only placed on limiting distribution. It’s also about opening the gates to other countries and regions so that more viewers will have access to authorized content. I truly appreciate this opportunity to exchange opinions with everyone here, and I will be sharing my experiences with the rest of the committee,” Nishikawa added while showing enthusiasm for his new role as a councilor.

Furusawa followed by expanding on the proliferation of digitally pirated content outside of Japan.

“To popularize animation outside of Japan, we will continue creating environments that allow for simple, instantaneous, and authorized distribution of large volumes of content. Furthermore, we need to develop revenue models – in which product sites themselves should be included – that make it possible for profits to be earned from other countries.”

“Fans who live outside of Japan do not consume pirated content because they prefer to do so. When they search for a title, the results that come back are often pirated. There are even times when fans outside of Japan will innocently go on and tell directors that they watched pirated versions of their work,” Furusawa said before letting out a strained laugh.

“In the case of ‘Your Name.’, fans residing in China who watched the previous works from Director Makoto Shinkai through inauthentic routes still visited theaters for his new film. Exposure to a title could make someone to gain interest and become a fan. It would be ideal if all access to content could be made through official and authorized routes, though. Since this task is too much for a single organization to handle, we need support from the government and also from the industry as a whole. In my opinion, if we do not popularize Japanese animation in other countries in the near future, the industry will not be able to grow,” warned Furusawa.

Furusawa’s statement was enough to make one wonder whether or not the exportation of Japanese anime through “Cool Japan” that was highly praised some time ago could truly be considered a complete success. Nishikawa was also well aware of the situation, and added to the discussion with the following powerful comment:

“Many of Cool Japan’s policies were unclear or difficult to understand. Parts of their operations only involved requests for funding from the government and didn’t lead to any actions. Rather than settling for a budget that isn’t made for specific actions, I think we should work together to increase the awareness and understanding of the issue that the Ministry of Economy, Trade and Industry and other politicians have by asking them to watch more anime. As consumers of content, I feel there may also be a need for all of us to examine whether or not quality content is actually being offered.”

Okeda responded to Nishikawa’s comment by directing the discussion back to the MAGP’s role in encouraging authorized distribution of content and its activities in hosting a workgroup for digital strategies. The workgroup summarizes issues that individual organizations cannot resolve on their own, and also makes concrete requests for assistance to the government. Through such practices, MAGP is able to unite the government and privately held companies to counter piracy and encourage authorized distribution of content. 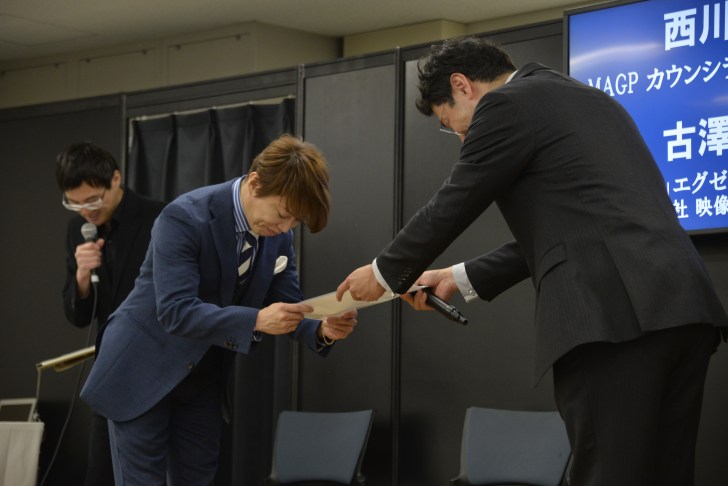 The Future of the MAGP

A wide range of topics including national differences in demands for subtitled or dubbed content, as well as the rise of the Chinese film market to the second-largest in the world behind North America, were also examined. At the end of the event, the speakers offered the following closing comments:

“Over the next twelve months, Mr. Nishikawa will be sharing our message with others at various events and occasions. Although MAGP is a supporter behind the scenes [in the anime industry], we aim to serve as a committee that can bring the industry together to discuss common issues and themes that we are working on.”, stated Daisuke Okeda.

“Five years ago, TOHO established a department that is dedicated to anime. Since the establishment, we have become closer to the foreign markets that have now become significant sources of revenue. In my opinion, the growing population of China and the people of Korea – who are becoming more willing to accept and consume Japanese anime – are opportunities that have yet to be explored. In the future, I believe that Asian anime fans will move past anime and also come into contact with other parts of Japanese culture. Opening up these new markets will require plenty of energy, but if we go ahead and do so, we should be able to look back 10 or 20 years from now and be glad that we did. This event reminded me of the need for us to offer all the energy we have to reach our goal.”, added Yoshihiro Furusawa.

“The formalness of the name MAGP and the fact that it’s a project belonging to the Ministry of Economy, Trade and Industry gives it a rather harsh image. However, we want to share what creators have put their hearts and souls into through an authentic and improved format. Our project is all about being there to offer help and support. Through this project, I hope we can share the awareness of Japanese creators – or something similar to that – to the rest of the world in a straightforward fashion.”, said Takanori Nishikawa.

With thanks to the MAGP and Michi Sugawara for the interview and text, and Misako Ochiai for the coordination.