Get ready for The File of Young Kindaichi R(eturns)! Veteran Detective Hajime Kindaichi is back! The grandson of a famous detective, he is a high school student who is lazy and doesn’t do well in school. However, when he gets involved in a murder case, his real talent is unveiled as he cracks mind-boggling mysteries with his IQ of 180. In this series, he continues to solve mysterious murder cases together with Miyuki by his side. 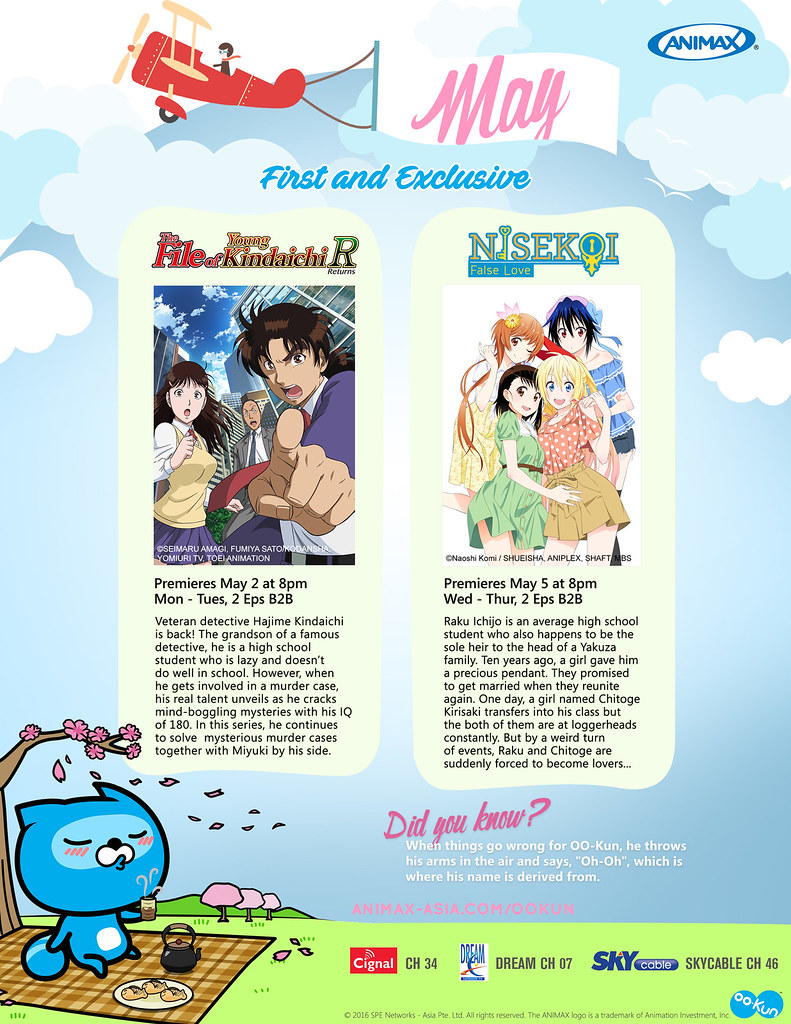 You can also check out NISEKOI — False Love! Raku Ichijo is an average high school student who happens to be the sole heir to the head of a Yakuza family. Ten years ago, a girl gave him a precious pendant. They promise to get married when they reunite again. One day, a girl named Chitoge Kirisaki transfers into his class but the both of them are at logger-heads constantly. But by a weird turn of events, Raku and Chitoge are suddenly forced to become lovers!