Japanese retail giant PARCO has announced on Monday — 25th April 2016, that it will be opening a Pokemon cafe at Everything With Fries Bugis Junction from 27th May to 31st July 2017.

Besides selling an exclusive line of Pokemon merchandise, the cafe will also feature 12 special dishes on its menu. A Pikachu mascot could also turn up during the period for photo taking. 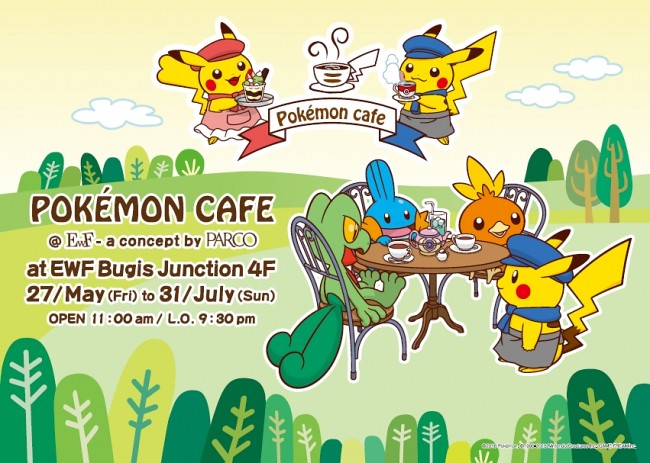 This concept will be the first in Southeast Asia following its success of Shibuya’s Pokemon cafe from January to March 2015.