UP AME is the organizer behind the successful and phenomenal AME fairs, among them were ‘AME Track 10’ (2010), held at the SMX Convention Center, ‘AME Monogatari’ (2011) and ‘AME 1UP’ (2013), both held at the World Trade Center. Each of these events were attended by no less than three thousand (3000) people. AME’s most recent fair, ‘AME Fair X’ was held at the World Trade Center in cooperation with Worldbex Services International. 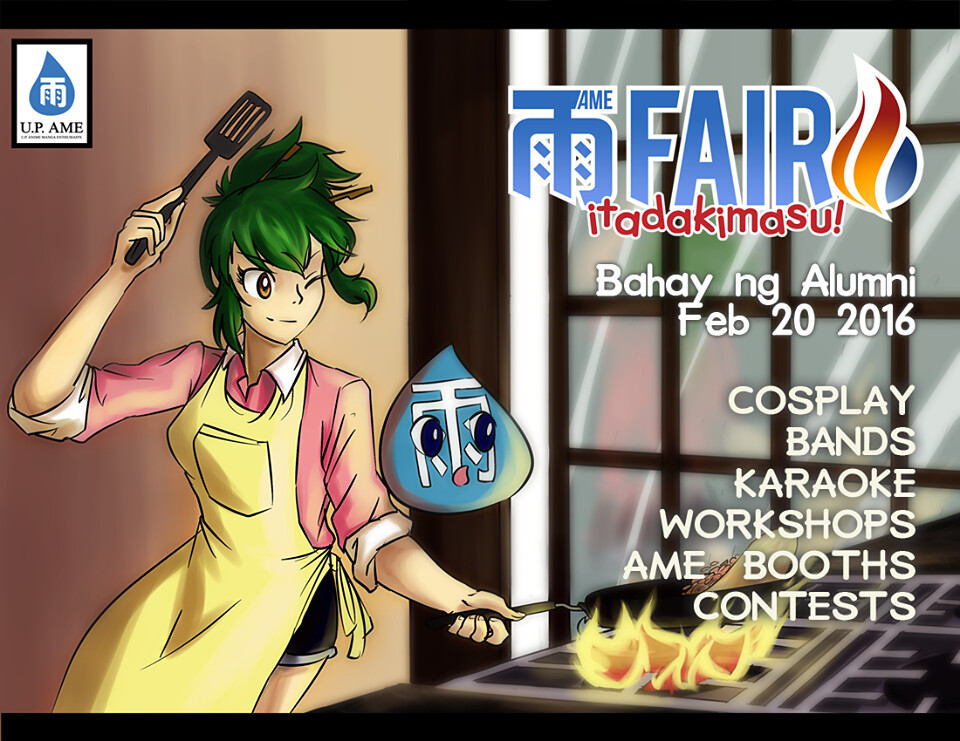 This year, UP AME is returning to its roots and will be holding another fair entitled ‘AME Fair XI: Itadakimasu!’. The event will be held in the Bahay Ng Alumni, in the University of the Philippines, Diliman on the 20th of February, 2016. This event will serve as UP AME’s anniversary event for the school year 2015 to 2016, as well as its eleventh fair.

The University of the Philippines Anime Manga Enthusiasts, also known as UP AME, is an anime and manga oriented organization accredited by the Office of Student Affairs of the University of the Philippines, Diliman Campus. Since its establishment in November 2000, UP AME has fulfilled its duties of giving in-depth information on the nature of anime and manga and providing an atmosphere for open exchange of ideas.