2016 opened with a bang for local fans of Japanese pop music as ONE OK ROCK brought the SM Mall of Asia Arena’s roof down last 19th January 2015. Composed of members Taka, Toru, Ryota, and Tomoya — ONE OK ROCK is best known to local fans for their singles “Mighty Long Fall/Decision” and “Heartache”, which were themes to the hit manga-turned-anime-turned-film trilogy “Rurouni Kenshin”. 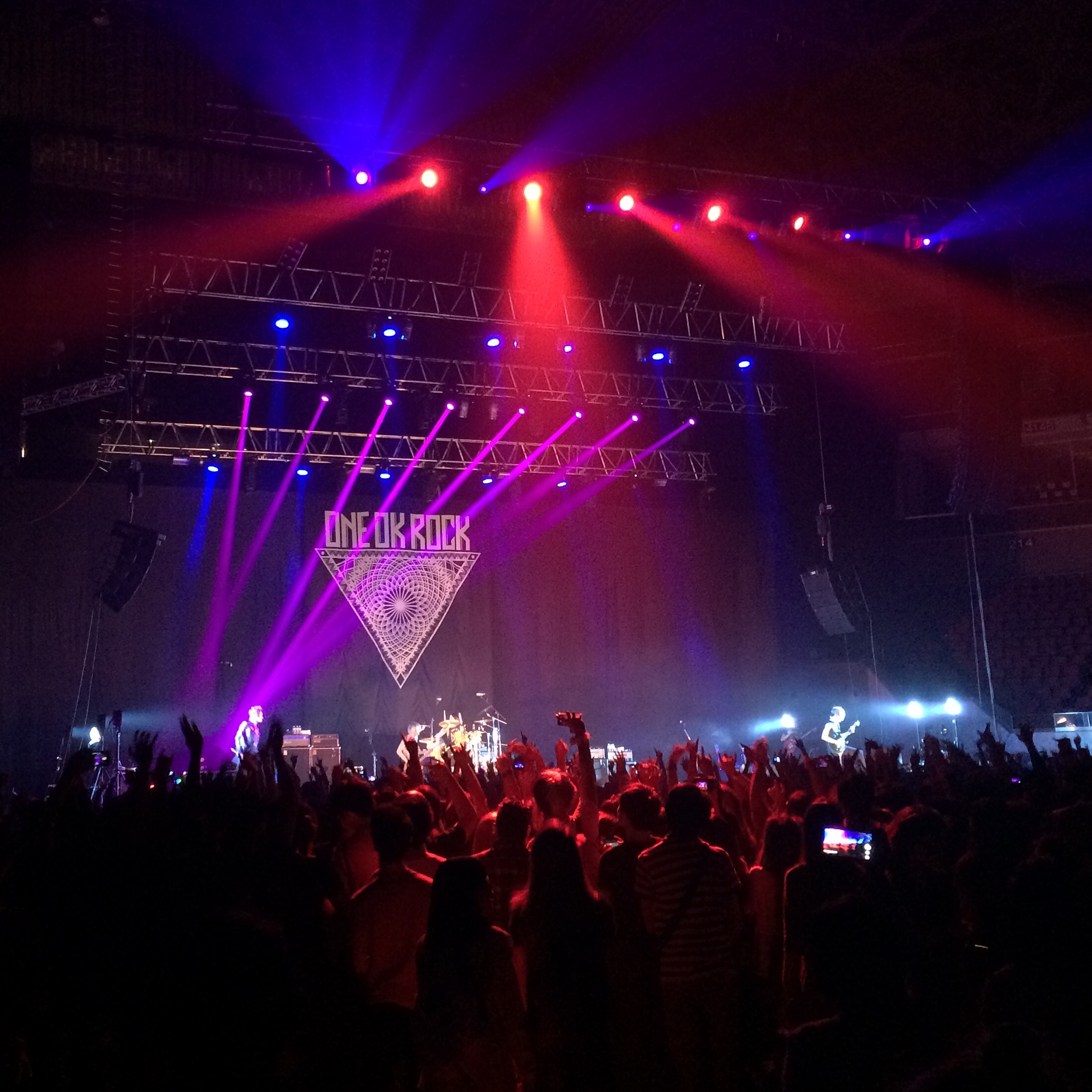 ONE OK ROCK’s arena gig brought a number of firsts to Manila’s steadily rising Japanese pop culture scene: 1) it was the first J-rock concert not attached to a major convention such as Nihongo Festival (SHONEN KNIFE), Cosplay Mania (LOVERIN TAMBURIN), or Best of Anime (HEIDI); 2) it was the first solo J-rock band event organized by mainstream gig promoter PULP LIVE (who also previously invited UCHUSENTAI:NOIZ to their Bazooka Rocks festival); and 3) it was the first major J-rock band tour with a legitimate tour stop and not just a free promotional event in Manila (the only other artists who have done so are female solo acts LISA and EIR AOI). 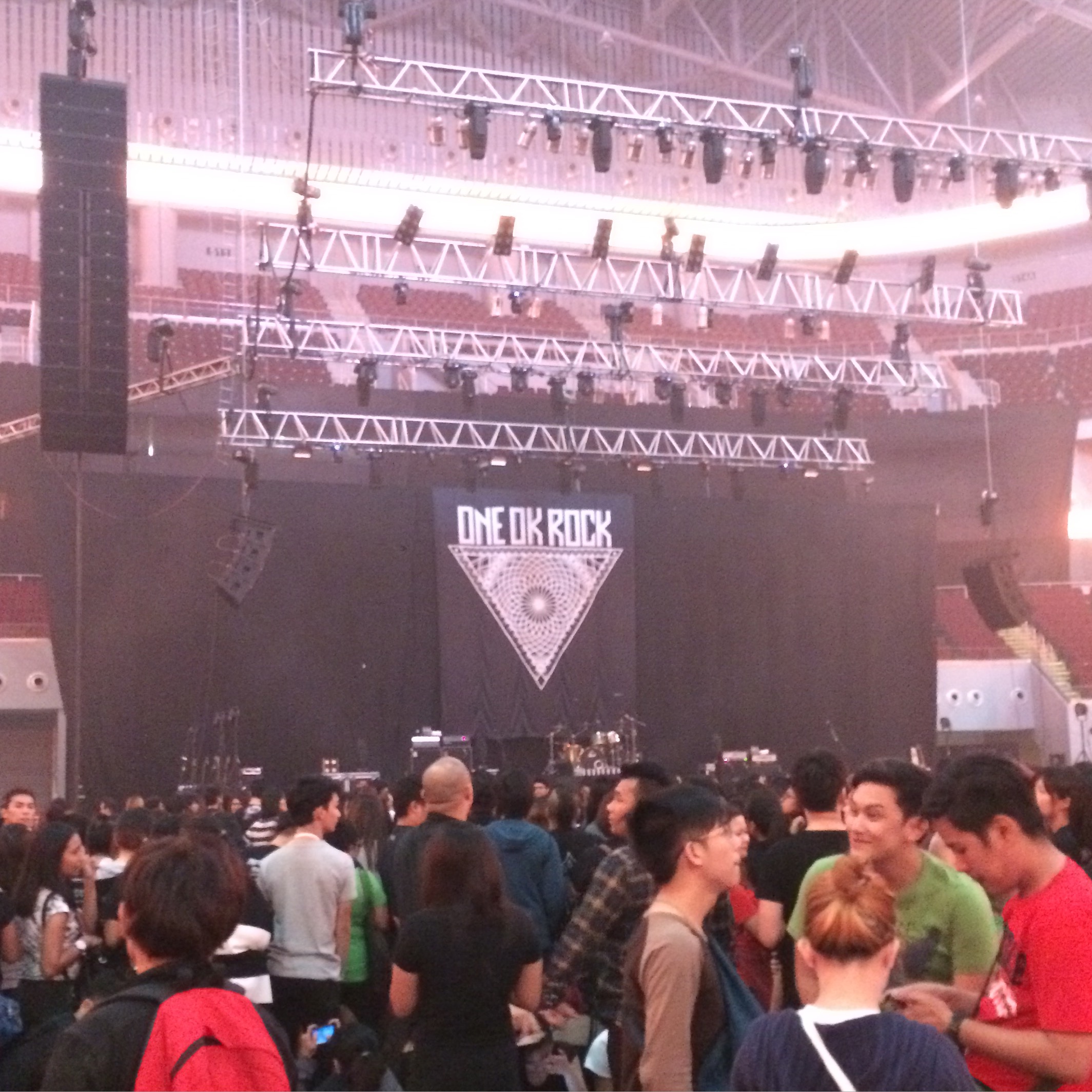 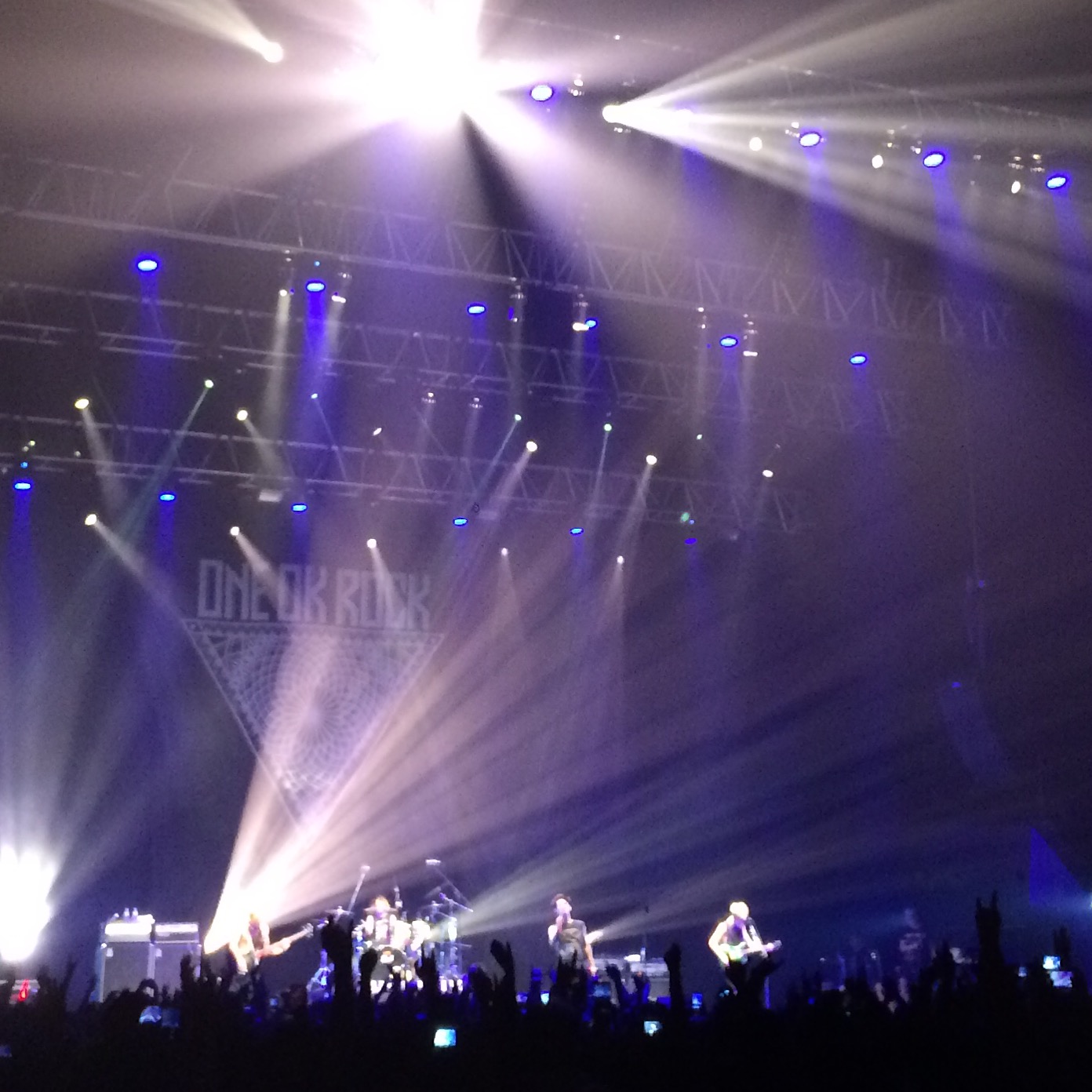 Wherever You Are
No Scared
Kanzen Kankaku Dreamer 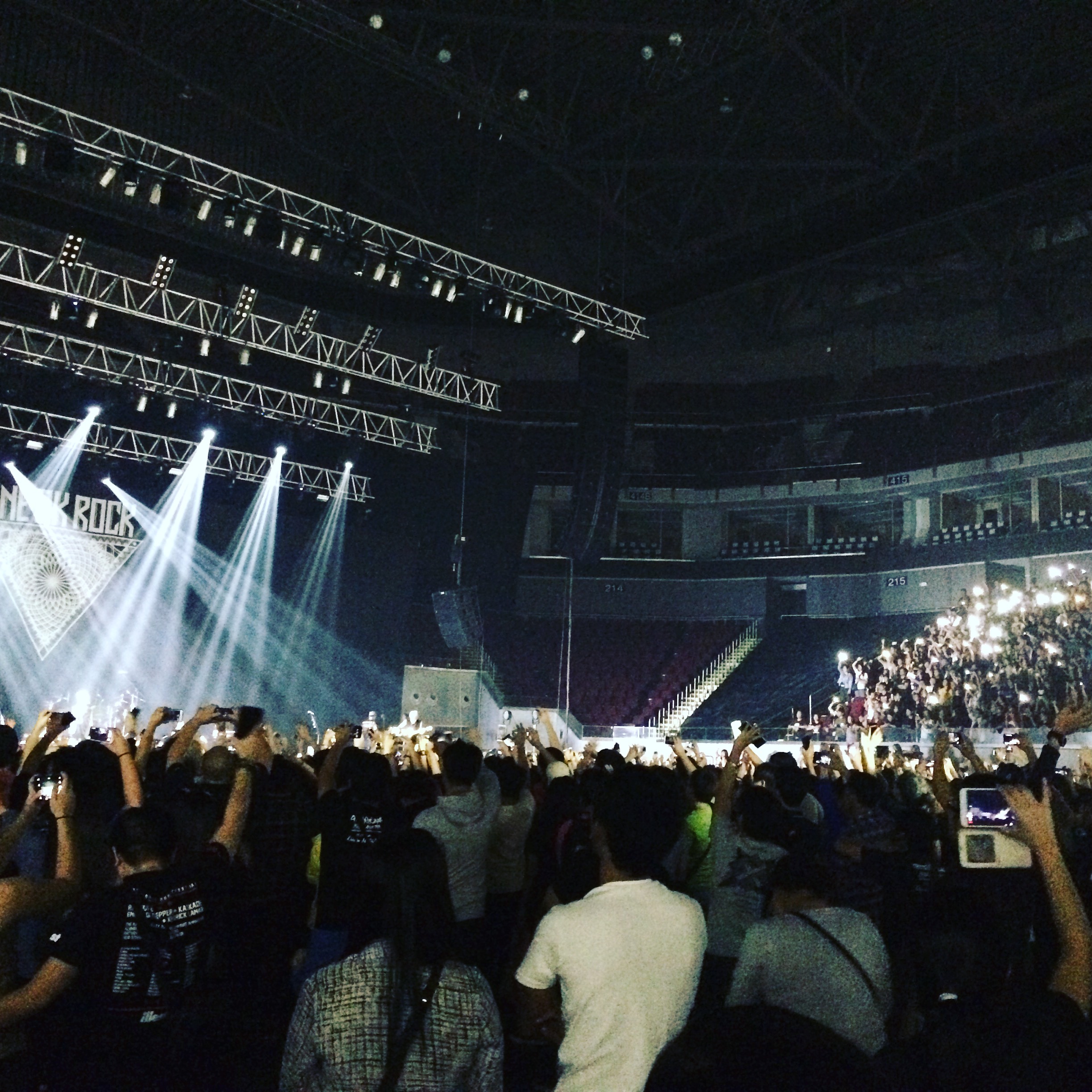 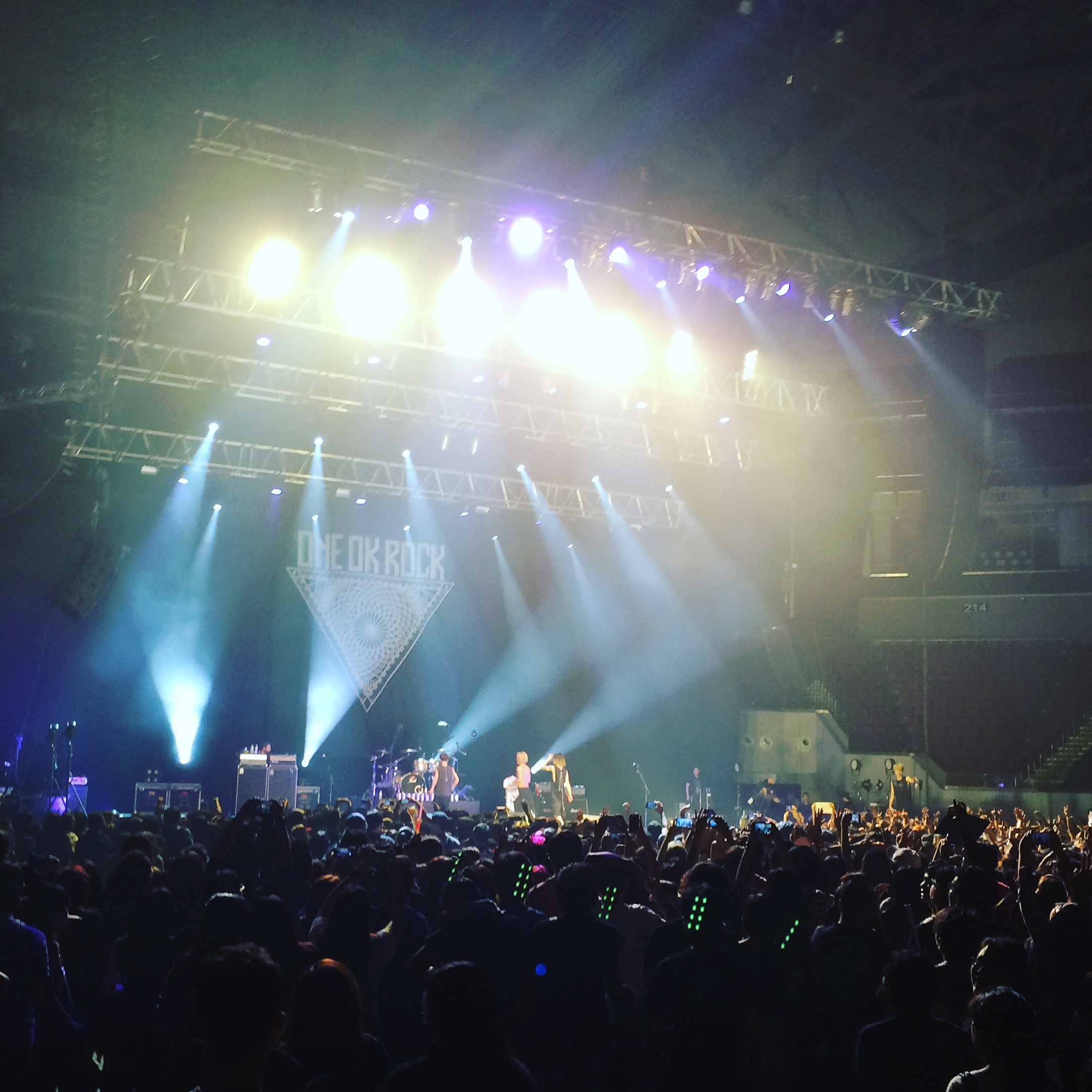 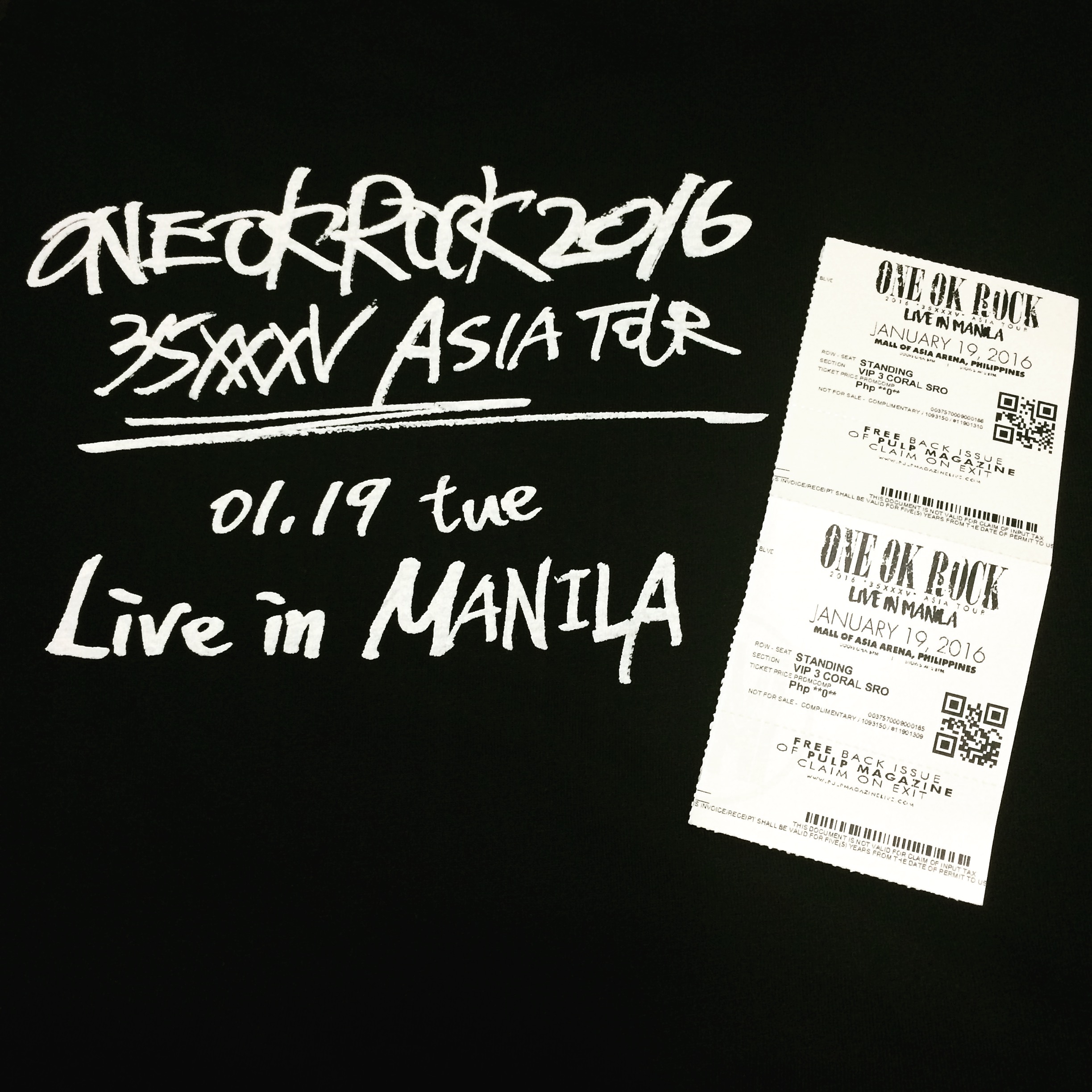 There are several positive things we would love to point out about the recently-concluded gig. One is that despite than higher than average price range for Manila gigs, there was an enthusiastic response to the band’s merch — allegedly selling out twice over the course of the afternoon, until a final merch stand was put up inside the arena in the evening to keep up with the burgeoning demand.

Another is the way many fans have respected the no camcording rule, and enjoyed the event as it was meant to be — in person, and not behind a smartphone. Of course there were a few pics snapped here and there for posterity (we are still the SNS capital of the world ^^;;;;;), but overall (and this has been confirmed by the tour promoter) this was one of the lowest smartphone camcording usage in Manila concert history.

We’re delighted to know that with a little persistence and a lot of enthusiasm, Manila can be a place where our favorite J-pop acts can come to have a good time. Good job to all the fans who campaigned for the band to come to Manila AND paid for concert tickets, and thanks to the guys at PULP LIVE for taking a risk and also for having us at the VIP pit ❤ See you all again next gig!