Day 2 of Cosplay Mania 15 is pretty historic as far as the long-running event is concerned — not only did it play host to the first Philippine Grand Finals of the Asia Nodojiman Karaoke Championships (eventually bagged by two former J-pop Anime Singing Contest Champions Bheibi and Maychel), but also saw the historic win of one of local cosplay’s most talented and most tenacious teams, as well as the first Philippine concert of top Japanese pop star PILE. 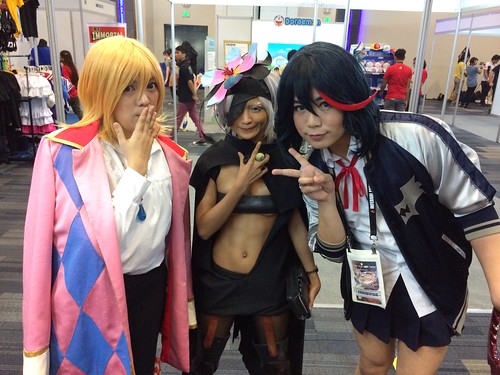 Cosplay Mania 15 is proudly sponsored by Magic The Gathering, ANIMAX, Anime Festival Asia, Haneda Anime Festival, and SM Supermalls. Held on the 3rd and 4th of October 2015 at the SMX Convention Center Function Rooms 2 to 5 of the SM Mall of Asia Complex, the event featured a line-up of premiere Japanese musicians and international cosplay talent from all over the world.

This year was a pretty emotional one for Cosplay Mania’s Tournament of Champions, and for a multitude of reasons. The winner of this year’s championship is the tenacious Team Bankai — who have been competing in the finals since 2010, having finally captured the crown after five long and grueling years in competition. The team showed a lot of talent and heart, making them the perfect pair to take on the rest of South East Asia at the AFA RCC in Singapore.

2015 is also the last year that the event will be handled by one of the cornerstones of Philippine cosplay, Mr. Guy Singson. Guy is one of the most talented, most prolific, and most admired local cosplayers — having won a number of major competitions including the recently concluded APCC Cosplay Authority Global Challenge (where he will be flying to Dubai later this year to compete in the Grand Finals). Guy will be succeeded by the equally able Marko Villaluz, also a top cosplayer and former Cosplay Mania TorCh Champion.

The evening was wrapped up with the second JAM Japanese Anime Music concert — featuring top Japanese talents Itsuki Akira, LOVERIN TAMBURIN, and PILE! PILE sang a medley of songs ranging from her solo tracks all the way to singles from μ’s — the fictional school idol group that she belongs to as the voice actress for Nikishino Maki. You can feel the floor of the top level of the SMX Convnetion Center as fans jumped in unison and sang their hearts out to Aishiteiru Banzai, Snow Halation, and Darling!

Personally, the most memorable thing about the JAM concert was the group of avid Japanese PILE fans from flew to Manila all the way from Japan to see their favorite pop star sing live in front of an overseas audience. The level of dedication they displayed is worthy of admiration, and we can only hope that the Philippine audience treat their favorite cosplay and anisong stars with the same level of dedication and respect.

That’s all for now — see you all again next year for Cosplay Mania 16!