Cosplay.PH together with Magic The Gathering, ANIMAX, Anime Festival Asia, Haneda Anime Festival, and SM Supermalls break boundaries with Cosplay Mania 15! Held on the 3rd and 4th of October 2015 at the SMX Convention Center Function Rooms 2 to 5 of the SM Mall of Asia Complex, this year promises an all-new line-up of premiere Japanese musicians and international cosplay talent from all over the world. 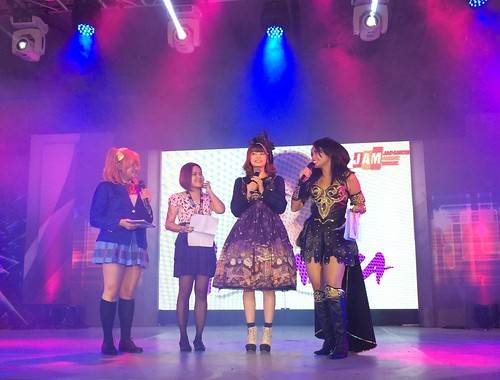 One of the other highlights of the 2015 event is the massive new Hall EX encompassing both Halls 4 and 5. Featuring a mind-boggling array of hobby-related merchandise, there was a little bit of something for everyone — whether you were a hardcore Magic:The Gathering player, a keen collector of Funko Pops, or a collector of hand-made doujin merch created by fellow fans.

On a personal note, we find Ladybeard to be one of the sweetest, friendliest, and hardest working entertainers in Japan today — perhaps even the world! From his/her roots in the wrestling scene in Australia and Hong Kong, s/he is now one the biggest Japanese stars with possibly the widest fanbases — encompassing wrestling, cosplay, idol singing, and metal. We’d definitely pay good money to see him/her again!