Seventeen of Japan’s biggest and freshest anisong acts are in Singapore for Anime Festival Asia’s I Love Anisong Concert series big “REBOOT”! From the 27th to the 29th of November 2015, anisong fans can look forward to adrenaline-pumping performances of theme and image songs from some of of the region’s latest and hottest anime titles! 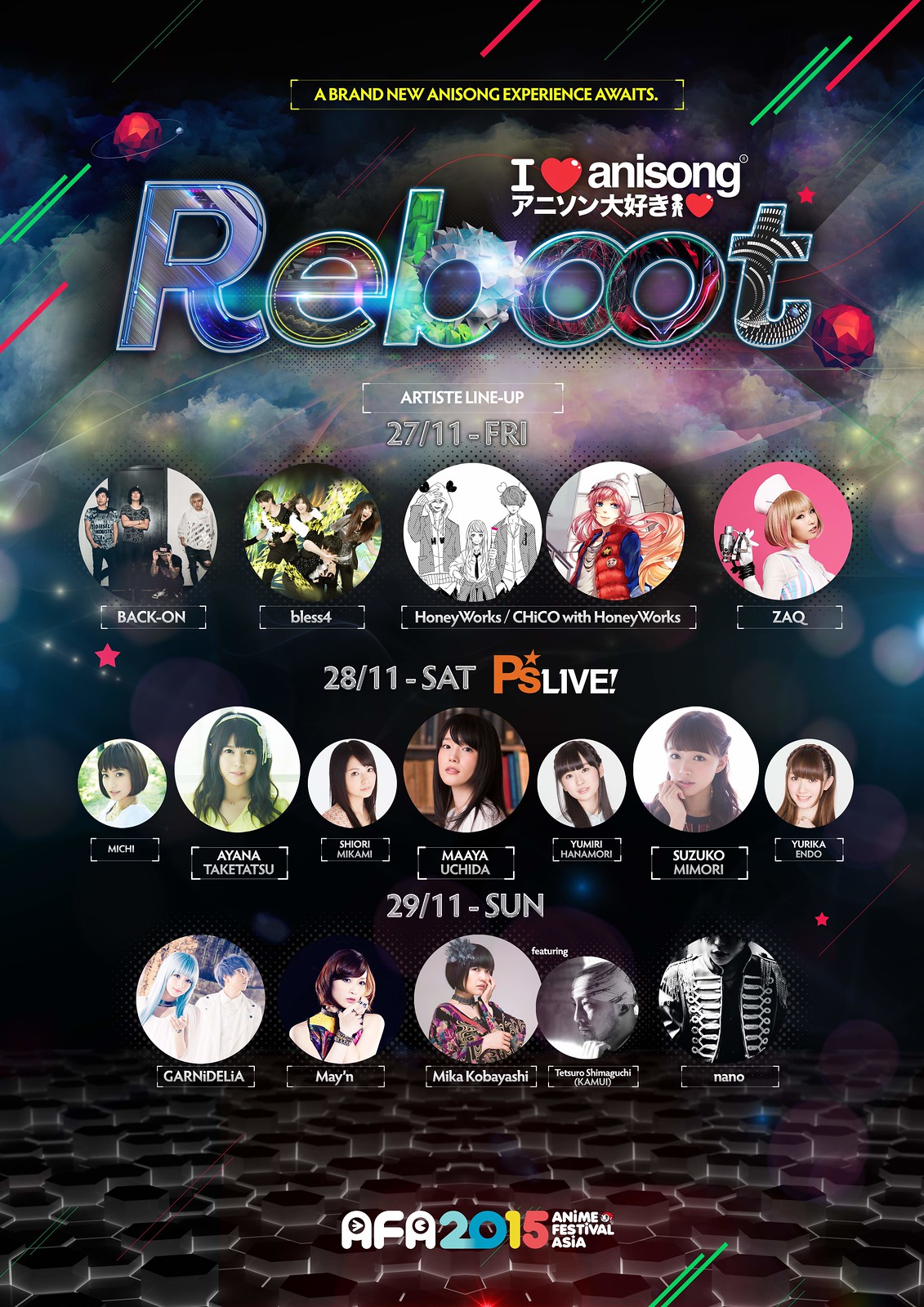 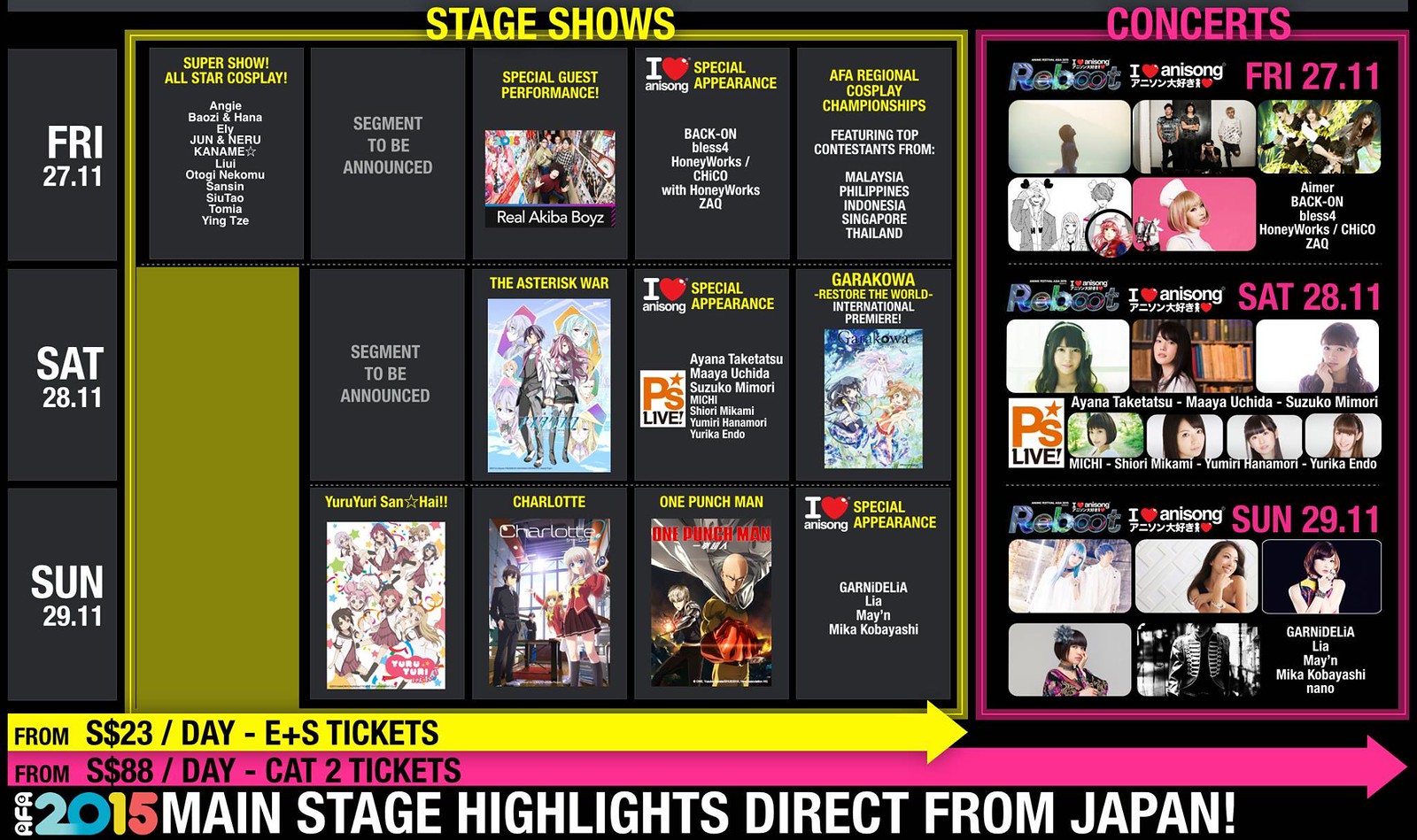 Get the inside scoop by surfing on to the official AFA website animefestival.asia, or following AFA on Facebook and Twitter. Or, you can keep it here on magnetic-rose.net — an official affiliate of AFA since 2009, as we bring you news from the press room and the con floor.