One of Japan’s most celebrated anisong performers has come to Manila for a historic solo gig! LiSA ~ANOTHER GREAT DAY in MANILA~ 2015 was held last 27th of June 2015 at the Samsung Hall, SM Aura Premier, Taguig City. Besides seeing the thrilling live concert, several lucky fans who scored VIP tickets also received autographed posters from LiSA herself. As a result, tickets for the first wave were sold out, prompting the event organizers to issue a second wave of tickets plus a new ticketing tier. 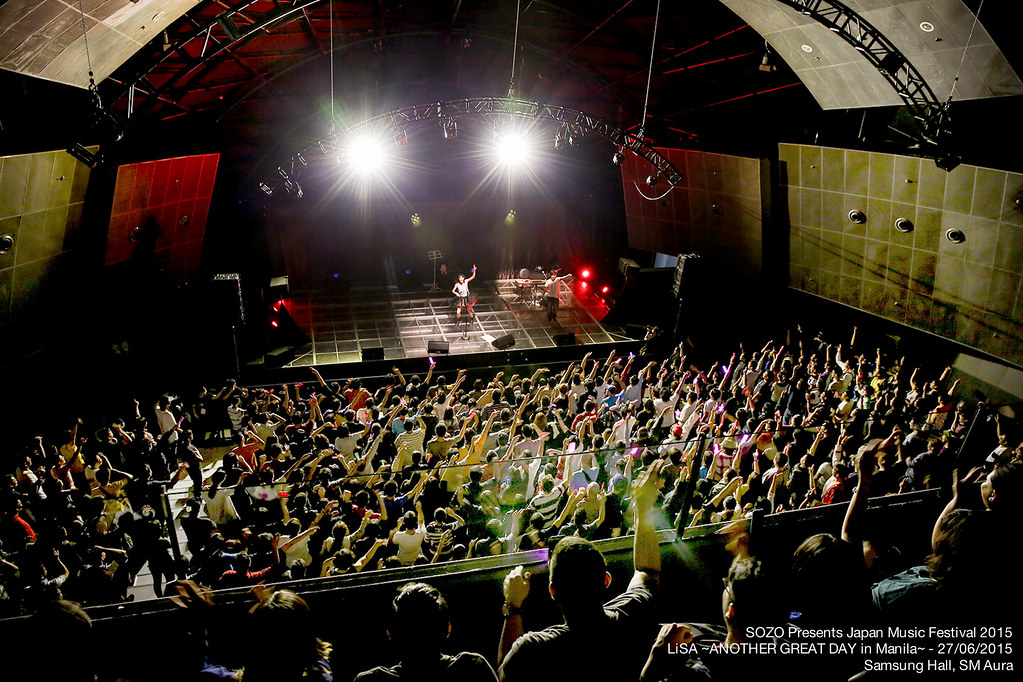 LiSA first came to prominence through the hit anime TV series, Angel Beats! in 2010 where her vocal abilities shone through her role as the 2nd generation vocalist for the band within the series, “Girls Dead Monster.” For the Manila concert, LiSA prepared a special acoustic set backed by her mainstay guitarist CO-K-san, making this event different from all her other concerts in huge venues such as the Nippon Budokan in Japan and Anime Festival Asia in Singapore. 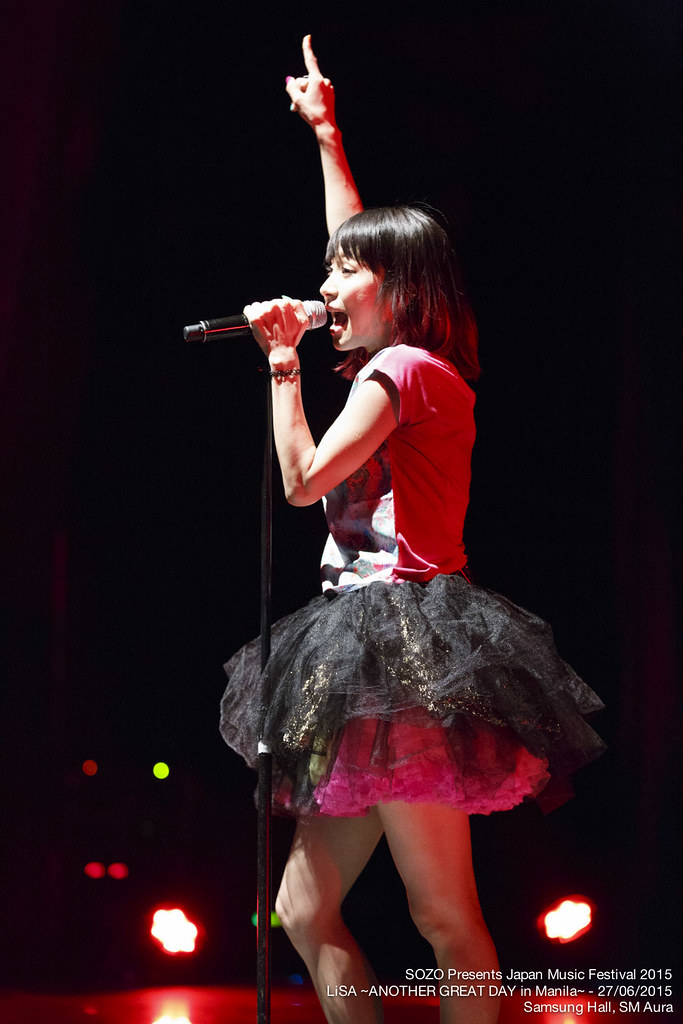 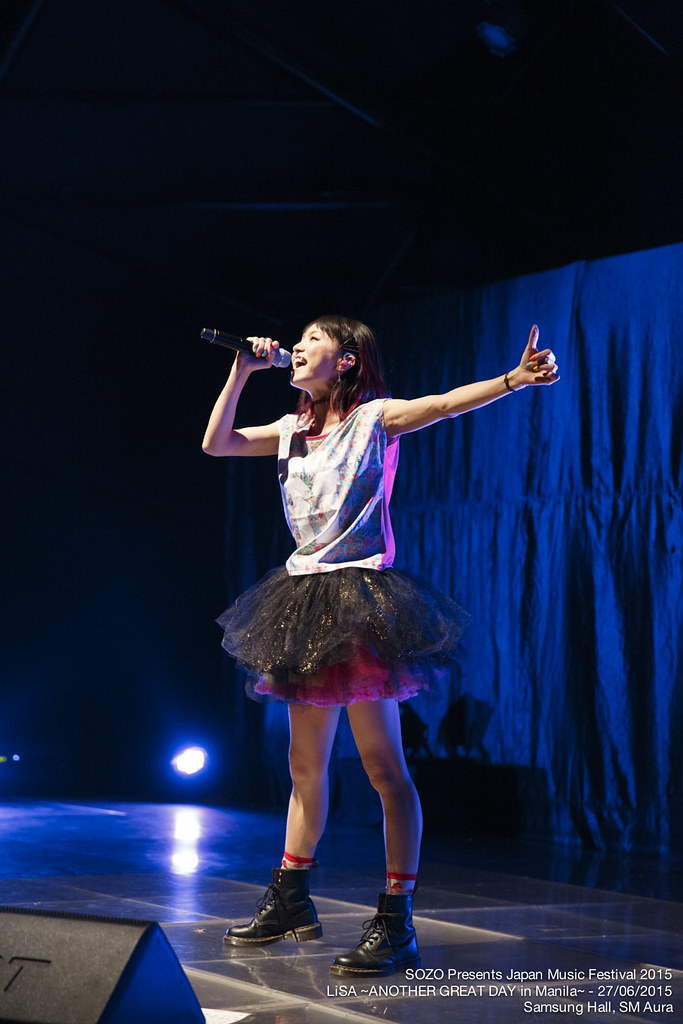 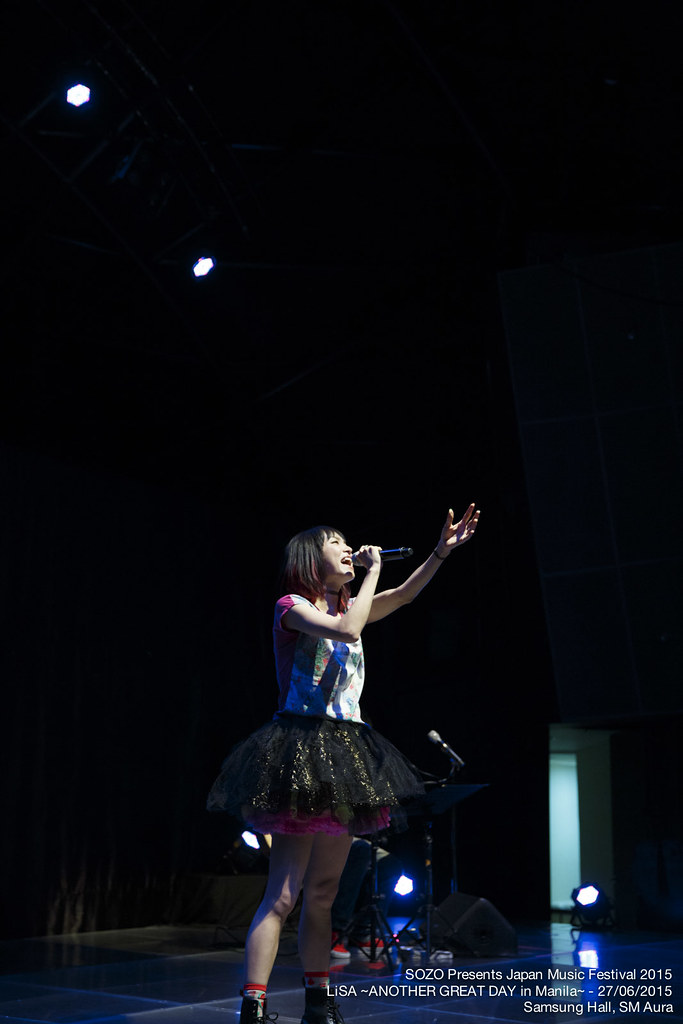 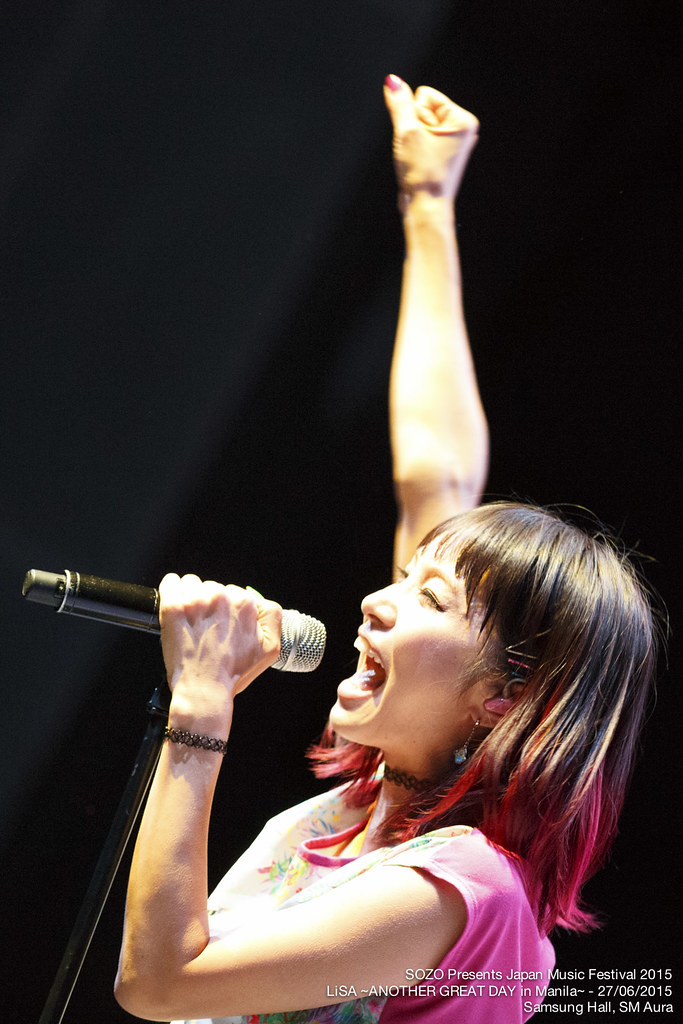 As one of the first true anisong gigs in the Philippines held outside of anime conventions and Japanese cultural events, fans were both excited and apprehensive about the live. Many were genuinely thrilled that LiSA was coming, and not only purchased tickets early but also lined up at the venue first thing in the morning to get the best seats in the house. Other fans on the other hand were nervous about the strict house rules, not knowing that these rules are the standard in many Japanese concerts (and thanks to cooperation of the fans, there were no major breaches in security and the concert was concluded without a hitch). 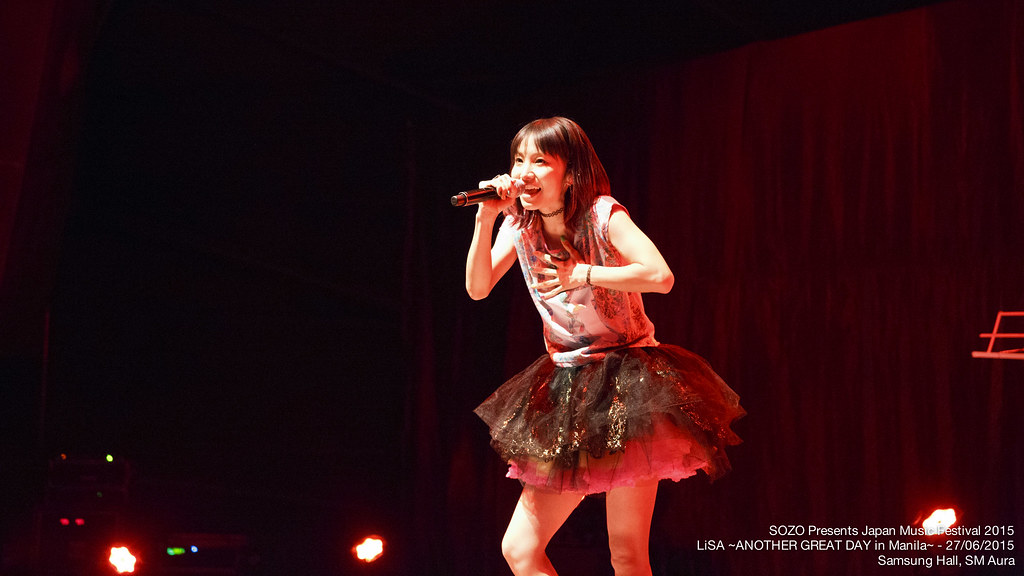 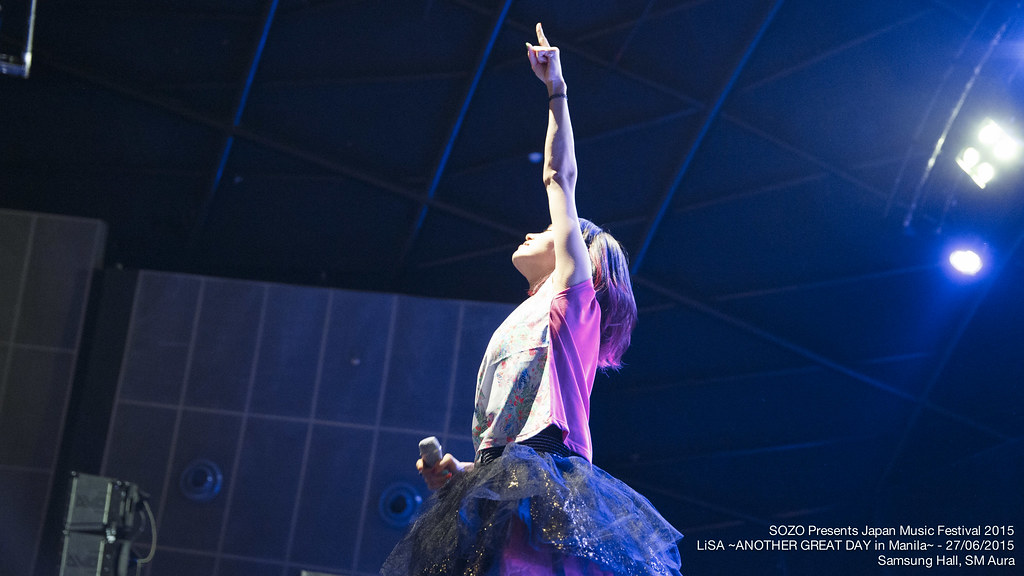 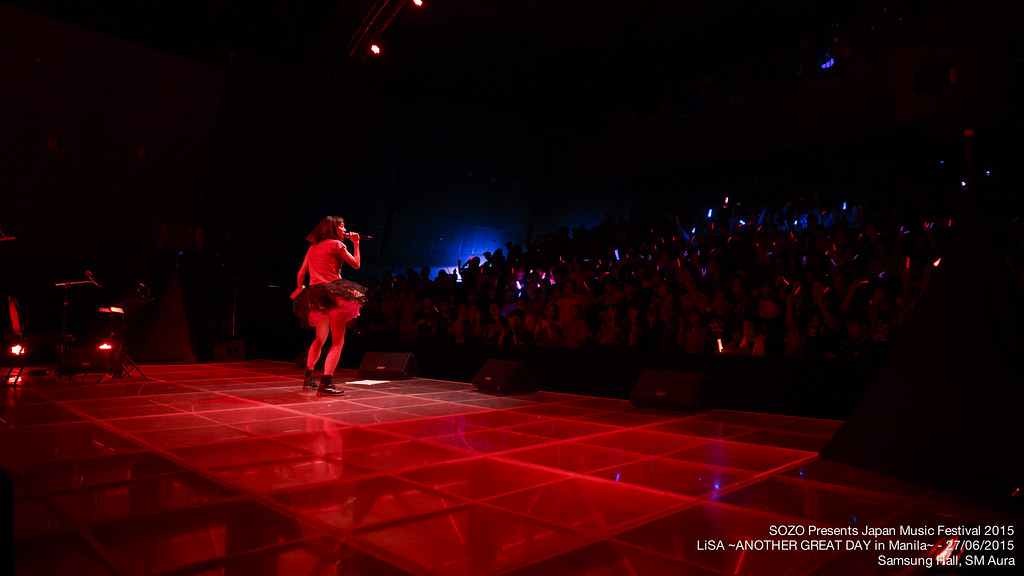 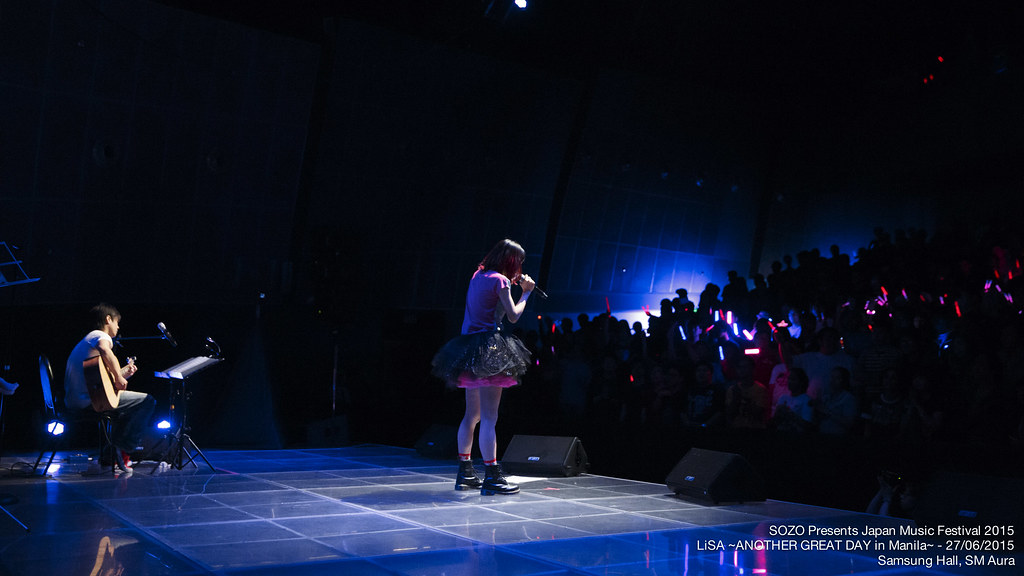 LiSA’s performance was truly awe-inspiring — her talent and energy cannot be doubted, and her genuine love for her fans can be felt with every song. Fans sang along with their favorite tracks from Angle Beats!, Sword Art Online, and fate/ZERO — complete with light sticks and hand choreography! The truly memorable Q&A portion in the middle of the concert was also a big hit with the fans, as they got to know their favorite artiste better outside of her music and her career. The evening was concluded by another round of songs plus a very special acoustic performance of her hit single “Shirushi”. 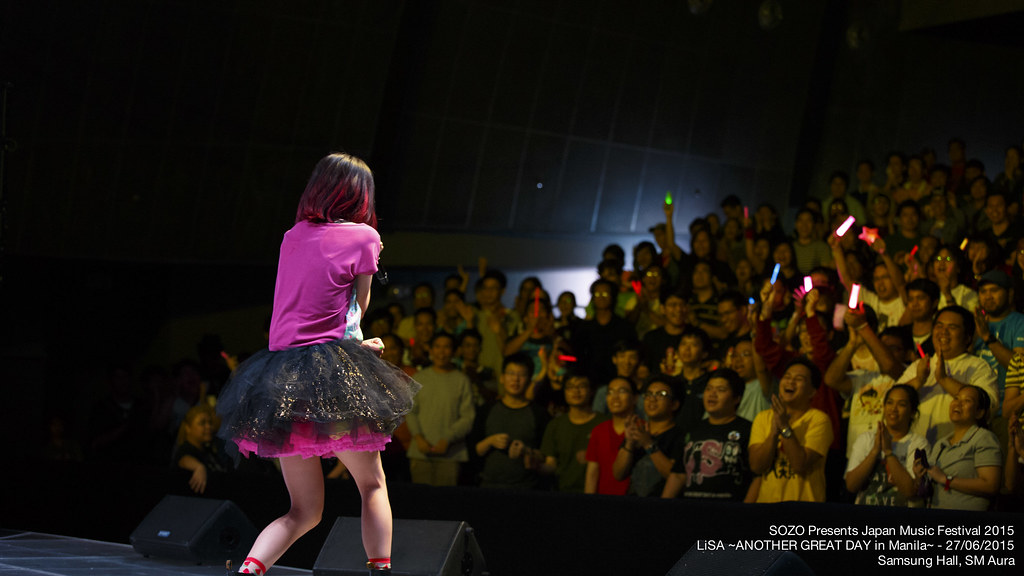 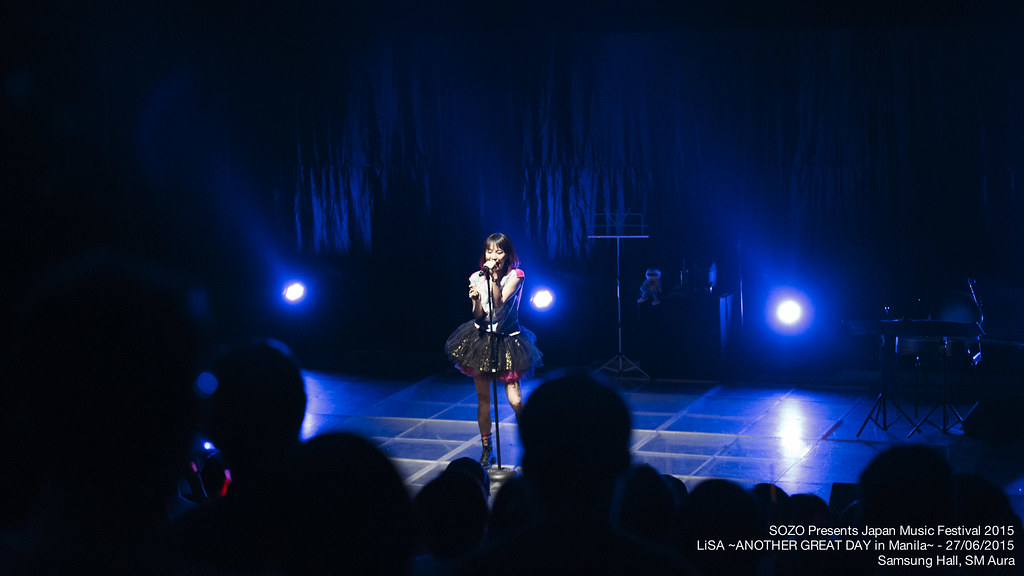 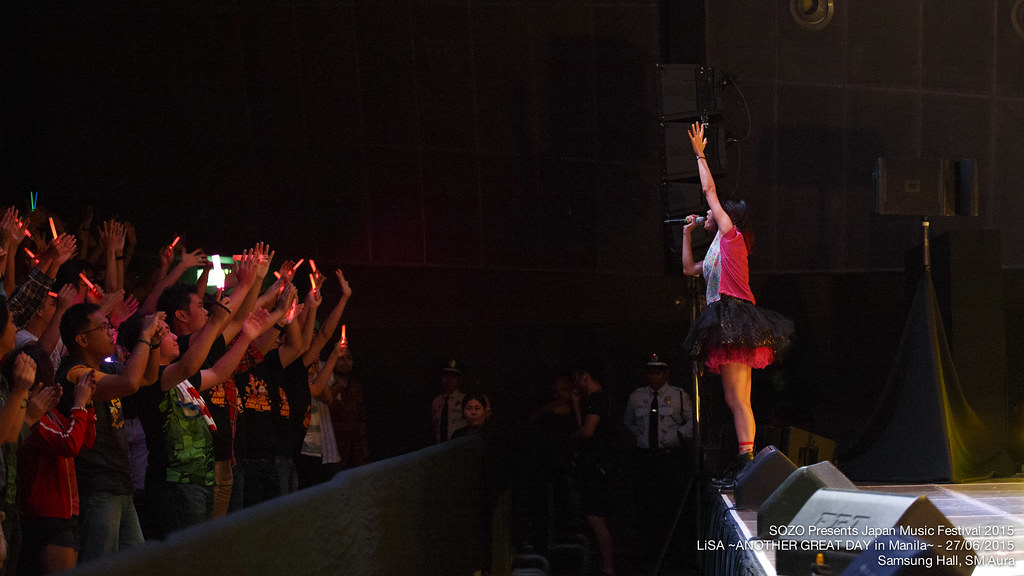 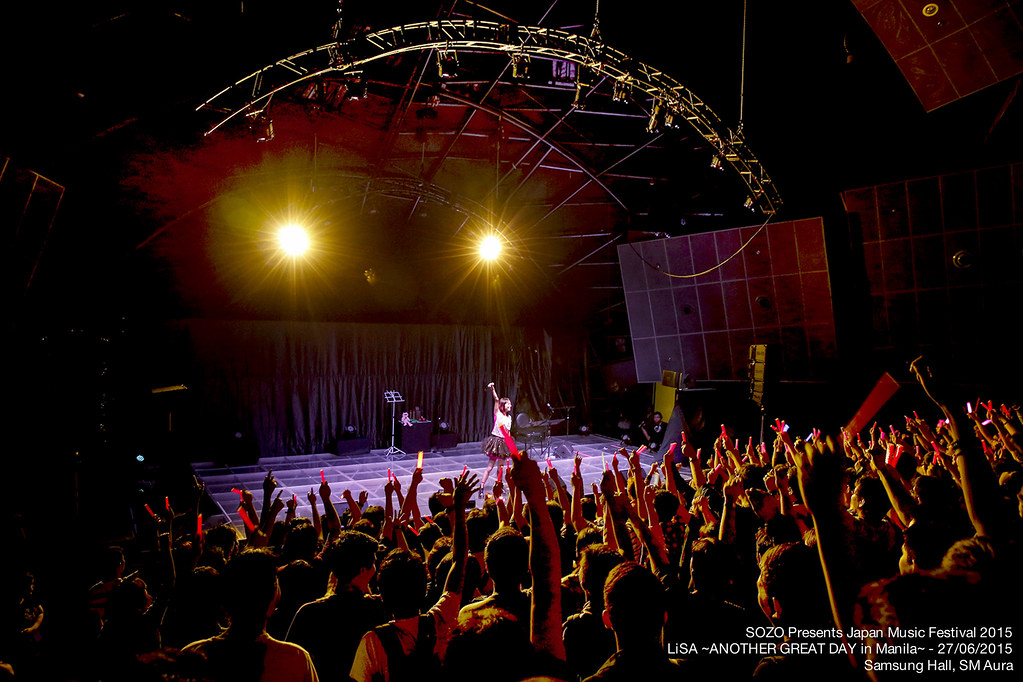 The success of the LiSA concert spells great things for the local anime community, as tour organizers and concert promoters now see the Philippines as a viable venue for future events. Singaporean organizers SOZO-Japan Music Festival and local partners COSPLAY.PH are already looking forward to holding more gigs, and are counting on the Philippine fans to make sure each and every concert is another groundbreaking event for anisong fans. Thanks to every one who made LiSA ~ANOTHER GREAT DAY in MANILA~ 2015 a stunning success, and we hope to see you all again in future JFM-CPH events!

Official concert photos are courtesy of SOZO-JMF. magnetic-rose.net is an Official Media Partner of LiSA ~ANOTHER GREAT DAY in MANILA~ 2015.