An original anime production by prolific writer Jun Maeda is premiering first and exclusively on Animax – Asia’s first 24-hour Japanese anime channel. Renowned Japanese visual studio Key has come together with Progressive Animation (P.A.) Works for Charlotte, which will air on the same day as its Japan telecast on Animax Asia, in July. 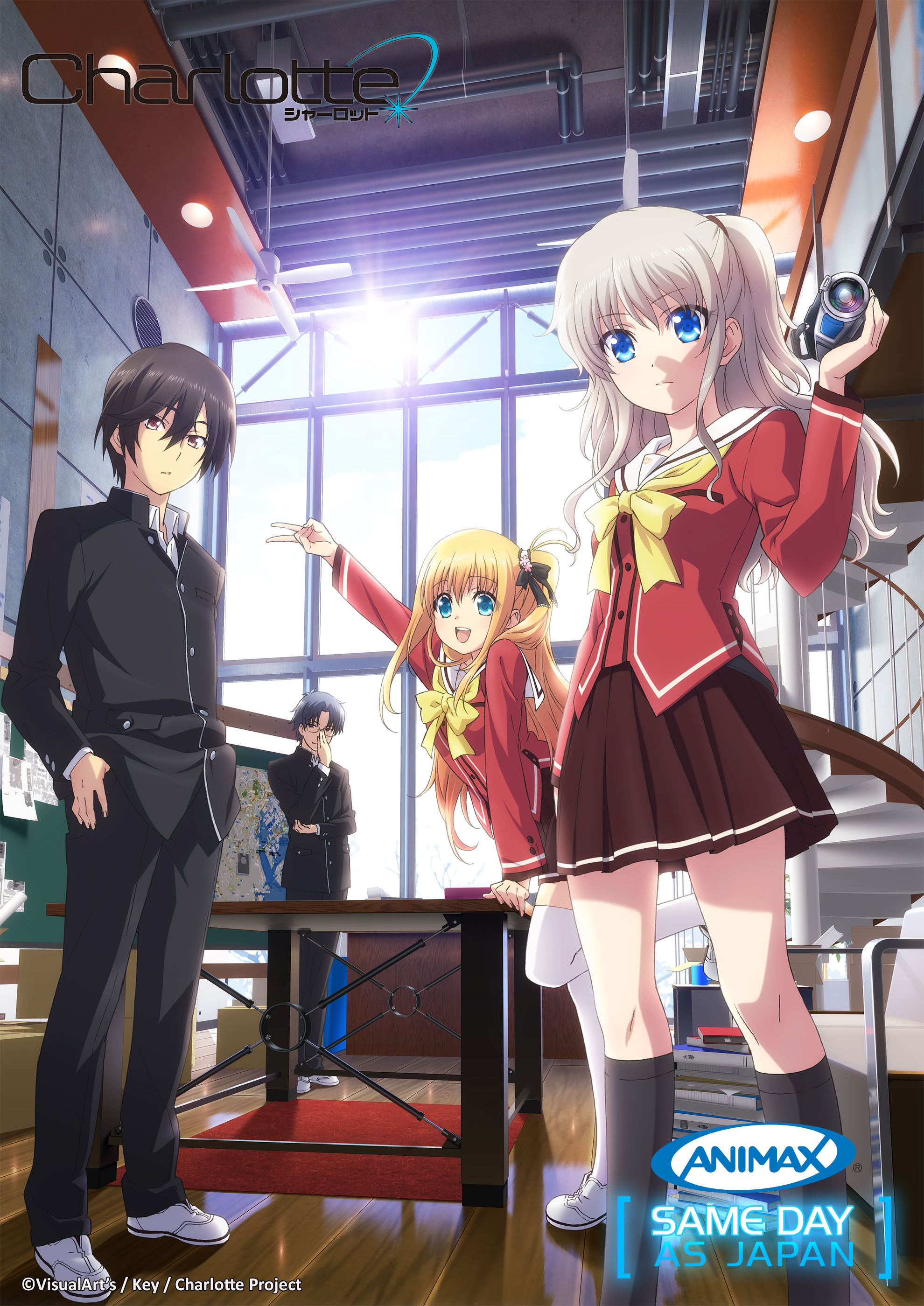 Boasting local subtitles including English, Bahasa Indonesia, Mandarin, and Thai, Charlotte premieres on 4 July 2015, airing every Saturday night at 12.30am with an encore the next day at 8pm, first and exclusively on Animax Asia. Animax is seen on SKYCable Channel 46, Cignal Digital TV Channel 34 and Dream Channel 07.

Charlotte is the story of Yū Otosaka, an ill-mannered first-year transfer who uses his ability to possess another person’s body for five seconds in order to cheat in his exams. When Yū meets school council president Nao Tomori, the fate of these extraordinary children begins to unravel. Charlotte was written by Key’s co-founder Jun Maeda, who is also contributing to the musical score. The anime will also feature character designs by fellow Key colleague Na-Ge. The two had worked with the same producers on popular 2010 anime Angel Beats! and together, the dream team promises to conjure up the same magic in Charlotte.

Launched on 1 January 2004, Animax is Asia’s first channel brand specializing in Japanese animation – anime. Animax is home to some of the biggest anime titles in the world, and created TV history in April 2009 by becoming the world’s first regional broadcaster to air an anime series at the same time as Japan. Currently reaching 40 million viewers in 46 million homes across 17 markets in Asia, Animax aims to offer anime programming for everyone. Animax also actively engages its audiences at local events, including its signature Animax Carnival that has rolled out in Malaysia, the Philippines, and Taiwan.

Thank you to Animax Asia for including us in your media list.