As part of her Asia tour to be held in Hong Kong, Taipei, and Shanghai — LiSA will be performing her first solo Singapore live entitled LiSA ~ LiVE is Smile Always ~ Singapore 2015 on the 18th of July at the Resorts World Theatre in Sentosa (gates open 5:30 PM and concert starts 6:30 PM)! With an extensive list of theme songs from hugely popular anime titles including but not limited to Angel Beats!, fate/ZERO, Sword Art Online, The irregular at magic high school!, LiSA is set to wow the audiences together with her infectious, energetic live performances. 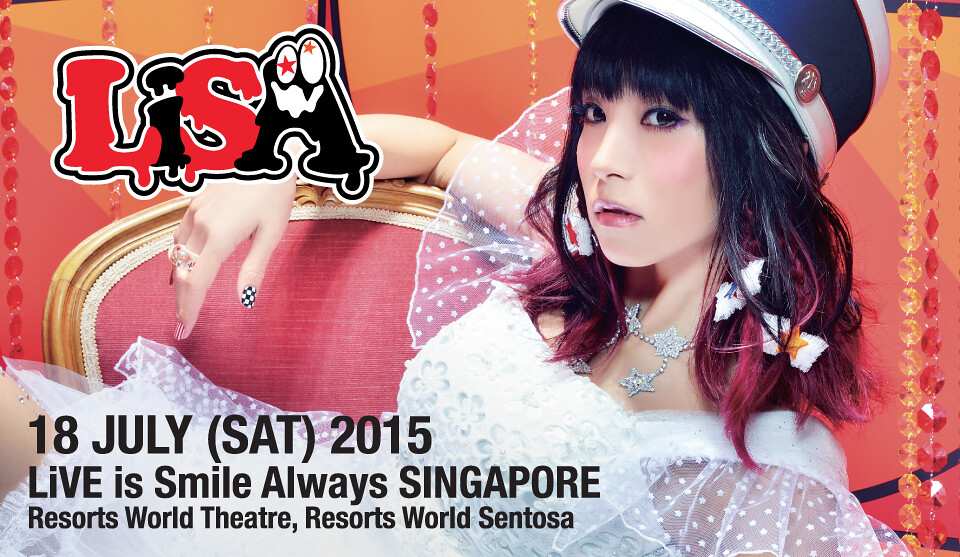 LiVE is Smile Always ~ Singapore 2015 ~ is proudly organised by SOZO in partnership with Sony Music Artists , under the Japan Music Festival platform. Tickets for the concert are now on sale via SISTIC, and VIP tickets are SOLD OUT on shortly after the start of ticketing sales. With only limited number of General Access (GA) tickets priced at S$98 on sale, consumers are encouraged to purchase tickets early to avoid disappointment. Prices do not include ticketing charges and entry into Sentosa.

magnetic-rose.net is an Official Media Partner of LiSA ~ LiVE is Smile Always ~ Singapore 2015.