Cosplay.PH in cooperation with Magic The Gathering, ANIMAX, Anime Festival Asia, Haneda Anime Festival, and SM Supermalls is proud to present the biggest cosplay and anime event in the Philippines today: Cosplay Mania 15! 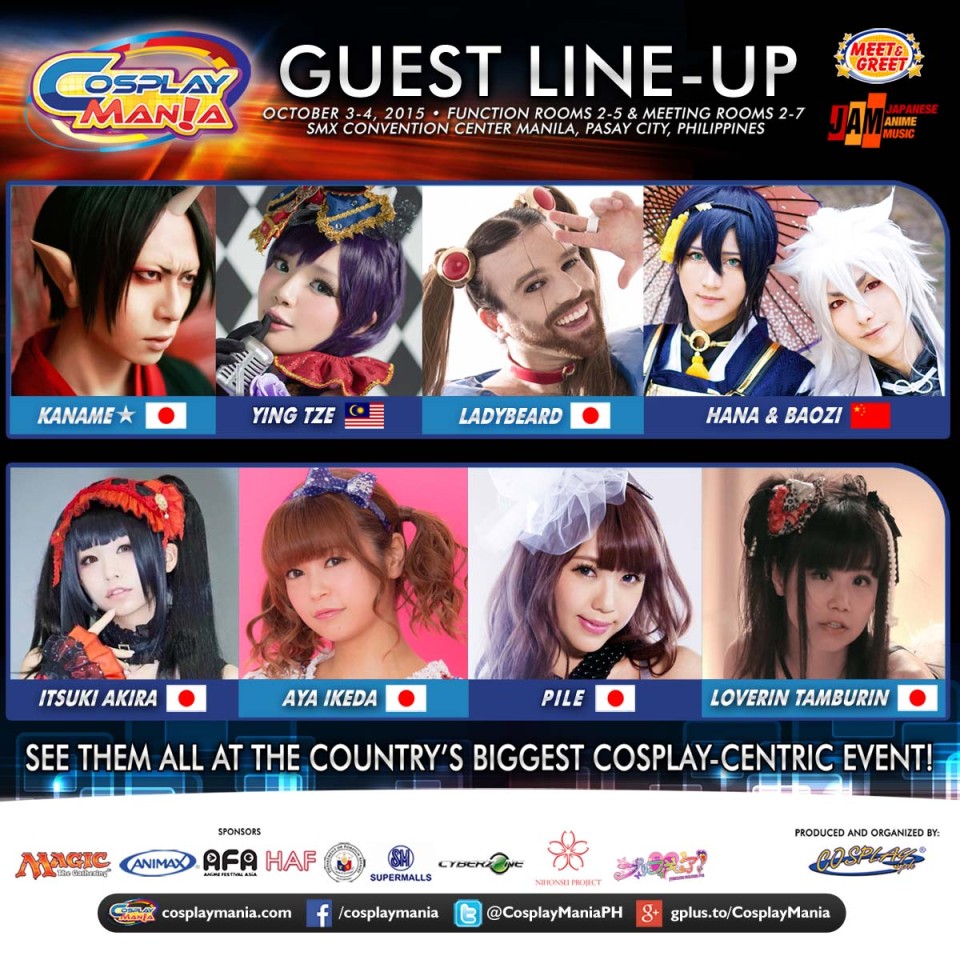 Also slated to return are Japanese pop idol Ikeda Aya and anisong super-group LOVERIN TAMBURIN! Last but not least, is the first Philippine performance of Japanese pop star and seiyuu PILE — who is best known for her portrayal of Nishikino Maki from the Love Live! game and anime franchise.

Meet and Greet events for these guests as well as ticketing information will be announced very soon!

Cosplay Mania 15 is scheduled on the 3rd and 4th of October 2015 at the SMX Convention Center Function Rooms 2 to 5, SM Mall of Asia Complex, Pasay City. Gates open at 11:00AM. Grab your tickets now at any SM Ticket Outlets at all SM Cinemas or online at smtickets.com.