Purchase a ticket before the 7th of June, 11.59pm and stand a chance to win one of two prizes, a clear folder from a recent concert in Japan, or, a special Polaroid of LiSA taken while she’s in Manila (The images of the Polaroids are not the actual Polaroids that will be given out as the prizes and are examples)! All you have to do is purchase a ticket to the mini-live before the 7th of June and you will qualify for the chance! What are you waiting for? Get your tickets now! 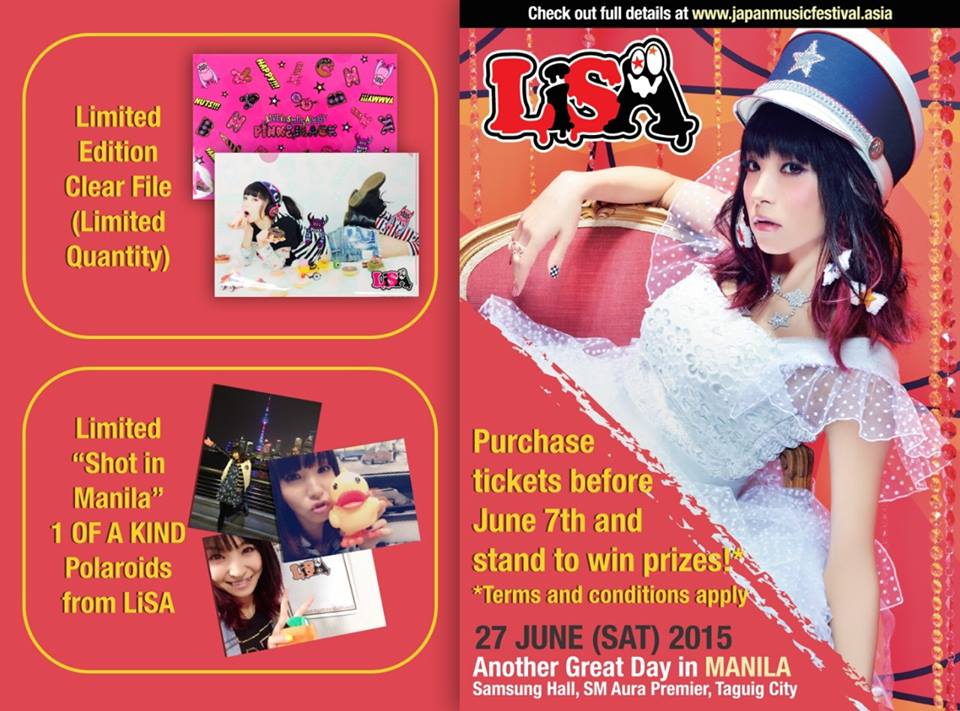 Japan Music Festival is bringing one of Japan’s most watched up-and-coming singers to Manila — LiSA! Dubbed “LiSA ~ANOTHER GREAT DAY in MANILA~ 2015”, the gig is slated for the 27th of June 2015 at the Samsung Hall, SM Aura Premier, Taguig City. Tickets will be available exclusively via smtickets.com starting 20th April 2015, and are pegged at PHP 2998 (ticket includes autographed poster)!