Kyoto and Osaka are only twenty minutes apart via the shinkansen, so we took the opportunity to visit Universal Studios Japan to have another go at The Wizarding World of Harry Potter. It was also a fantastic time to USJ, as their Cool Japan events were also running simultaneously. These events included special rides and attractions featuring Shingeki no Kyojin, Monster Hunter, Biohazard, and Evangelion. 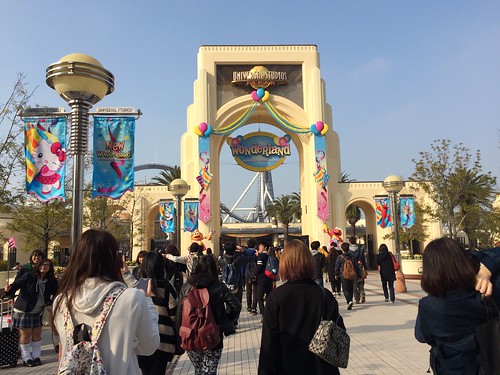 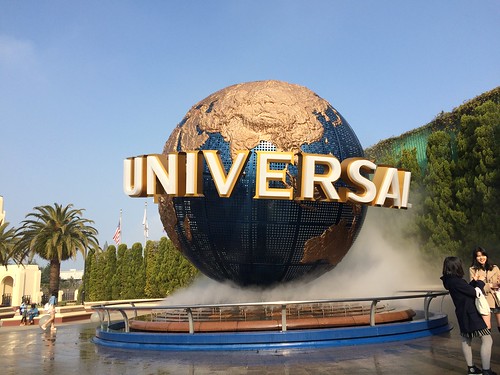 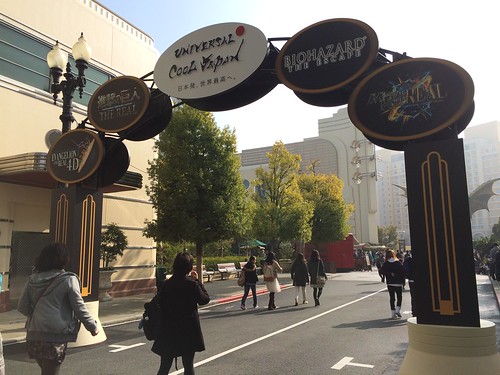 Although the other franchises in the Cool Japan event were famous in their own right, Shingeki no Kyojin was clearly the runaway winner when it came to popularity. The queue for their attraction was a whopping four hours long — and that’s for a 4D cinema feature that lasted less than ten minutes. It’s a good thing that the life-size statues they out up outside the theatre had no queues, so you could take photos and have photos taken as much and as often as you liked. 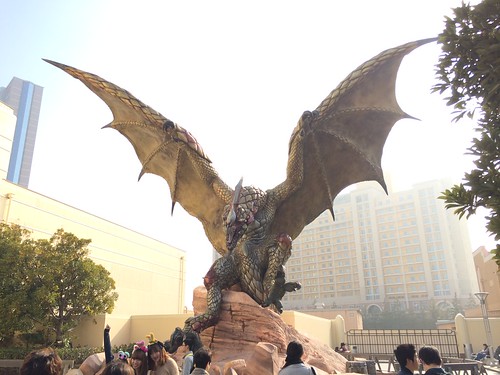 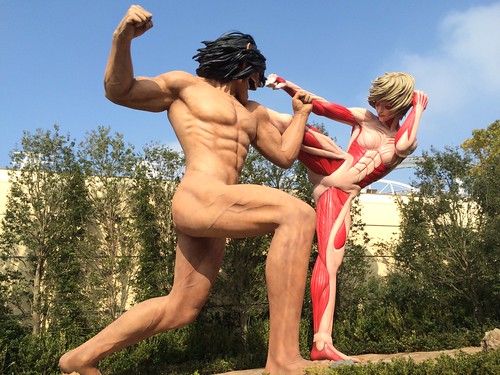 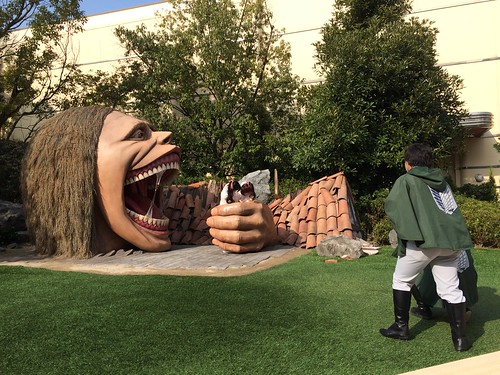 On our trip to USJ last Christmas we opted for a two-day pass, so we had plenty of time to queue for attractions and rides. We didn’t have the same luxury of time for this trip, so instead of two two-day passes we each purchased a one-day pass plus an Express Pass. The Express Pass is an optional paid upgrade that allows you to skip queues for any ride listed in the pass options. 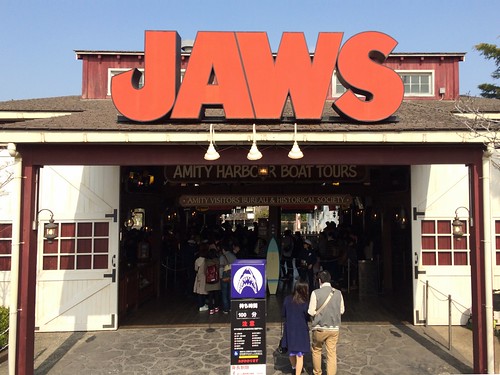 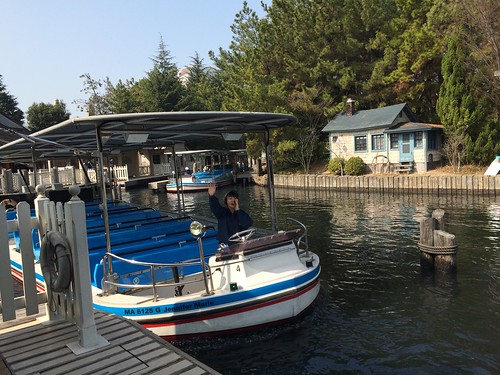 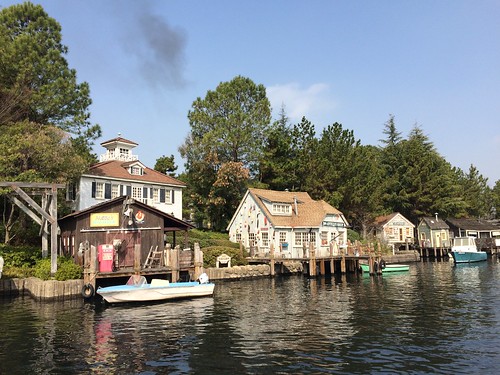 Pass options are for three, five, or seven rides — giving you the chance to maximize your limited stay at the park. For us however, the best perk is the option to book your timed entrance to The Wizarding World of Harry Potter ahead of time, an added option that is available for five-ride and seven-ride Express Pass holders (unfortunately, the three-ride passes are exempt from this additional perk). 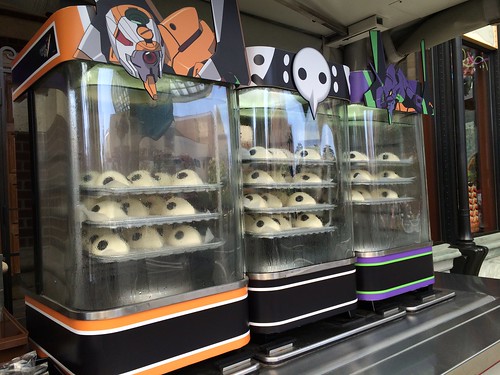 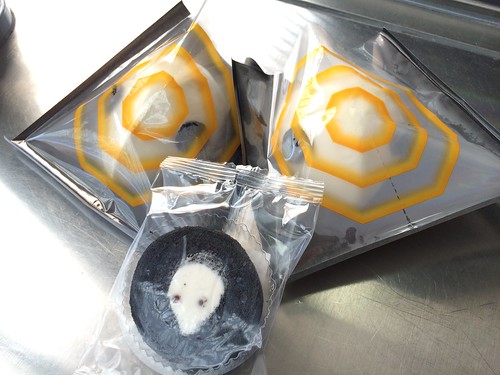 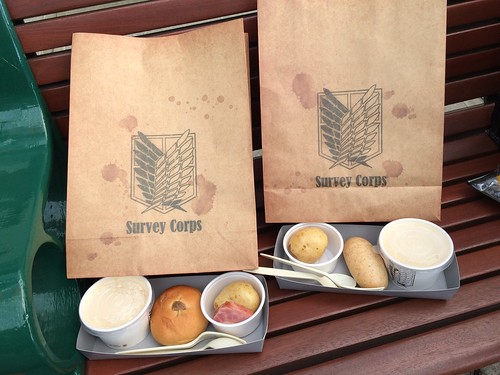 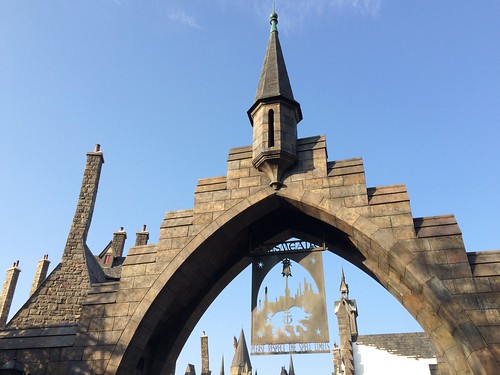 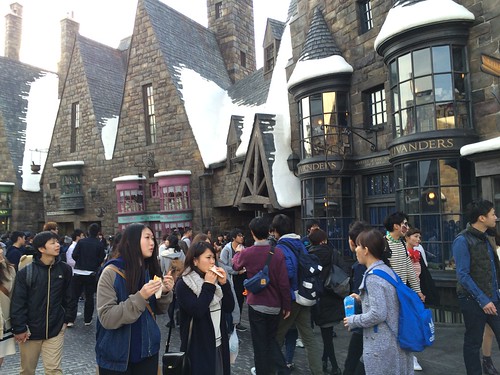 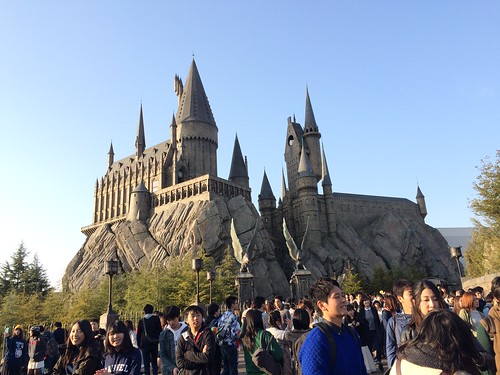 The Express Pass also allowed us to eat our meals with leisure instead of chowing down as fast as we could so we could get in line for the next ride. Thanks to the pass, we were able to snag Evangelion chicken buns, an Angel baum kuchen, and Shingeki no Kyojin mess hall meals (available in Officer and Cannon Fodder versions). 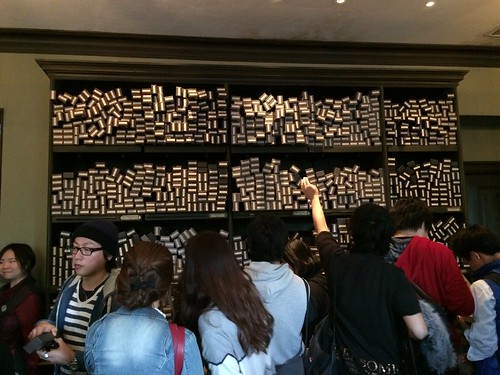 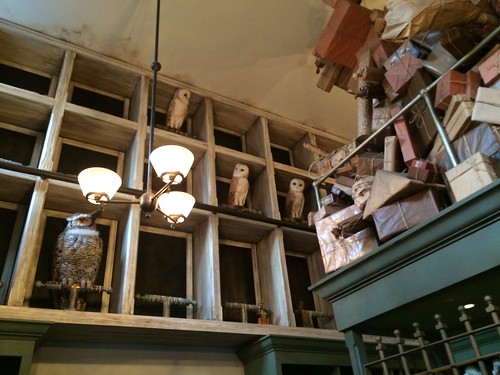 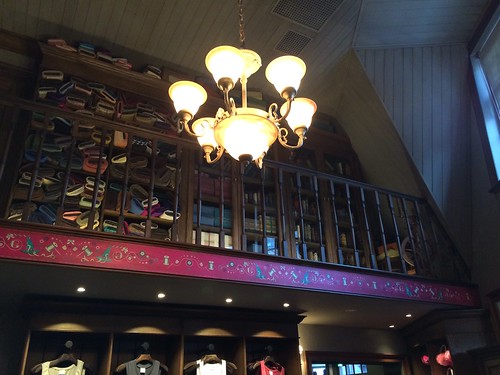 When we were finally, finally allowed into The Wizarding World of Harry Potter at around five in the afternoon, we had pretty much exhausted the list of available rides on our Express Passes, without having to spend half our lives in queue. But our Express Pass had one last shot left in it, and it allowed us to get on what is called “The World’s Best Theme Park Attraction”: Harry Potter and the Forbidden Journey. 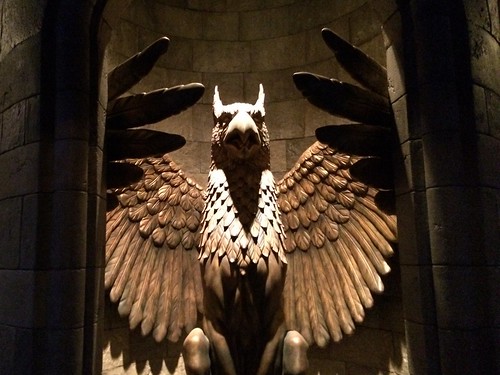 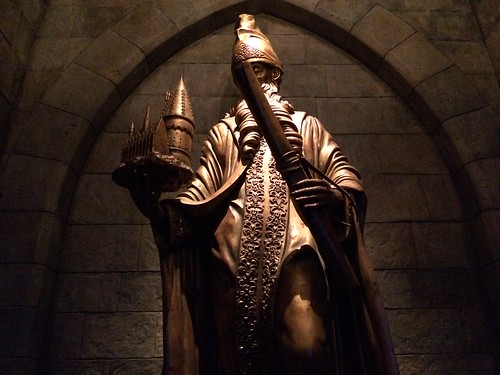 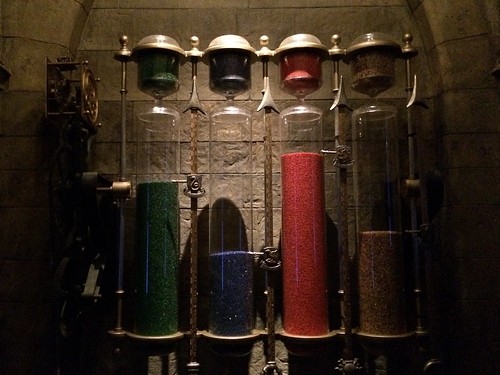 Our March trip was a much better experience than our December trip overall — not as many foreign tourists tourists (line-jumping Mainland Chinese tourists are not our cup of tea) and not as many local kids on school break as well (they can be just as rude as the Chinese tourists NGL). Also, we really do recommend that you shell out the extra bucks for an Express Pass, as it drastically reduces the amount of time spent in line and exponentially increases the pleasure you will get out of your USJ visit. 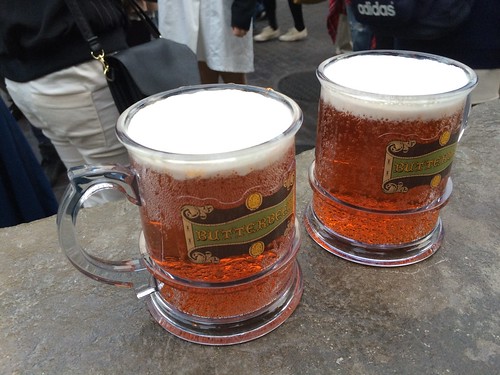 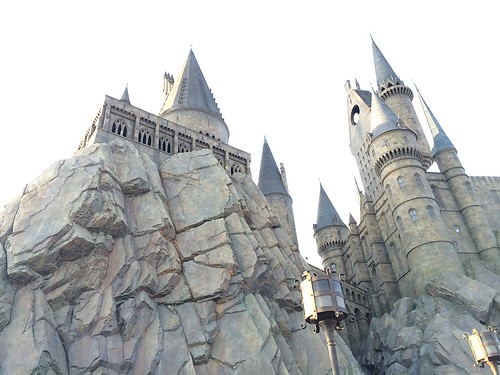 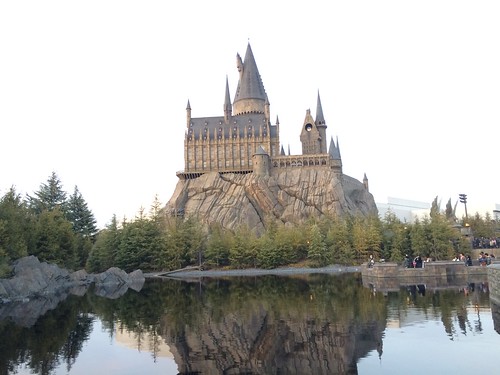 If you want to get the Universal Studios Japan Studio Pass and Express Pass Combo, besides the official USJ website we recommend two other ways of securing them:

1) You can get online them via L-Ticket — Lawson convenience store of Japan’s online ticketing system. However, this requires that you have a Japanese phone number and mailing address as well as be able to navigate the Japanese-only website. The system also requires that you make the bookings well ahead of time as you are competing with domestic tourists from all over Japan. However, tickets are cheaper since they use current exchange rates and charge a very small processing fee.

2) You can get them via HIS Philippines — HIS is a Japanese travel agency that has a Manila branch at Serendra in Bonifacio Global City. HIS is the more expensive option as they will charge you based on their published exchange rate plus their premium processing fees — however they are able to secure tickets even after L-Ticket states that all tickets are sold out for the domestic market. Also, they speak English, Filipino, and Japanese so you have zero miscommunication worries.