We got an early start on Day 2, as we had a Nozomi Shinkansen to catch for our side trip to Kyoto. Previously, we won a Kyoto trip from the Tabee Japan Photo Competition on Instagram. The prize included round-trip Shinkansen tickets and a two-night stay at the very comfortable New Miyako Hotel. We felt really lucky and honored to be picked, as this little freebie afforded us the opportunity to spend some time in the Kansai region without spending a fortune. 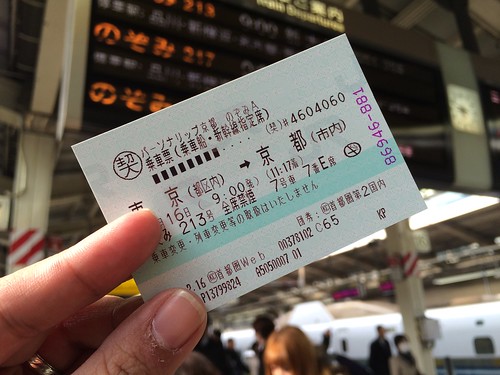 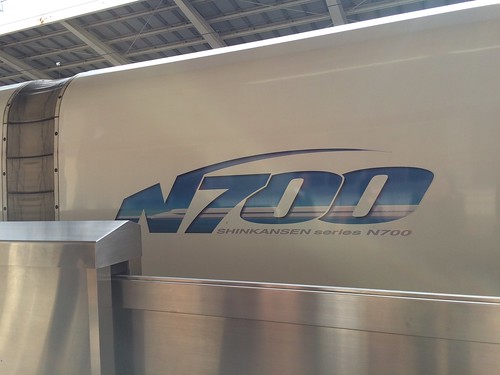 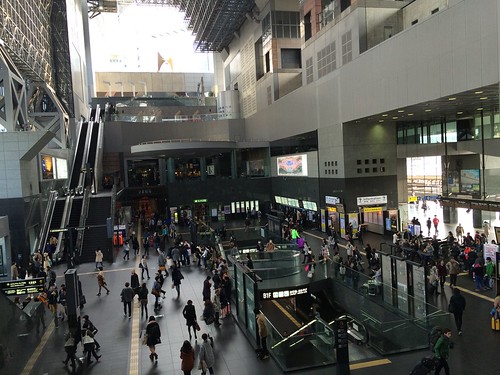 The minute we arrived in Kyoto, we handed off our suitcases to the hotel, and then made our way to bus station in front of the train station. It was the first warm day in a good long while, so the queues of tourists and holidaymakers for the Kyoto Raku sightseeing buses were kind of out of control. Fortunately, the buses were arriving in quick succession, so the wait wasn’t too bad. We soon arrived at Gojozaka, and it was time for another trek up the slope — this time in fair weather and not snow, so there was less risk of us slipping and breaking our necks :3 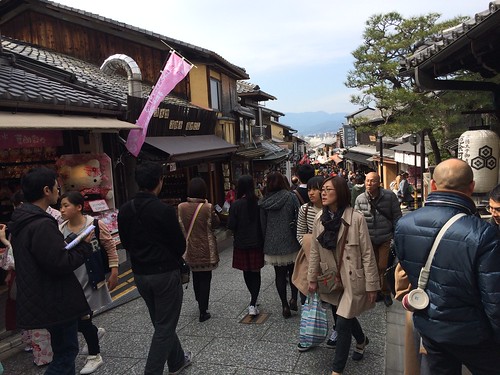 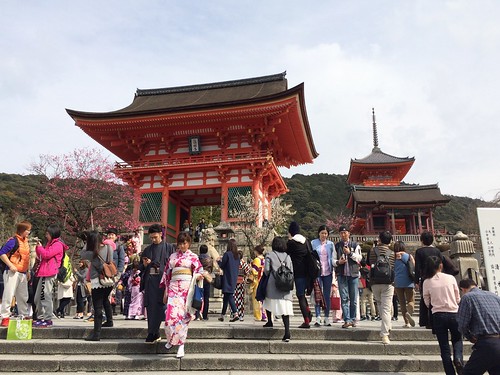 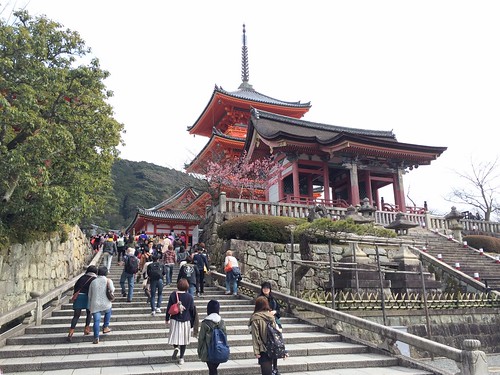 As expected from the bus queues, the trek from Gojozaka all the way up to Kiyomizudera was sheer madness. There were so many other travelers that you could barely see the ground you’re walking on. Strangely enough though, you still have some semblance of personal space, as you were never stepped on or bumped into by a fellow tourist. We made it to the top of the hill with little incident, so we went on an purchased our tickets to enter the main temple grounds. 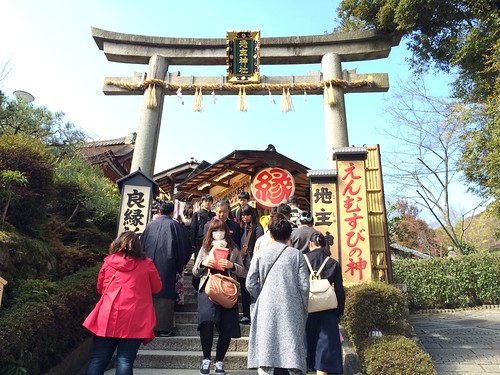 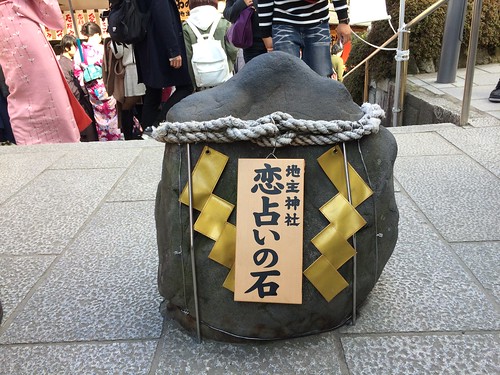 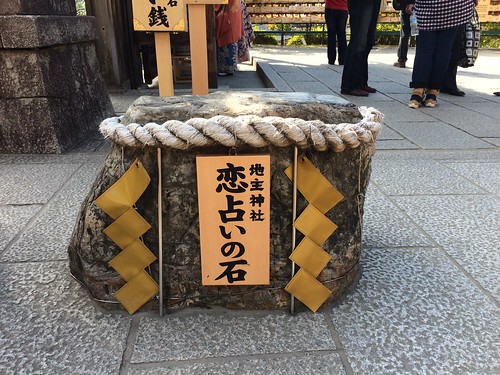 Unfortunately, many sections of the Daibutai or Main Stage are covered in scaffolding and tarpaulin for restoration, so if this your first time to see Kiyomizudera’s giant wooden stage you will be a wee bit disappointed. It’s a good thing it was our third or fourth visit, so it was fine for us not being able to see the entire temple complex. We contented ourselves with whatever sections were still open to travelers, such as the remaining sections of the stage, the Love Stone Shrine, and the Kiyomizu spring itself. 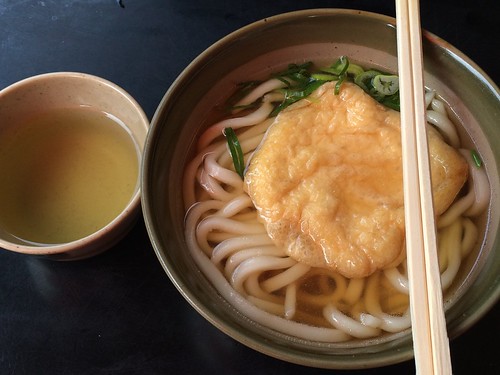 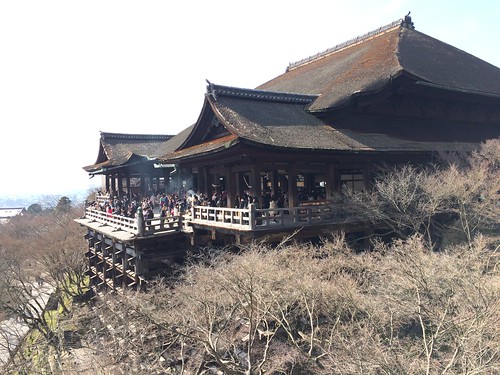 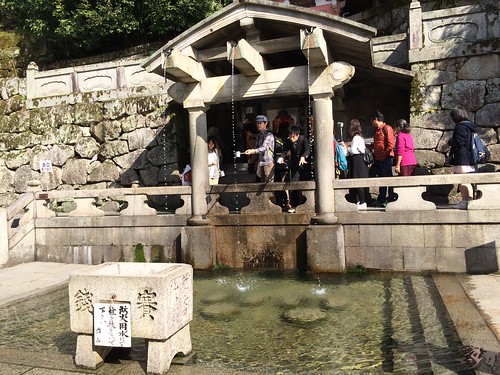 One of the best things about Kiyomizudera is the number of excellent dining options on the grounds. Yup — you heard me, food is great up there in the temple complex. There is this wonderful restaurant with a red umbrella right next to the Kiyomizu spring that serves excellent Kyoto-style kitsune udon. A few steps down the path and you’ll find a snack shop that serves tea and cakes like dango and warabi mochi. And just right outside the temple gates are soft-serve ice cream kiosks that sell matcha and sakura-flavored ice cream. Nom nom nom. 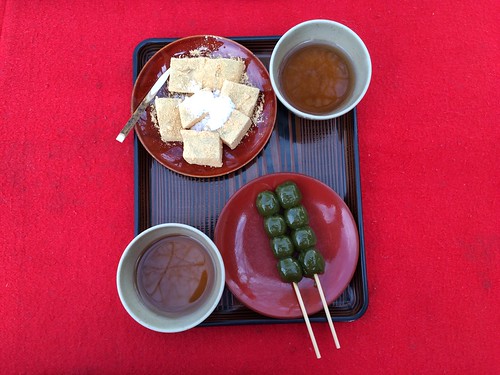 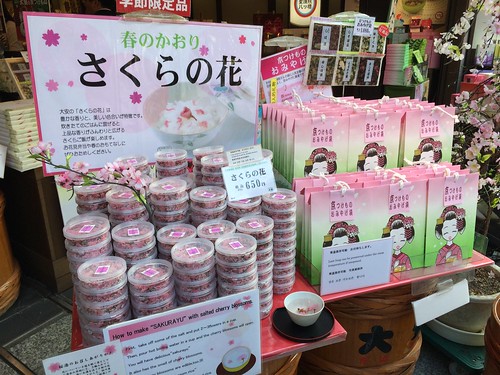 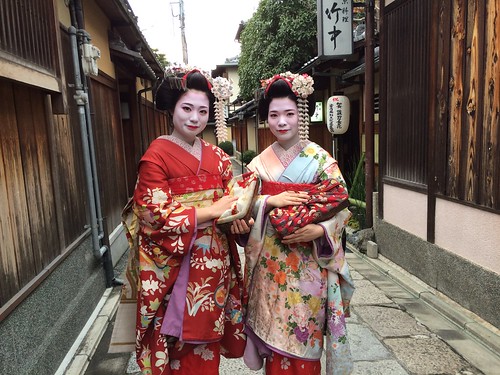 We still had a bit of sunlight left, so instead of heading straight home, we decided to walk the two kilometers or so from Kiyomizudera to Koudaiji Temple. Koudaiji is known for its rock garden, although it is not as famous as the one in Ryoanji. But it was close, and it was also in the direction of Yasaka Shrine, so we decided to give it a go. It turned out to be a great idea, as we meandered right into Nene no Michi, which is famous for its teahouses — and of course, the maiko and geiko walking to and from their appointments. 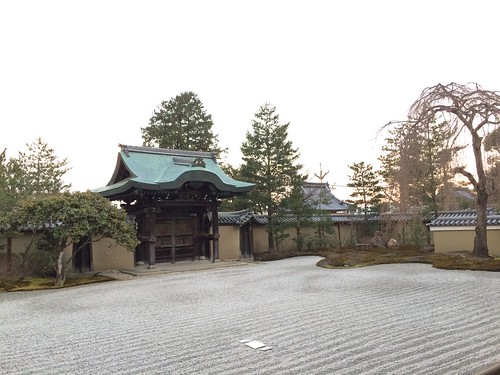 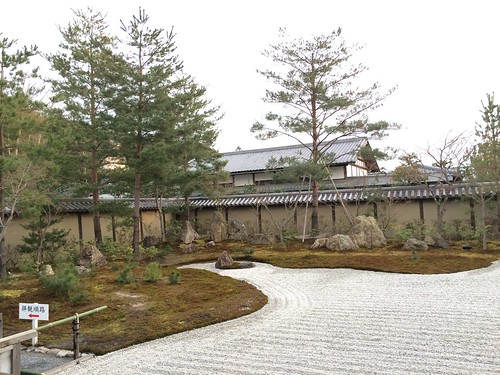 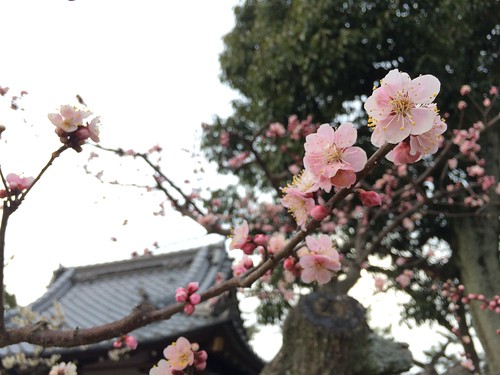 Koudaiji is a welcome respite from the crowds of Kiyomizudera. The temple probably had 1/10th of the people who showed up at Kiyomizudera, and almost all of them were locals. And even these tourists were few and far between, allowing us to explore the entire temple complex at our leisure. This made our stay at Koudaiji one of the most peaceful and relaxing in the entire trip. It was also a reminder to us that no mater how many times we have been to Japan, there is always something new, surprising, and fulfilling with every trip. 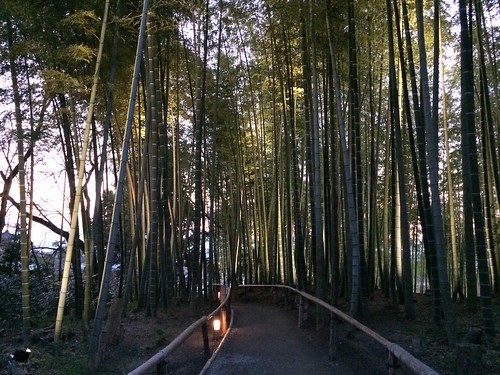 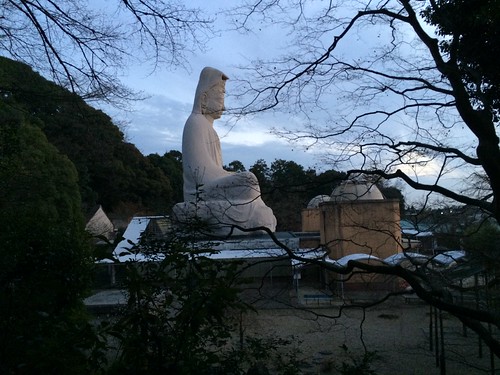 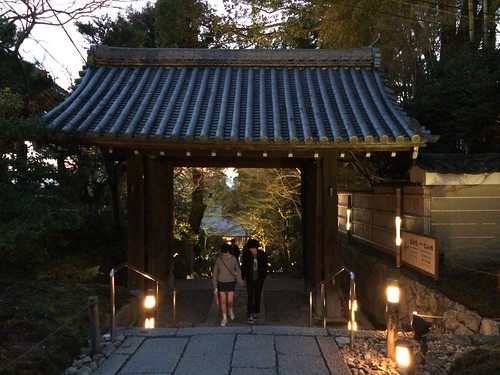 We finished up the day’s tour by walking the last few blocks from Koudaiji to Yasaka Shrine. We meandered through the narrow streets of the Gion District, past expensive restaurants and exclusive teahouses. We had hoped to run into a few more geiko and maiko, but then again it was the peak time for their services to be required, so of course we didn’t find any. What we did find however, were even more barricades and scaffolding, as Yasaka Shrine was also due for a facelift. We consoled ourselves by snapping a few photos in front of its main gate, and purchasing an ema with an image of the shrine — which we didn’t write on and leave at the shrine, instead we took it home as a souvenir. 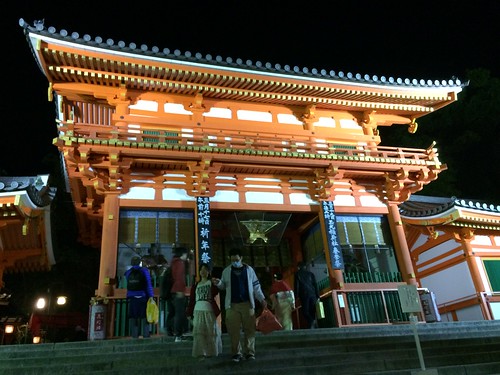 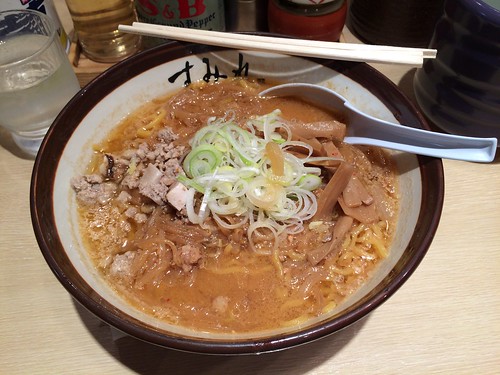 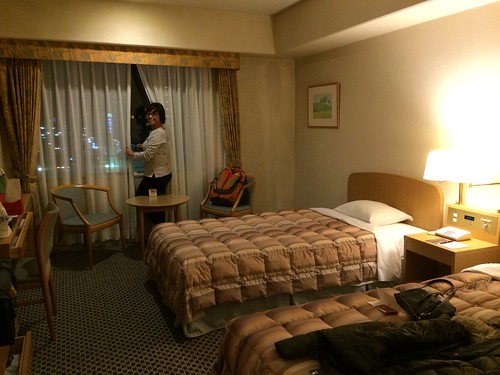 Dinner was a nice hearty bowl of ramen from Kyoto Station Ramen Street, and after that it was just a short walk back to our hotel. Our room at the New Miyako Hotel was huge, comfortable, and a welcome respite from the cold and the crowds. What I also liked about the New Miyako was the green housekeeping program they were running, where they provided more than what we needed for two nights, and the hotel amenities were replaced only upon request. It’s much more practical than having everything changed every day, and much less wasteful.