The biggest anime event in Japan is just around the corner! AnimeJapan 2015 is slated for the 21st and 22nd of March 2015 at Tokyo Big Sight in Ariake. Expect over 120,000 dedicated anime fans from Japan and the rest of the world to troop to the venue for activities and exhibits, special stage events, the Family Anime Festa, and much more. 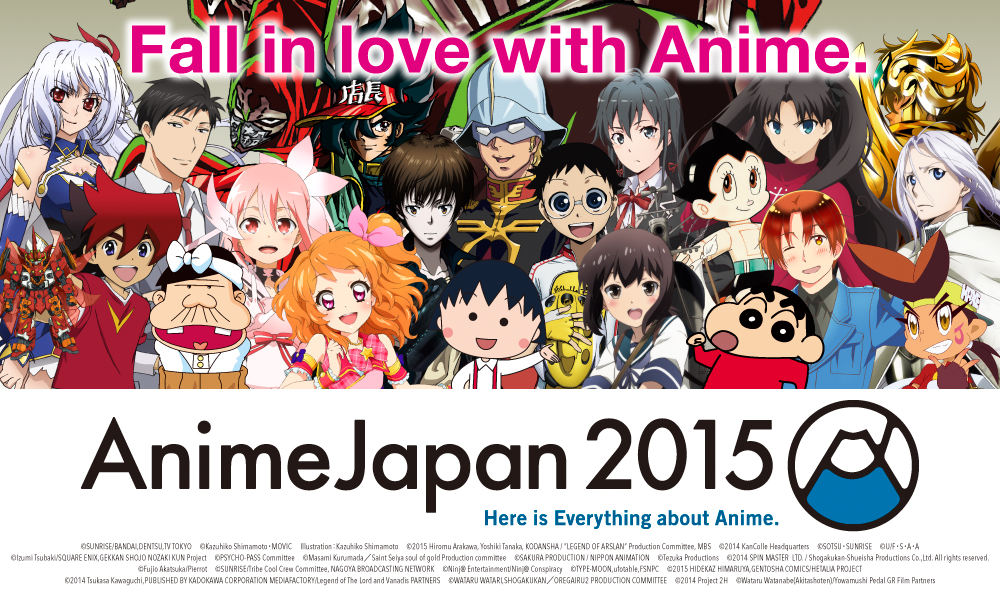 AnimeJapan began in 2014 under the official slogan “Here is Everything about Anime.” For the second year, the event vows to retain the strengths of AnimeJapan 2014 while further enhancing and developing the event. By focusing on “Everything about Anime,” and “offering more opportunities to experience animation,” AnimeJapan aims to create an event that can be enjoyed by people of all ages and that contributes to the future of animation.

We are delighted to announce that — in another first for the Japanese pop culture in the Philippines, we at magnetic-rose.net are attending AnimeJapan 2015 in Tokyo in two weeks time! This event follows a list of other illustrious international events — such as Tokyo International Anime Fair, Anime Contents Expo, and Anime Festival Asia, where we have been privileged to cover them on behalf of fellow Pinoy fans.