It’s the last day of the year, and we decided to take it easy for a while and get out of bed at noon instead of our usual 8AM (to go catch whatever). Thankfully a lot of the shops we feared were closed were still open, catering to last minute shoppers before they closed for two to three days for the New Year. And yes, this includes most of the toy and figure shops in Den Den Town, as well as K-Books and Tora-no-Ana for us dirty, dirty girls (protip: there is a hidden JPY 100 box for new but outdated doujinshi in Tora-no-Ana so don’t miss it!) ❤ 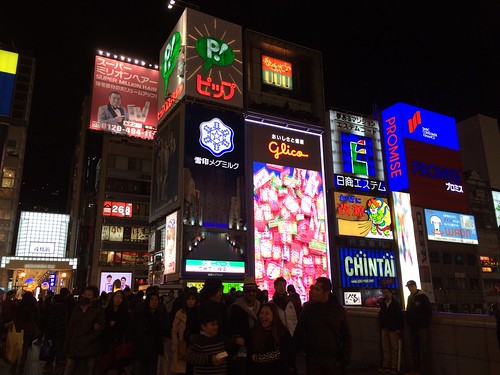 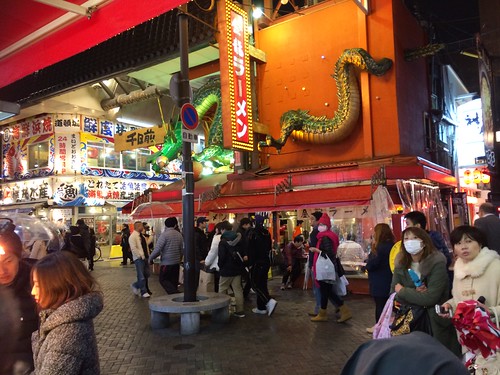 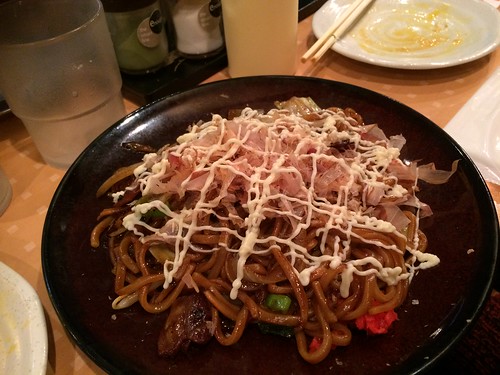 New Year’s Eve dinner consisted of takoyaki and negiyaki from our favorite shop in Dotonburi called Creole (yes, it really is called Creole!). Creole actually has two dining options for its guests: a regular table where they bring your food to you already cooked, or a table with a teppan so you can cook your okonomiyaki and yakisoba yourself. Whatever you choose, make sure you have lots of nice cold beer with it — whether in winter or summer!

But whatever you do, under no circumstances should you join the traditional New Years jump off Shinsaibashi Bridge >.> Seven people were injured and one person died this year alone