Japan and defending champions Spain may have been eliminated early, and home team Brazil may have suffered a painful semifinal defeat, but that doesn’t mean you can’t have a little fun with the World Cup 2014 teams. 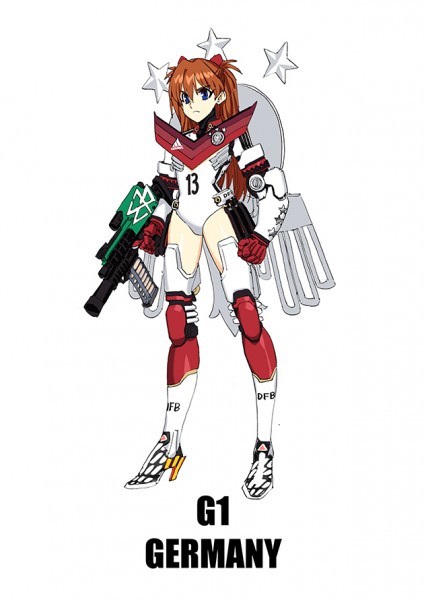 Yuyanshu — a football fan from China, has created bishoujo-style mascots representing each team, which are sexy-awesome and stereotypical-hilarious and maybe a little bit politically-incorrect! Kudos though for the nod to Evangelion with the German version — because Asuka is TSUNDEBEST ❤