magnetic-rose.net and Otaku Champloo are honored to be part of BLush Convention 2014, a biennial not-for-profit event organized for BL fans. Tickets to the con have been hotly contested, and all ticketing tiers have been sold out since January 2014. 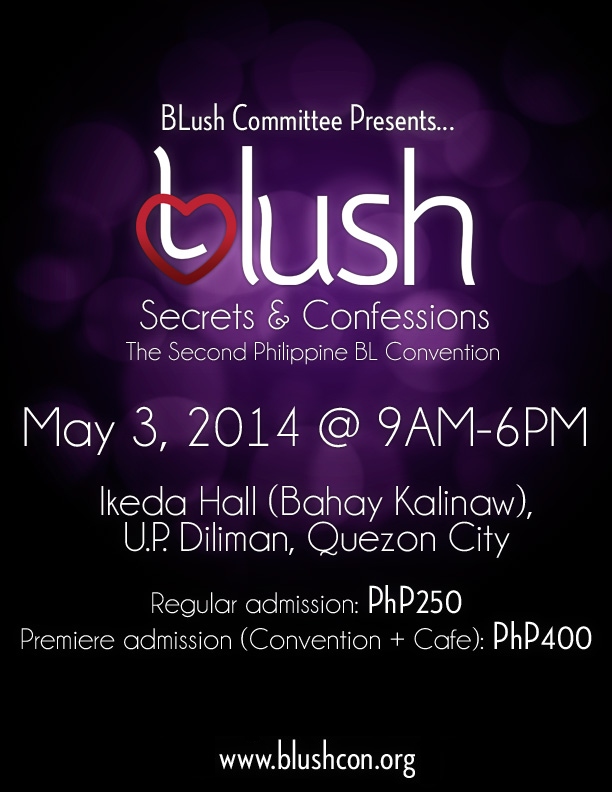 However, all is not lost! We are giving two pairs of fujo-friends the chance to attend the convention for free! To join our promo, just access our Rafflecopter app below, and follow all the instructions. Easy peasy!

For additional raffle entries, in the comments section of this post tell us why you deserve to win these Guest Passes and attend one of the most anticipated and most exclusive local conventions! Bonus point entries will be double- and triple-checked to ensure that only legit comments will earn the additional points.

Two winners will be picked randomly via Rafflecopter on 28th April 2014 at 12AM, and will be emailed on how to claim your tickets at the convention gates!