The Ministry of Foreign Affairs in Japan is issuing a call for entries from overseas cartoonists to the 8th International Manga Awards. Gold and Silver Prize winners will receive all-expenses-paid trips to Japan to attend the awarding ceremony. 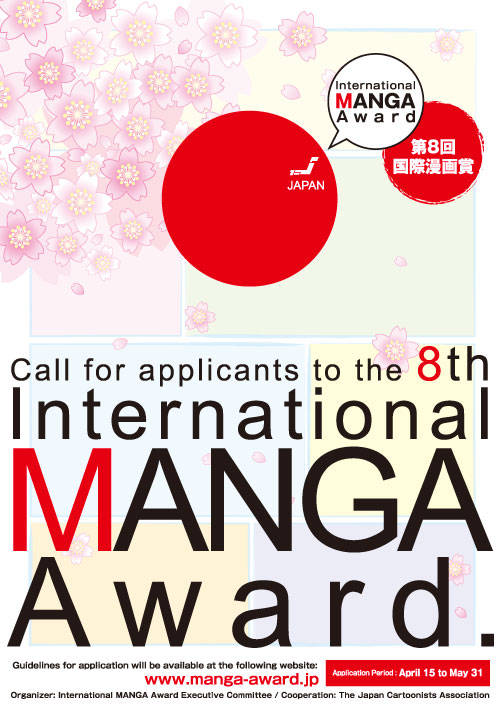 Please send entries to PO Box MBE 310, The 8th International MANGA Award Executive Committee, 1F MOF Kanda Iwamoto-cho Bldg, 3-8-16 Iwamoto-cho, Chiyoda-Ku, Tokyo, Japan 101-0032. Entries must be received on or before the 31st of May 2014. For a complete list of rules and other details, visit mofa.go.jp.

The winner of the 7th International Manga Awards was “Bokbig” by Prema Jatukanyaprateep from Thailand. This is the second consecutive year that the Gold winner came from Thailand.