The highly-anticipated English edition of the smash Japanese mobile game Fate/Grand Order has arrived in South East Asia! Players in Singapore, Malaysia, Vietnam, Thailand, the Philippines, and Australia can now download the game from both the App Store and Google Play, starting 2PM SGT (3PM JST) onwards on 19th April 2018. With over 30 million downloads worldwide since its first release in 2015 in Japan, it is one of the biggest-grossing titles in mobile game history! 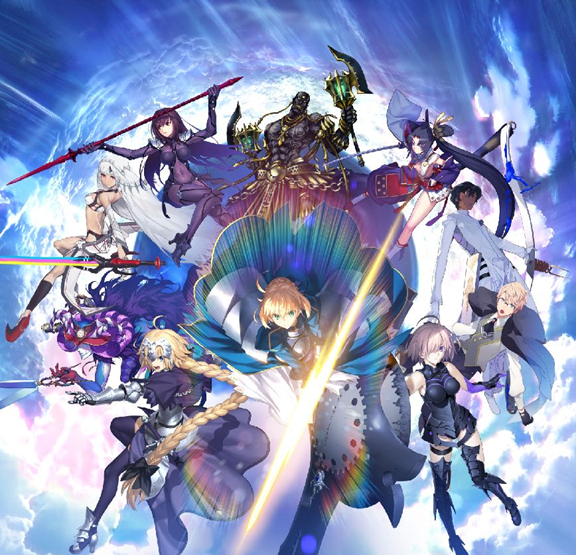 First launched in the United States on 25th June 2017 for the iOS and Android platforms, it quickly spread worldwide to other territories such as China, Hong Kong, Macau, Taiwan, and South Korea. Players in the South East Asian region can now access the same content as the US players, with five out of seven chapters from the First Arc already released.

Based on the immensely popular Fate franchise by TYPE-MOON, Fate/Grand Order is a free-to-play role-playing game developed by the FGO Project, consisting of DELiGHTWORKS, Aniplex, and Notes.

In a world where humanity’s existence is in peril, players take on the role of “Master”, with the ability to summon and command powerful familiars known as “Servants”. These “Servants” are powerful reincarnations based on historical figures such as King Arthur, Jeanne d’Arc, and Alexander the Great. To avert the extinction of mankind, players must embark on a quest known as the “Grand Order”, where they must travel back in time to fix the space-time anomalies together with their “Servants.”

Notable for its elaborate scenarios, the sheer volume of lines have made up more than a million words to keep players entertained. While knowledge about the Fate franchise may increase one’s enjoyment in playing the game, newcomers may be glad to know that it is not necessary to be familiar with its other media (such as the animation) as Fate/Grand Order follows a new and different storyline.

“Fate/Grand Order is a tactical, turn based RPG which features several chapters that takes the players to a different notable point in human history,” says Yosuke Shiokawa, Creative Producer of the FGO Project. “Together with different seasonal events, players will be put to the test with challenging missions and quests. One of the greatest appeals of Fate/Grand Order is that it is easy to learn, but hard to master. The game requires both in-depth strategy and skill to advance the player through ever changing obstacles.”