In May, anime fans are surely in for a visual treat as they are bound to experience a whole lot of action and adventure, blended with fantasy and mystery, when today’s hottest anime series are shown on Animax. 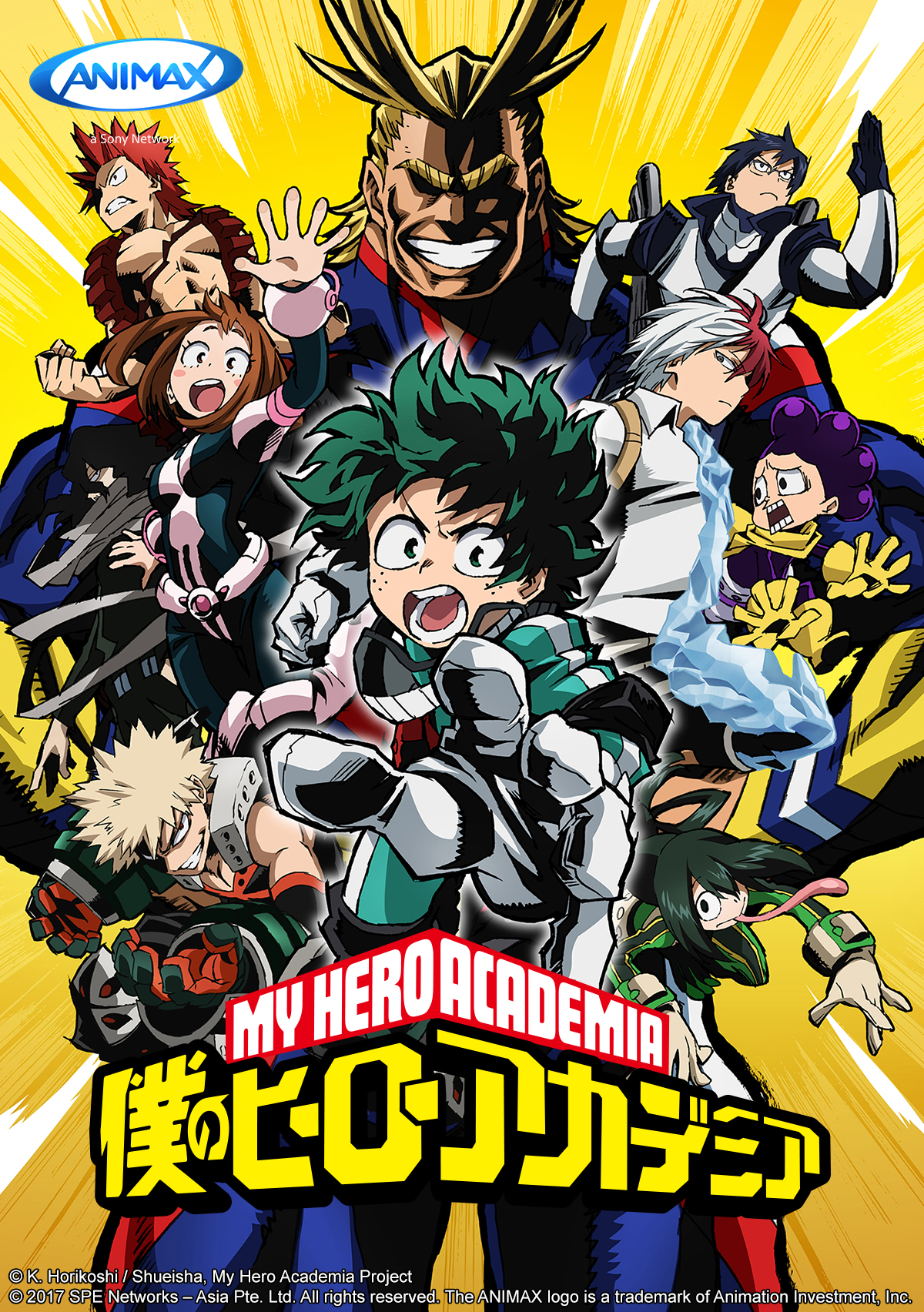 My Hero Academia (All New Episodes)

In a world where majority of the population has developed a superpower, the young and idealistic Izuku Midoriya seems to be isolated for having been born without one.

But as fate would have it, top hero All Might decides to impart his power with Izuku in a chance encounter, and this changes Izuku’s life forever. With his newfound superpower known as “Quirk,” Izuku begins to attend a high school for budding heroes and finally embarks on his lifelong dream to become a hero himself.

With the highly anticipated U.A Sports Festival approaching, the clashes between Izuku, Bakugo, Torodoki, and others continue to heighten. New faces will appear, including members of Class 1-B. All the hero students are fired up for the festival and Izuku is no exception!

My Hero Academia (All New Episdoes) airs same day as Japan on every Saturday at 10pm. 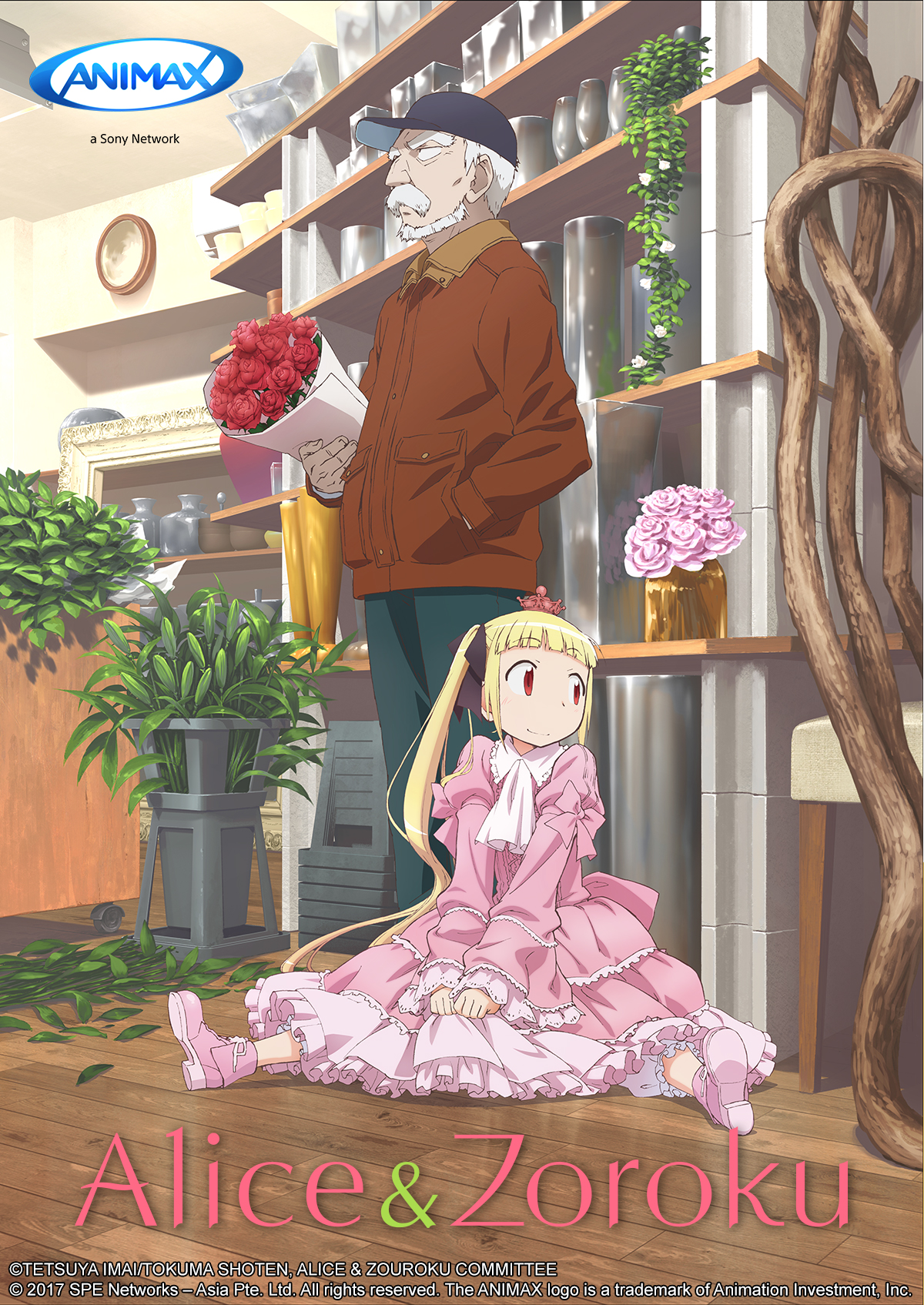 Sana and a group of young girls are locked away in secret to be experimented upon for possessing a mysterious power known as “Alice’s Dream,” which gives them the special ability to make their imaginations come true.

However, Sana escapes to the outside world and crosses paths with Zoroku, a stubborn old man who intensely dislikes disruptions to his orderly life.
oroku
Now with Sana around, Zoroku’s life will never be the same again!

Alice & Zoroku airs same day as Japan on every Sunday at 11pm. 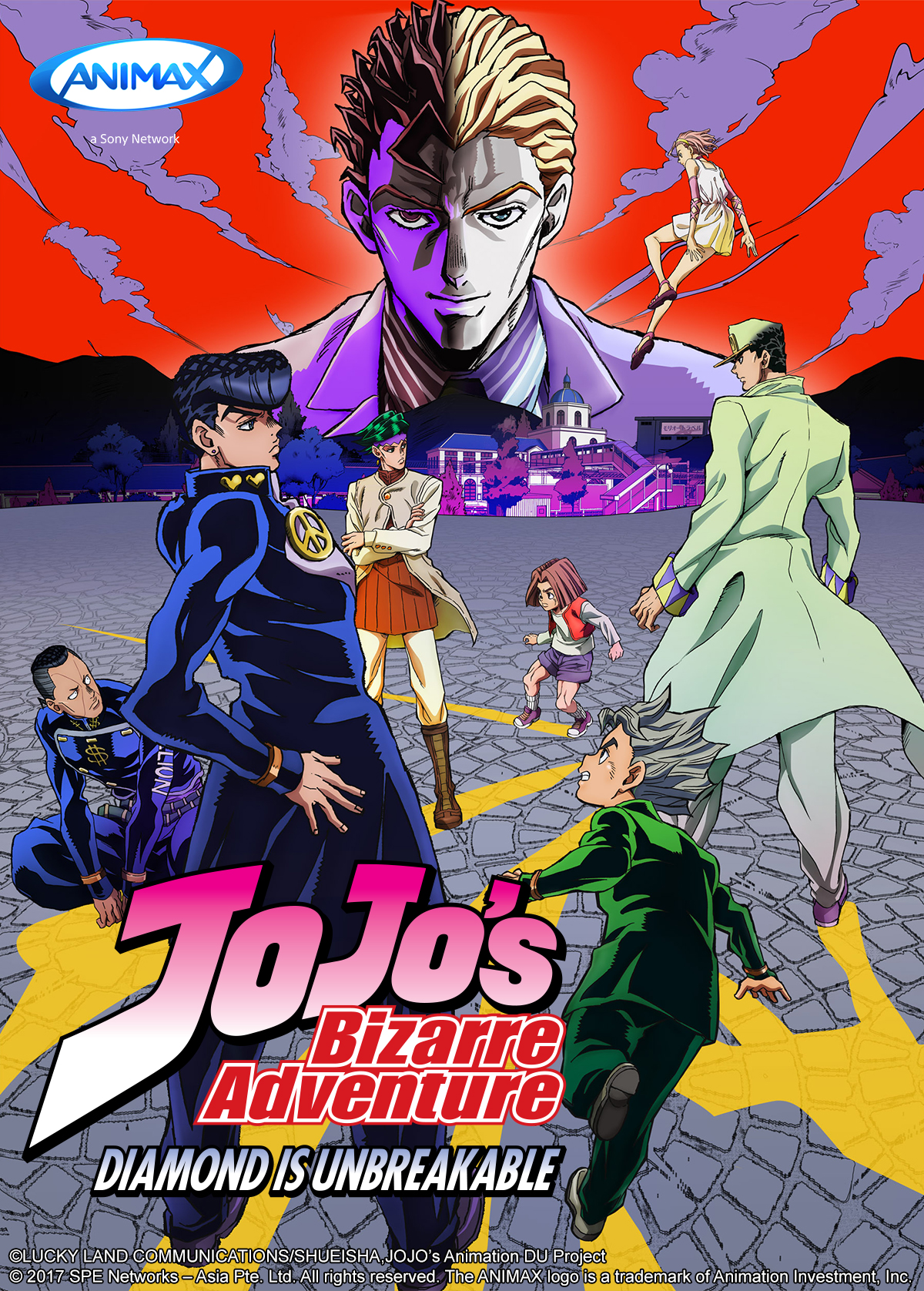 The year is 1999. The peaceful town of Morioh is suddenly beset with unexplained disappearances and mysterious events.

An older Jotaro Kujo, better known as JoJo, travels to the coastal city and meets with high school freshman Josuke Higashikata, the illegitimate son of his grandfather.

Along with two of their friends, and all their “Stand” super powers in place, JoJo and Josuke join forces to save their hometown from an emerging threat that creeps from within…

JoJo’s Bizarre Adventure: Diamond Is Unbreakable premieres on 26 May, from Wednesday to Friday at 10pm, with 2 episodes back-to-back, first & exclusively on Animax. 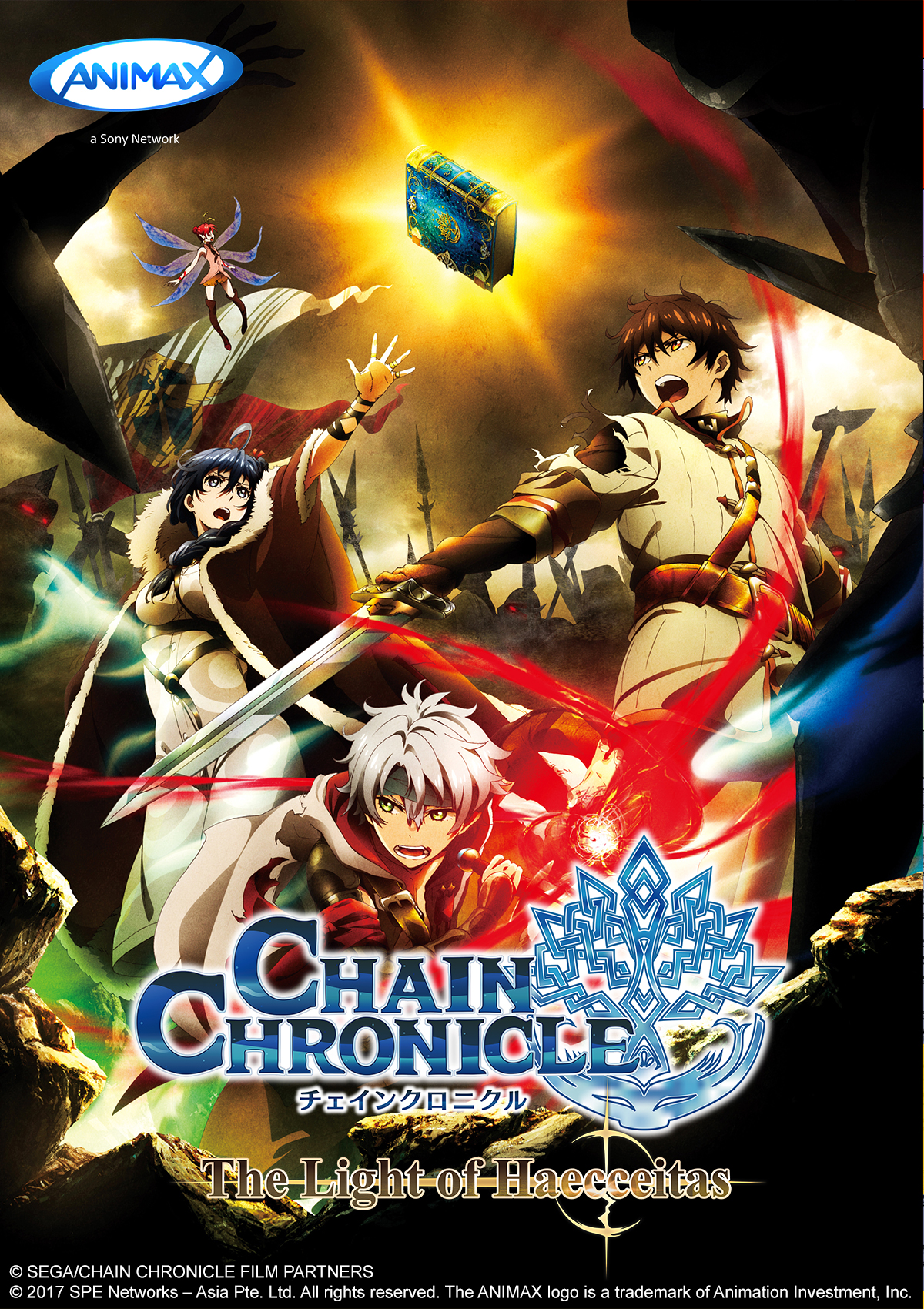 Chain Chronicle -The Light of Haecceitas-

In the continent of Yggdra, humans, ogres, giants, forest sprites, and many other mythical creatures live in harmony. Under the Holy King, the remote continent has been at peace until the arrival of a mysterious group called the Black Army which conquered the land.

When all seemed lost, Yuri, a young swordsman, decides to fight back and become the Holy Capital’s likely hero. He forms the Volunteer Army to restore peace in Yggdra.

Yuri then leads the battles against the Black Army before the world, as they know it, is swept by darkness and destroyed.

Chain Chronicle -The Light of Haecceitas- premieres on 30 May, every Monday & Tuesday at 10pm, with 2 episodes back-to-back, first & exclusively on Animax.