OO-KUN and his childhood sweetheart CHU CHU are bringing the warm fuzzy feelings this February, as ANIMAX ASIA releases it’s latest line up for 2017. 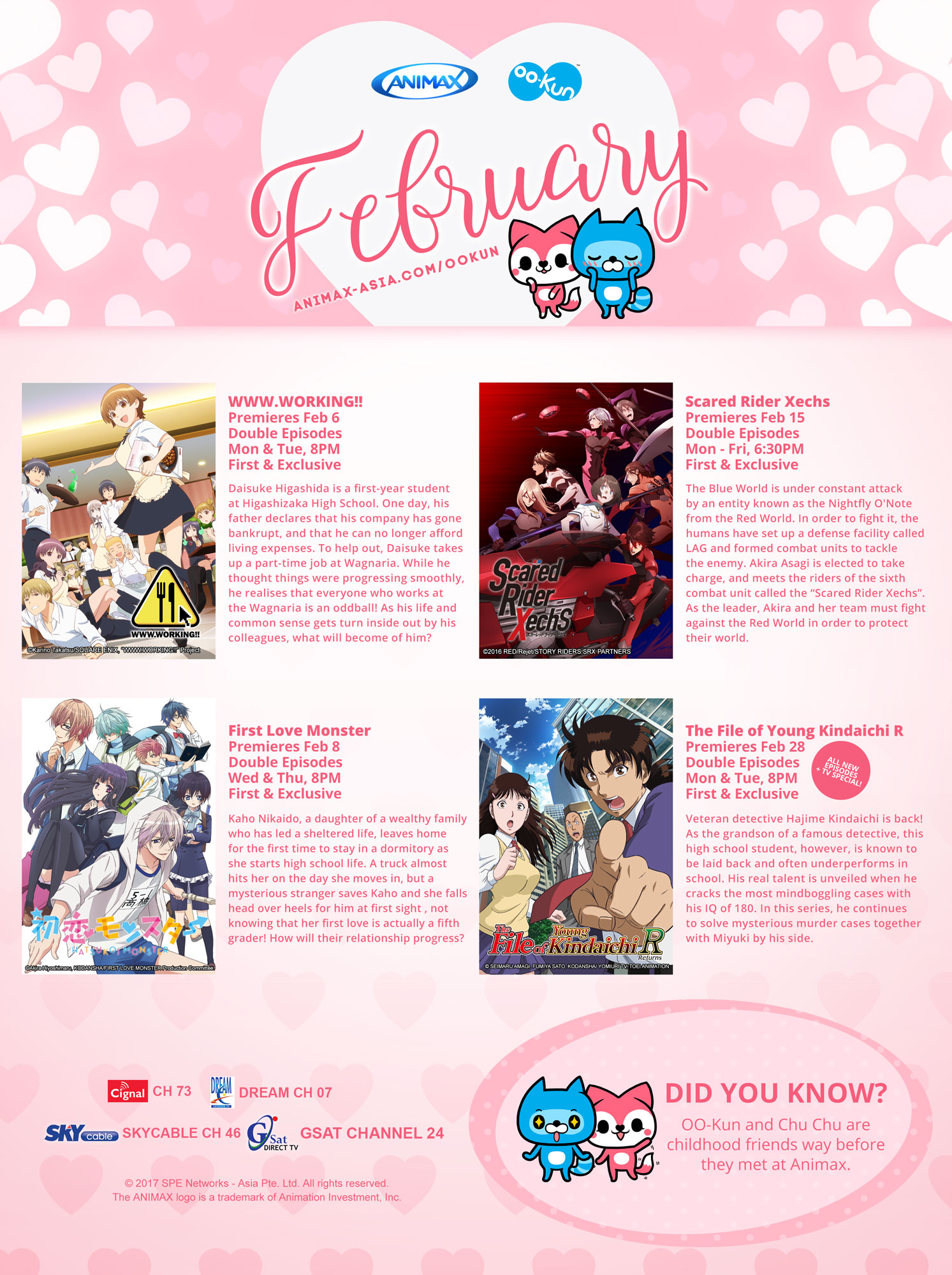