What better way to celebrate more than a half- century of camaraderie between two countries, than an afternoon with charming idols, costumes that dazzle and cool previews of Japanese animation films! The 60th anniversary of the friendship of Japan and the Philippines drew quite a crowd last December 4, 2016 at Market Market BGC! As with the previous iterations of this event, admission is absolutely free! 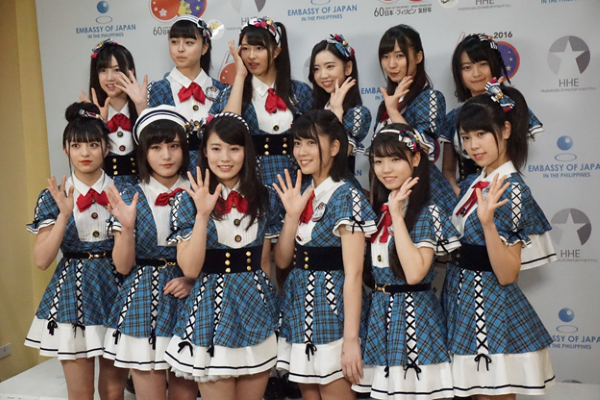 At the beginning, there was a visual spectacle with dancers performing ninjutsu-like moves, the play on light and shadows reminiscent of the samurai and ninja-dramas of the past. There were tons of previews for those who were interested in Japanese movies, like the critically-acclaimed “Kimi no na wa” and the live action rendition of the heartbreakingly beautiful “Shigatsu wa Kimi no Uso”

With Hero TV as a partner of said event, the crowds cheered as clips of much-beloved anime like Slam Dunk were flashed on the screen , along with a rather smoldering line-up of anime fresh from Japan. Part of the event was a music festa like no other. Fictional idols were brought to life, the colorful Muses of Love Life breathed into life by the charming cosplayers, as they sang and pranced on the stage. 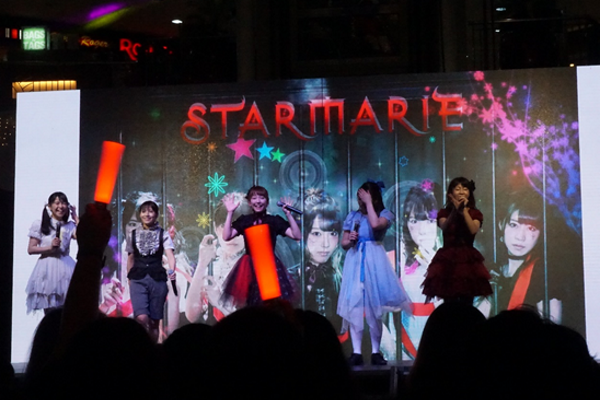 The horde of adoring fans were graced by the stellar presence of the gothic Lolita-quintet Star Marie. Providing the crowd with fantasy-inspired themes, their energetic moves provided a nice contrast to their elegant and soft image. And the cherry on top of the very scrumptious musical gala, was the performance of the hit-idol group, AKB48’s Team 8.

Before the programme started, the adorable ladies of Team 8, held a mini press-conference of sorts. Not only were they a picturesque but they were also rather bubbly when they answered questions about their views on the Filipino-Japanese friendship and what they thought of Filipino food. 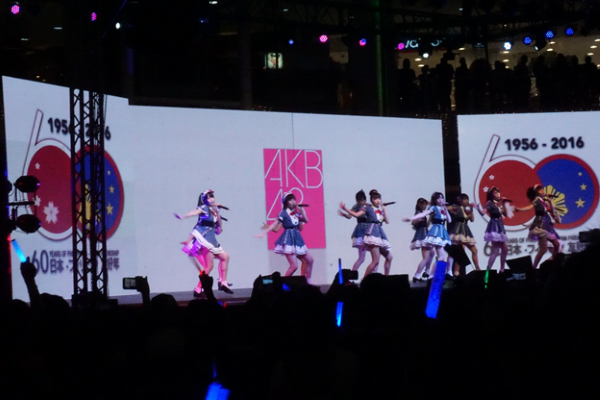 Of course fans were more than willing to reciprocate the love that their idols have showered them with, and some have rather boldly shown their appreciation for their beloved idol group! All in all, it was a quite a fun romp! Though it really wouldn’t hurt if they’d bring artists which would cater more to the fans of the female persuasion. It really wouldn’t hurt to bring artists like Arashi and other male groups. It’s been a great 60 years of friendship between the two countries and here’s to hoping for centuries more.