Singapore Toy, Game and Comic Convention (STGCC) is thrilled to announce that star comic book writers, Nick Spencer and Tom Taylor, will be making their first appearance in Singapore, on the 10 and 11 September, at the Sands Expo and Convention Centre, Level B2, Halls E and F. Fans can also experience the vibrant subculture as world-renowned cosplayers Pugoffka and the ever-versatile, Haoge, grace STGCC’s power-packed festivities. 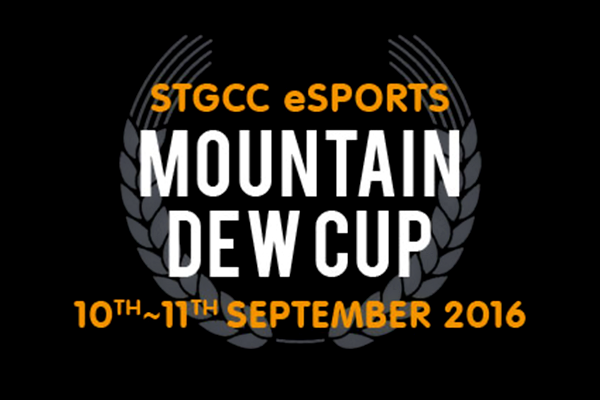 STGCC to host its first ever eSports PC tournament with Mountain Dew!

Mountain Dew presents “STGCC eSports – Mountain Dew Cup 2016”, the first ever PC gaming tournament in STGCC. The top 2 teams will walk away with a total prize pool of $2500 cash and other exciting prizes sponsored by Razer, Secret Lab and many more. A total prize of more than $7500 awaits, so rally your team mates and head over to this link for complete tournament and registration details.

Give your eyes a visual treat with dazzling cosplay culture

What’s a pop culture convention without cosplay? This year, STGCC will feature some of the most popular cosplayers from across the globe who are attending the event for the first time! Travelling all the way from Ukraine is worldrenowned Pugoffka. She is also an accomplished cosplay photographer who has conducted more than 700 photo shoots in less than 7 years! The brilliant Pugoffka is slated to be a part of the judging panel at the
STGCC Championships of Cosplay this year.

Joining Pugoffka is the popular Taiwanese cosplayer King . A veteran in the cosplaying scene, she has more than 16 years of experience and have no plans of stopping anytime soon. King brings androgynous characters to life with her portrayals of male characters from Boy’s Love series and villain characters from the Shōnen series. King will also be judging at the STGCC Championships of Cosplay.

Be spellbound by Haoge ’s crossplaying skills a male cosplayer from China who has proven that one does not need to be a girl to be beautiful. Haoge has taken the Internet by storm for his unbelievably stunning portrayals as
Minami Kotori from the Love Live! series and Kasugano Sora from Yosuga no Sora. Fans will also be delighted to
know that one of the most famous Taiwanese cosplay pairings, Yao & Alma have been added to the list! With a
combined experience of 20 years under their belts, they will amaze fans with their skilful impressions of each
character they take on.

Also from Taiwan, Momo is well-loved among fanatics for cosplaying as cute and upbeat characters such as Yazawa Nico from Love Live! and Chino from Is the order a Rabbit?. She believes that there is a “cosplay gene” in
everyone and lives up to her favourite phrase, “No Cosplay, No Life!”. Lastly, hailing all the way from Hong Kong, Hisui has been in the scene for at least 10 years and is an expert at her cosplay craft. Meet the babyfaced
beauty who will be making her debut in Southeast Asia.

Meet the talented creators behind the fans’ favourite toy collectibles

In the world of sofubi (soft vinyl toys), the name Shoko Nakazawa , otherwise known as Koraters, is synonymous with her unique and distinct style. Famous for her Byron figurines, she fascinated everyone with its curvy cuteness, selling out the item at every exhibition in Asia. STGCC and the artistic folks at homegrown toy company Flabslab, are excited to bring the Japanese toymaker to Singapore for the first time to showcase her work.
Bryon and her other creations will be available at STGCC.