The groundbreaking collaboration between Cosplay Mania and ANIME FESTIVAL ASIA’s I ❤ Anisong begins this 2016! 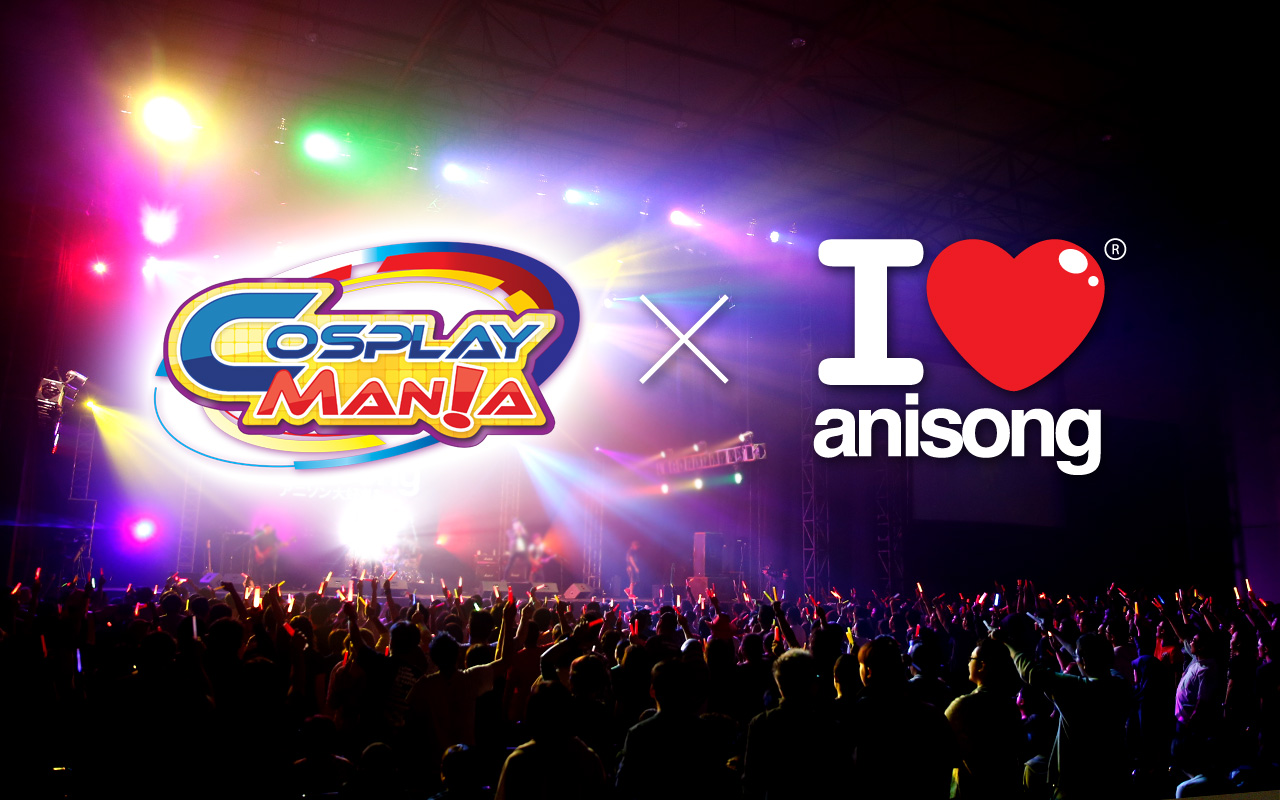 Cosplay Mania 2016 is coming to you this October 1-2, 2016 at the SMX Convention Center Manila, Mall of Asia Complex, Pasay City. 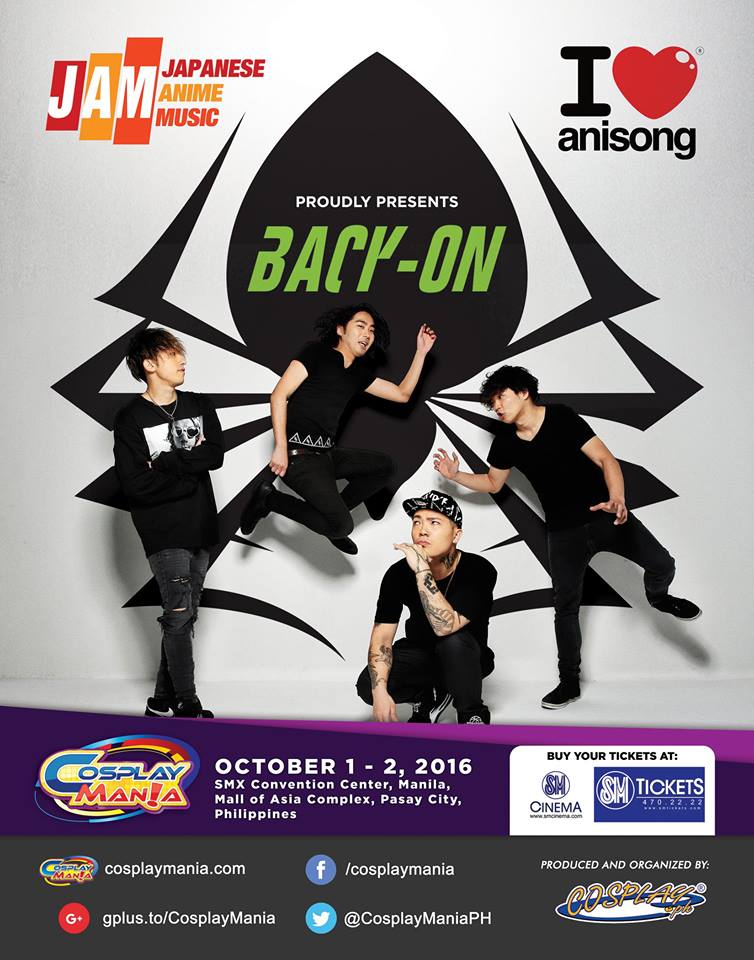 Let’s all welcome Back-on — a 4-member hybrid rock band formed in Japan in 2002. They made their major label debut in 2005 and the band has since released 15 singles and 5 albums so far and have held live shows around the world. 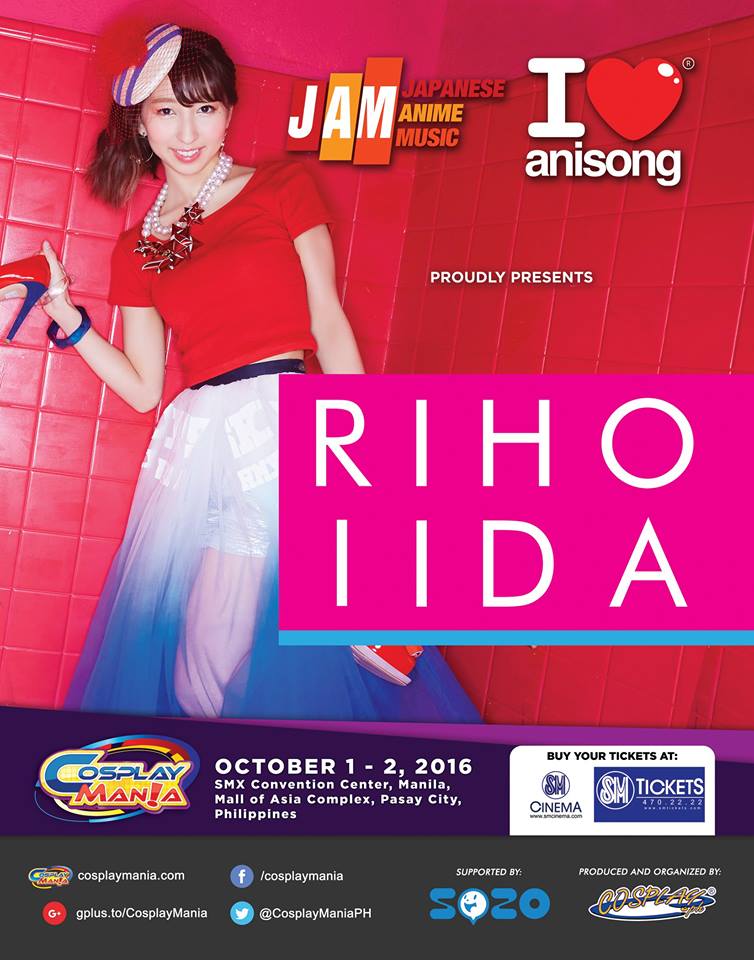 Riho Iida — fondly known as “Rippi” came into the spotlight when she was 11 years old, appearing on the Tensai Terebi-kun MAX series on NHK in 2002. Since then she starred in many movies, TV series, stage plays, commercials, radio shows and so on.

In 2013, she made her debut as a voice actress she plays one of the main characters in the anime Love Live! School Idol Project ( ラブライブ！) as Rin Hoshizora. She then played major roles in games such as “Love Live! School Idol Festival,” “Omega Quintet,” “Magical Girl OverAge,” and “Ange Vierge: The Second Disciplinary Committee Girls Battle.” In 2015, she played Kana Uehara in the anime “Re-Kan – レーカン” and Ruka Sovagasky in “VENUS Project: Climax.” 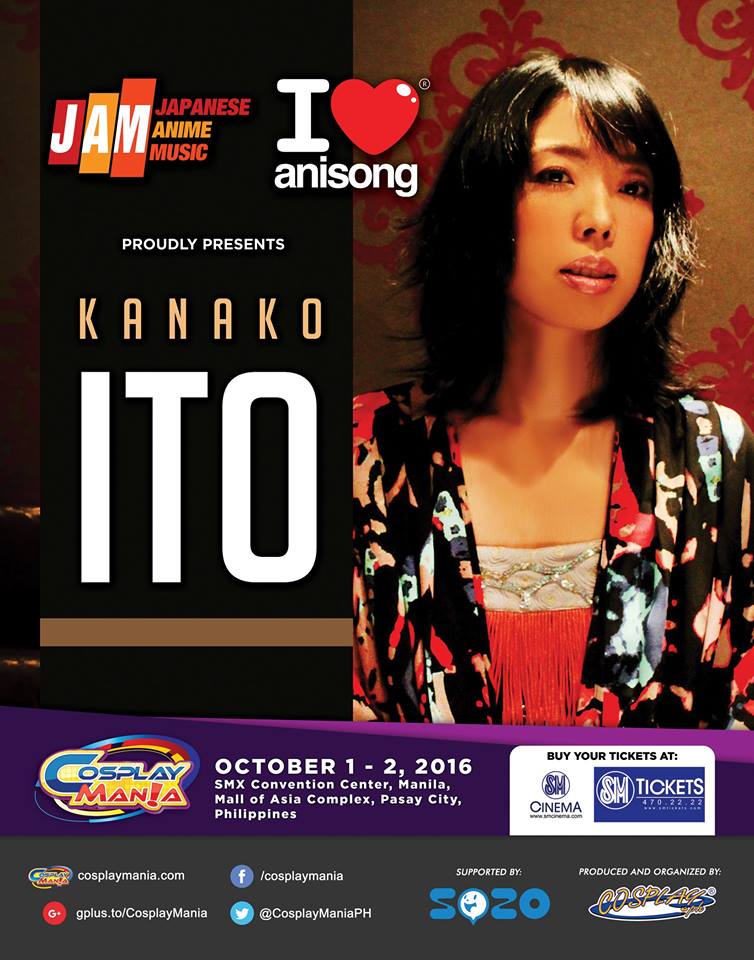 Kanako Ito made her debut as a singer when she sang the theme song “Reichin Rin’inshan” for the game “Kikougai: The Cyber Slayer” in 2002. Since then she has sung many songs for anime and games such as “Higurashi no Koro ni”, “School Days”, and “Onegai Twins”. At present, she is known for singing songs from the “CHAOS;HEAD”, “STEINS;GATE”, and “ROBOTICS;NOTES” series. She will sing the opening song for the upcoming fall anime “Occultic;Nine”. 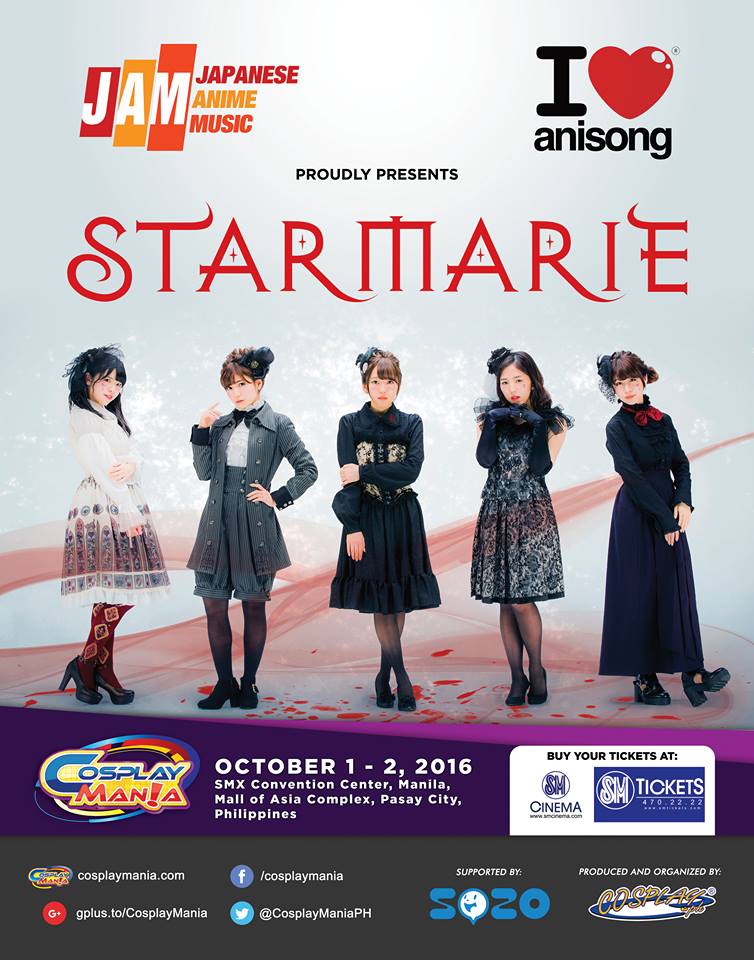 magnetic-rose.net is an Official Media Partner of Cosplaymania x I Love Anisong 2016.