The second day of Singapore Toy, Game and Comic Convention (STGCC) was just as exciting as its opening day, with a fresh line up of events including a spotlight on Sadamoto Yoshiyuki, a Creator’s Talk Show with Japanese VA Tomokazu Sugita & video game producer Mori Toshimichi, and the inaugural Championships of Cosplay and Kids Cosplay Parade. STGCC was held on the 12th and 13th of September 2015 at the Marina Bay Sands Marina Bay Sands Expo and Convention Center. 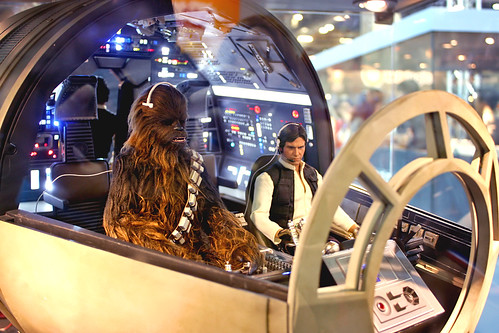 Similar to previous years, Sunday is once again Kids Day at STGCC 2015 — with participants aged 12 and younger allowed free entry to the event. Many kids showed up in their best geek gear, while others showed up in cosplay with the approval and support of their parents. A select few even took to the stage for the Kids Cosplay Parade; these lucky kids got to take home exclusive goody bags sponsored by event partner DisneyXD!

And speaking of cosplay, it’s the first time that the event plays host to the STGCC Championships of Cosplay! STCGG CoC is one of the stops of the brand new international cosplay competition “Quest for the Crown”, with the grand finals to be held at the 2016 C2E2 Crown Championships of Cosplay in Chicago. The STGCC Champion will battle it out with the best cosplayers in the world for a shot at the crown and amazing prizes — including SGD 1000 in cash, a trip for two to Chicago, and loads of Magic: The Gathering items.

The title and all those the fabulous prizes eventually went to Handry Winata, AKA Vincentius Lie, cosplaying as Iron Man Mark 39 (Starboost) from Marvel’s Iron Man. Handry is a cosplayer from Indonesia who has been in the hobby since 2012. He has taken part in several competitions prior to STGCC CoC, such as Indonesia LYTO Game Festival Competition in 2013 (Grand Prize Winner) and Asia Cosplay Meet Competition 2014 (Runner-up).

With some last minute purchases and eleventh hour queues for autographs from our favorite artists (much love to our friends Charmie, Jin, and Miguel for letting us use the last of their Fast Passes for Sadamoto-sensei’s signature T^T), our overall experience at STGCC 2015 was pretty great! Unlike other cons that charge a hideous amount for tickets and VIP passes without delivering good value, everyone we spoke to have said that STGCC has been great fun, and they will definitely return again next year — VIP passes in tow ❤

See you all again next year in Singapore!