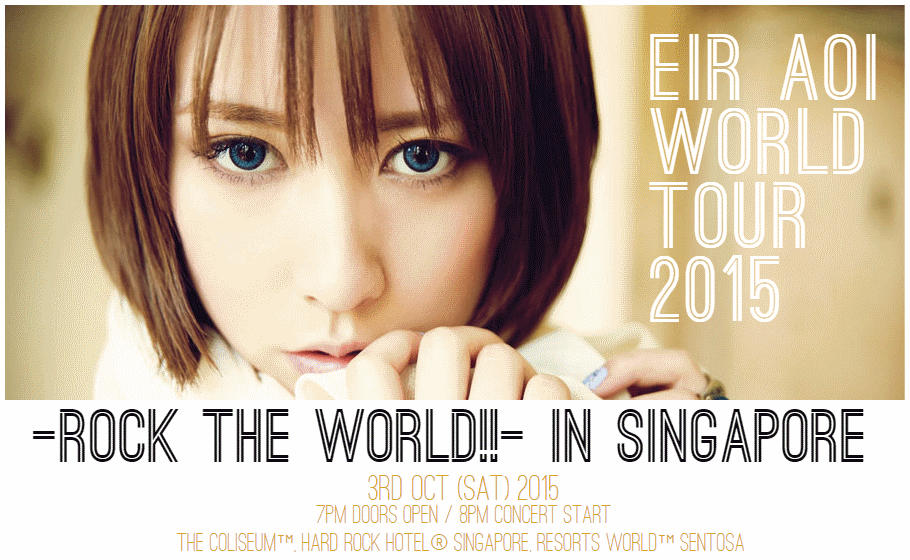 Eir Aoi World Tour 2015 – Rock the world!- in Singapore is proudly organised by SOZO in partnership with Sony Music Artists, under the Japan Music Festival platform. The event is slated for 3rd October 2015 (Saturday) at The Coliseum™, Hard Rock Hotel® Singapore, Resorts World™ Sentosa. Doors open at 7PM and the concert starts at 8PM. Tickets are now available for SGD 148 (VIP-Cat 1) and SGD 88 (GA-Cat 2), via SISTIC.

magnetic-rose.net is an Official Media Partner of Eir Aoi World Tour 2015 ROCK THE WORLD! IN SINGAPORE.