As part of her Asia tour held in Hong Kong, Taipei, and Shanghai — LiSA has succesfully wrapped up her first solo Singapore live entitled LiSA ~ LiVE is Smile Always ~ Singapore 2015. Held last 18th of July at the Resorts World Theatre in Sentosa, this event was proudly organised by SOZO in partnership with Sony Music Artists, under the Japan Music Festival platform. 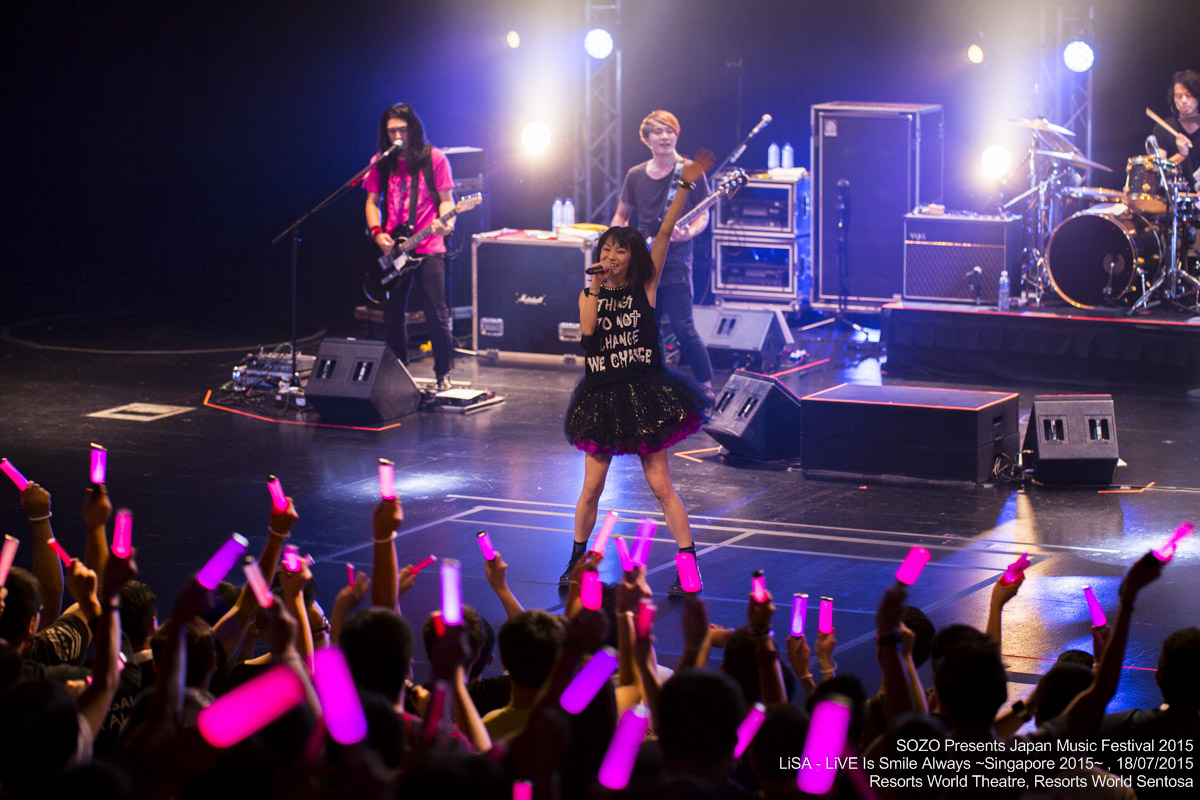 Up next for the Japanese pop culture tsunami are highly anticipated gigs in Australia (Anisong X Smash) and Singapore (EGOIST Live in Singapore 2015: A Live is Worth a Thousand Pix), and of course the crown jewel on Sozo’s events line-up: Anime Festival Asia 2015! See you all there very soon! 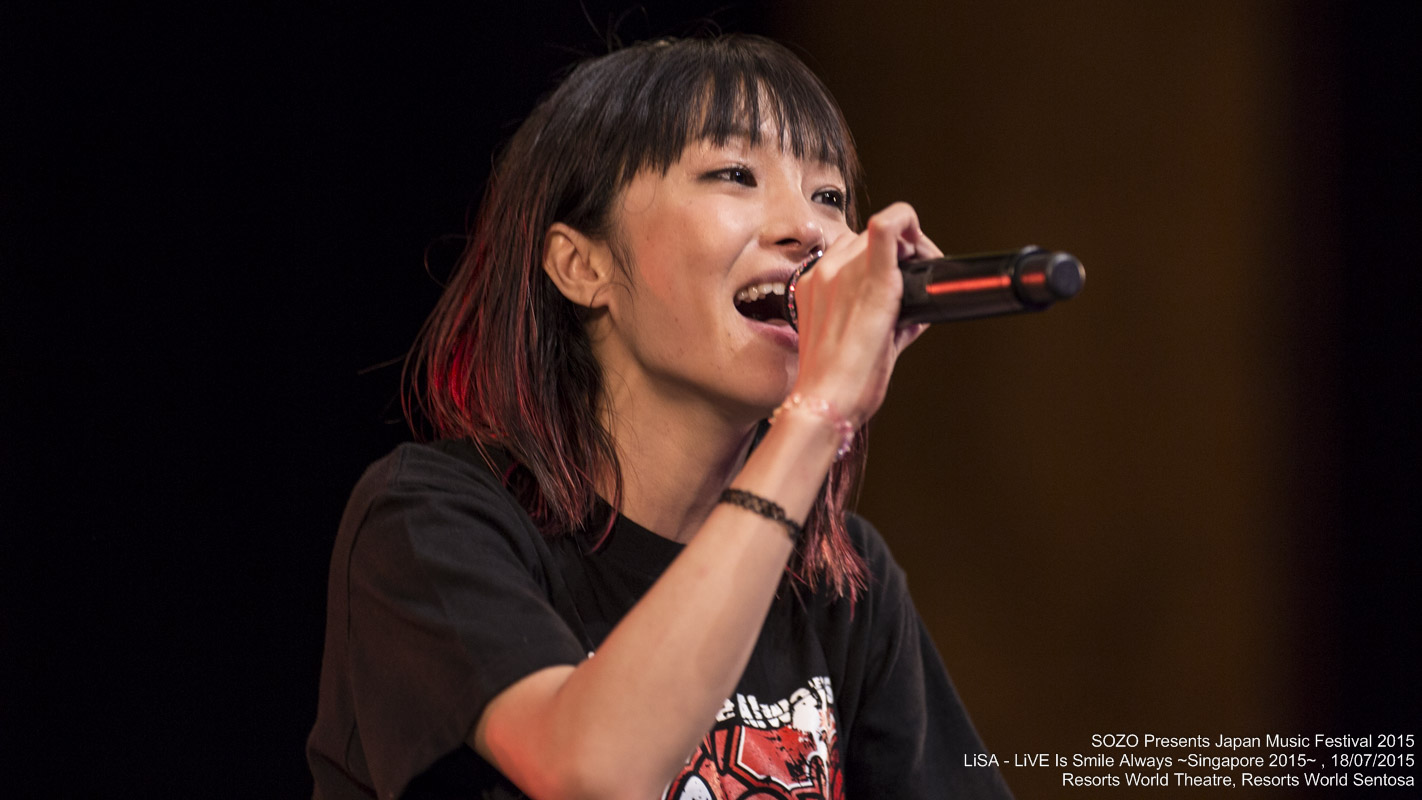 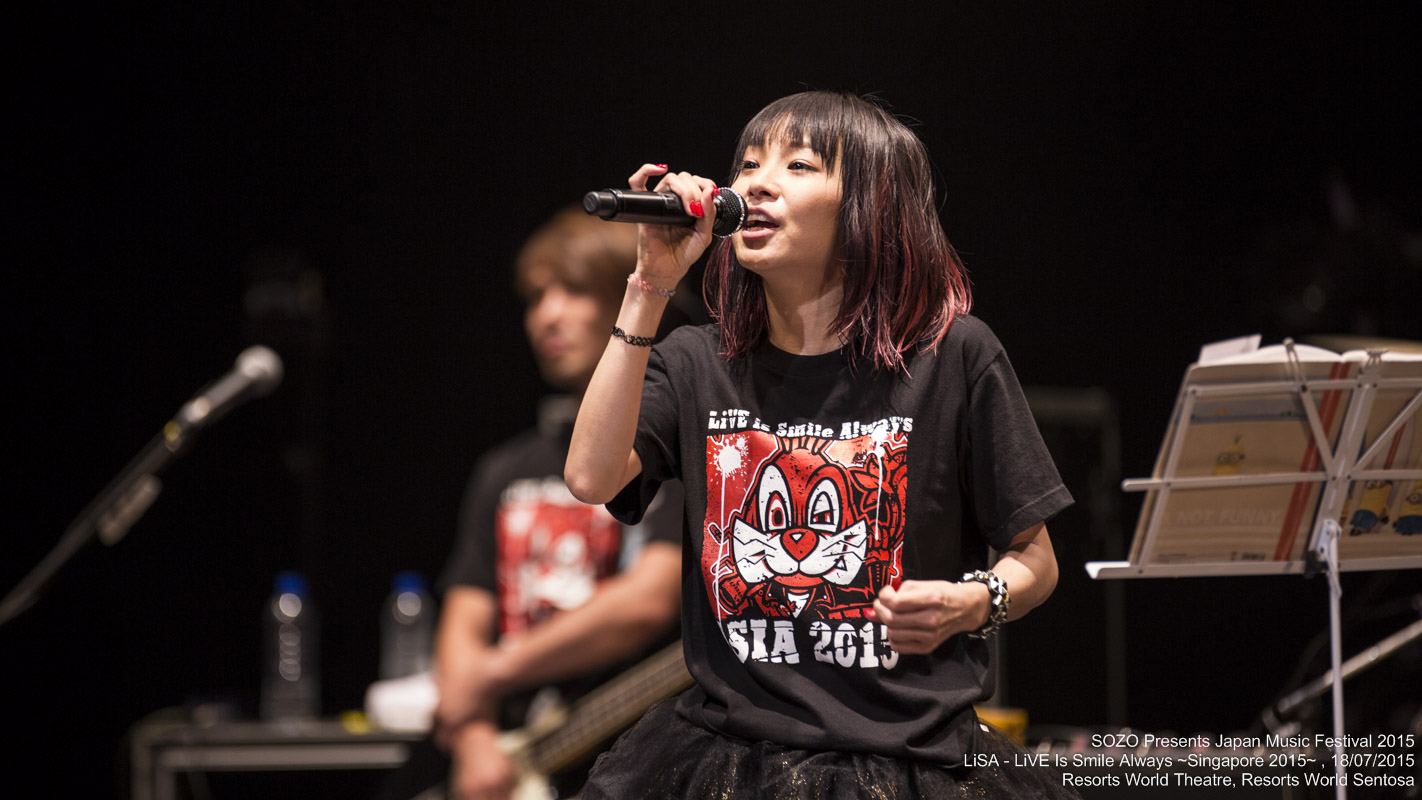 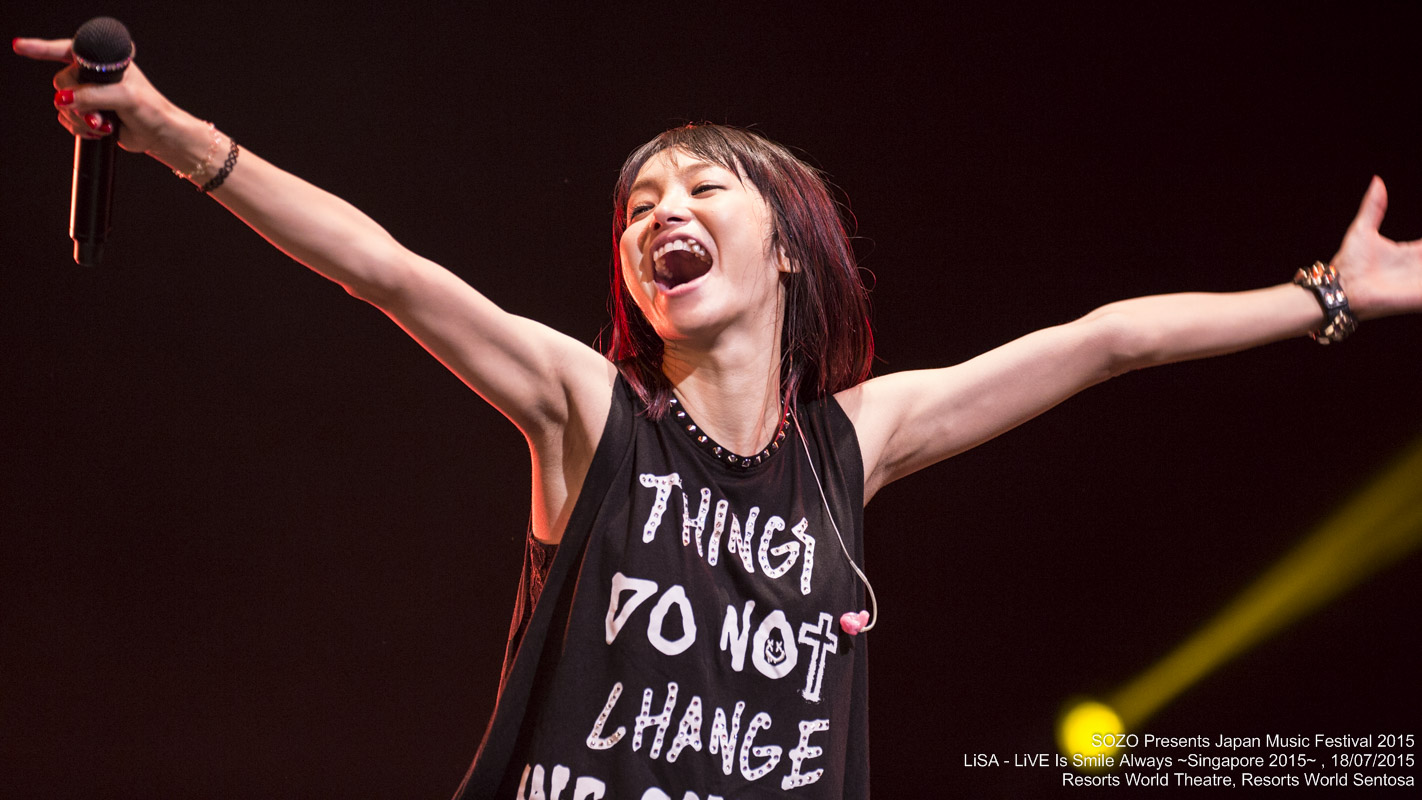 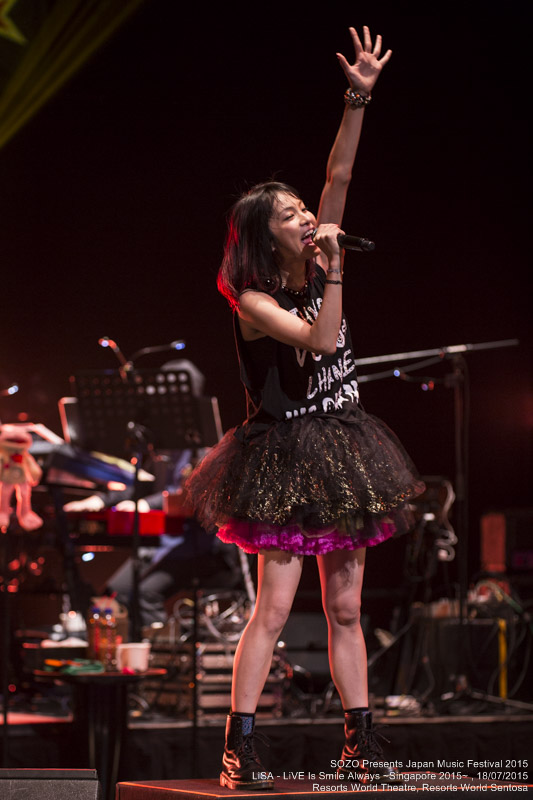 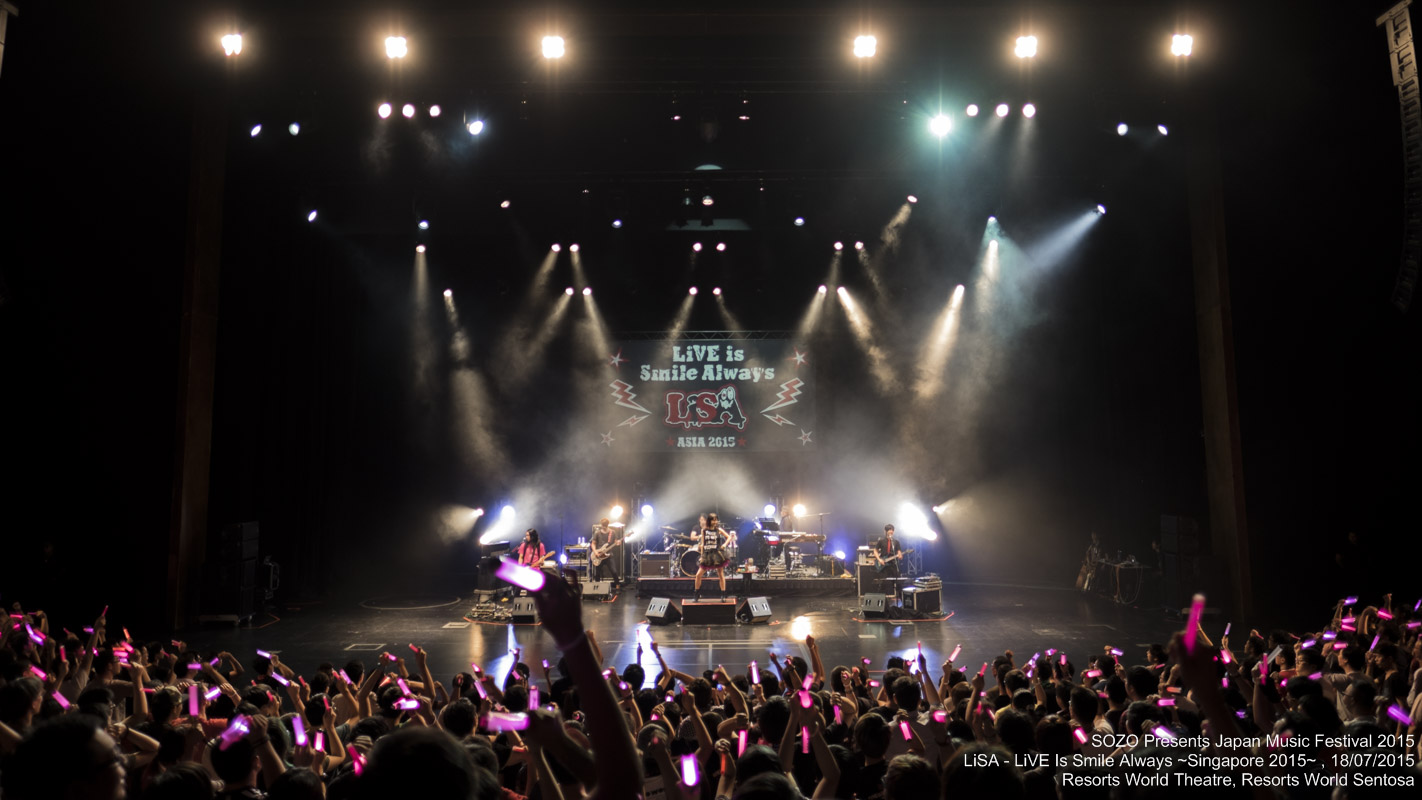 Thanks very much to CK Tuea and Sozo Pte Ltd. for providing the official photos from the event.