It’s been almost two years since their last event, but Animax Philippines is back in a massive way with Animax Carnival Philippines 2015! Held just this weekend — the 30th and 31st May 2015, at the Hall 4 of the SMX Convention Center Manila in Pasay City, this was the biggest Animax Carnival event ever scheduled in the Philippines. 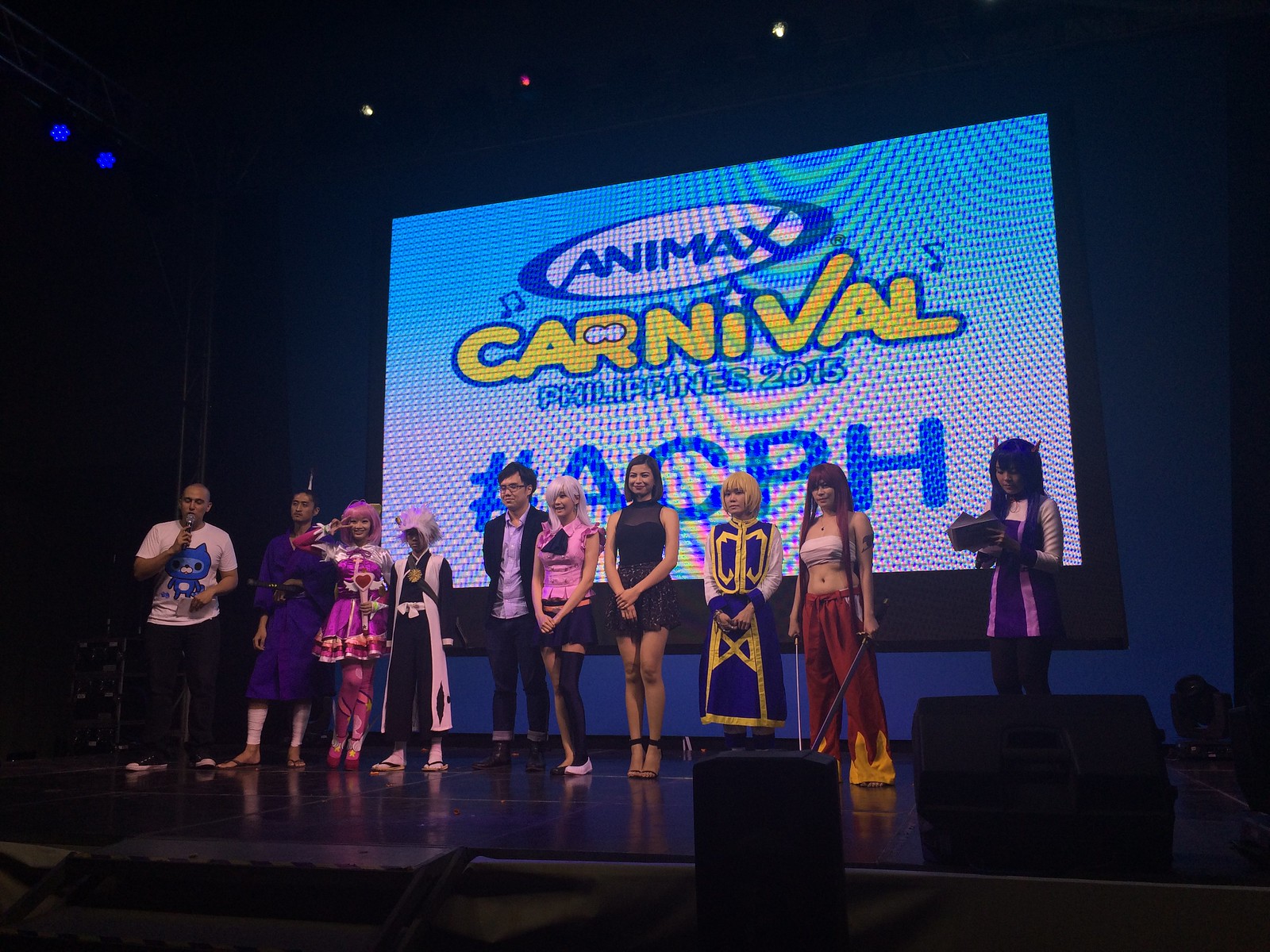 The event itself was divided into four huge sections, laid out in a grid reminiscent of the famous Scramble Crossing in Tokyo’s Shibuya Ward. To one side was Akihabara Electric Town, which hosted the event’s many tech-related sponsors such as Brother, All Nippon Airways, Cignal/Skycable, WACOM and Garena.

Across it Yoyogi Park, where a massive torii was accompanied by an equally massive cherry blossom tree. Next to these art installations where cultural booths manned by the Embassy of Japan in the Philippines, as well as traditional Japanese game booths featuring shateki, wanagi, daruma otoshi, and kendama.

Next to Yoyogi Park was the Harajuku District, which housed street eats and fast fashion outlets similar to the quirky stores that lined the real Harajuku’s Takeshita Doori. There you can find mori girl pieces, circles lenses, and traditional yukata or summer kimono — often worn during fireworks viewing.

Last but not least was a huge stage and open seating area was located to one side, which hosted the Solo and Group Cosplay Competitions, film screenings, and artist performances. Animax Carnival Philippines 2015’s official line up of guests is nothing to sneeze at, as they managed to bring in not just cosplayer Alodia Gosiengfiao, but also Japanese artists GONZO and TRIQSTAR — who first rose to fame as finalists of the reality show Asia’s Got Talent.

As expected from cosplay-crazy Manila, one of the highlights of the day’s events was the Solo Cosplay Competition. A prejudged roster of competitors took to the stage in an attempt to impress the panel of judges, which included Alodia, local actress and avowed anime fan Glaiza de Castro, and Animax Asia senior executive Jia Hwa Chua.

The cup was eventually brought home by Tantin Meneses, who portrayed Ezra Scarlet, a female fighter and one of the most popular characters from the anime Fairy Tale. She stole the show with her energetic fighting moves and an onstage quick-change performance that drew cheers from the fans in the audience.

The event was one of the best corporate events we’ve had the pleasure of attending. The activity areas were well-planned and well-executed, with the organizers putting the enjoyment of the fans first and foremost (it was also reminiscent of the very first Anime Festival Asia way back in 2008, which we had also attended).

One other thing we really liked was that the organizers made sure everyone who attended had a little something to take home after the event. There was no shortage of contests and activities to join, and the hall was awash in prizes ranging from high-end audio accessories to those highly coveted OO-KUN balloons.

Speaking of OO-KUN — while most people have not heard of the adorable blue raccoon before Animax Carnival Philippines 2015, he certainly has a following now! His onstage dance moves and his offstage antics have earned him a special place in many Animax fans’ hearts, and we are all looking forward to seeing him again very soon.

Overall, the first day of Animax Carnival Philippines 2015 was a massive success — bringing the channel to the forefront of the arms race that is the local anime broadcasting scene. With one more day left in the convention, attendees are already comparing it to another event slated the next weekend by a rival channel, and declaring Animax Carnival the winner hands-down.

magnetic-rose.net is an Official Media Partner of Animax Carnival Philippines 2015.