It’s time for the annual battle for cosplay supremacy as Cosplay Mania 2015’s Cosplay Tournament of Champions is back! TOrCH 2015 pits cosplay pairs from preliminary rounds held all over the Philippines, in a quest to find out who the Philippine representative will be at this year’s Anime Festival Asia Regional Cosplay Championship in Singapore. 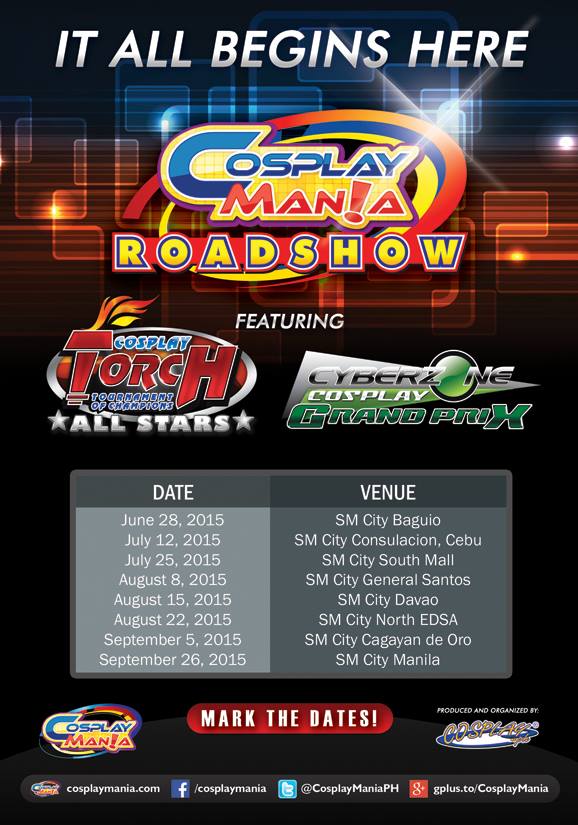 TOrCH 2015 Preliminaries will be held at:

Prospective contestants must register online at the Cosplay Mania website before their local Preliminaries are to be held; there will be no on-site registrations on the event date. You can also check out their official FB fanpage for updates and other information.

magnetic-rose.net is the New Media Coordinator and an Official Affiliate of Cosplay Mania 15.