We were back in Tokyo, but we were still pining for the temples and shrines of Kyoto — so we made a snap decision, dropped our Tokyo plans, and headed for Tokyo Station with our JR Passes in hand. A speedy shinkansen ride later, we were back in Kyoto umbrellas in tow, and made the trek up to Fushimi Inari shrine. 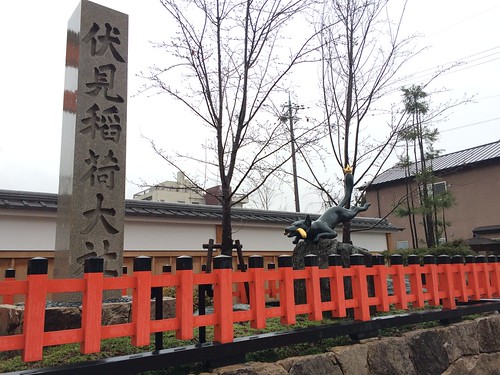 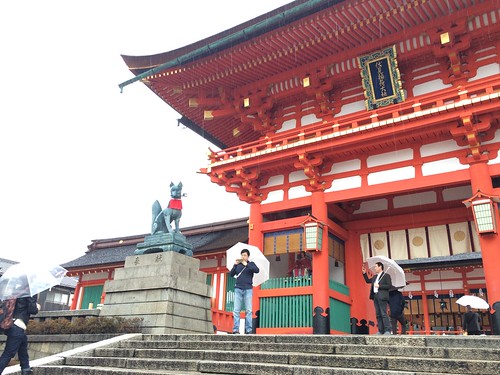 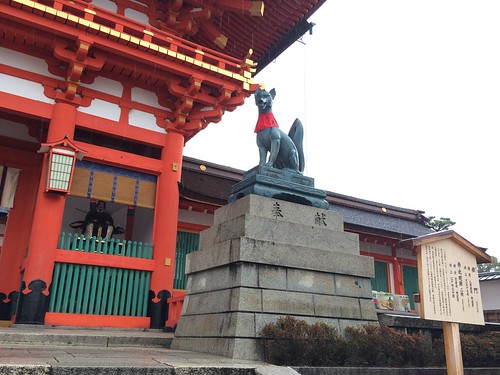 Fushimi Inari Shrine holds a special place in our hearts: dedicated to money and business, we think the shrine helps us earn enough (and save enough) to make our annual trips to Japan ❤ Just last December, we purchased a few omamori and ofuda from the shrine — we ended up doing a giant block of overtime hours in our dayjobs upon our return in January, which actually paid for our March trip ^^;; 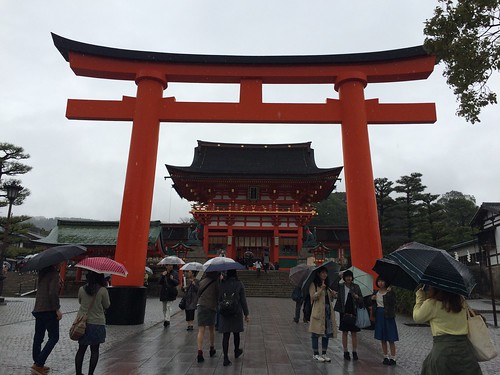 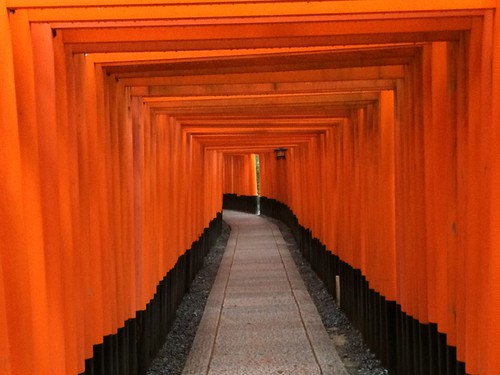 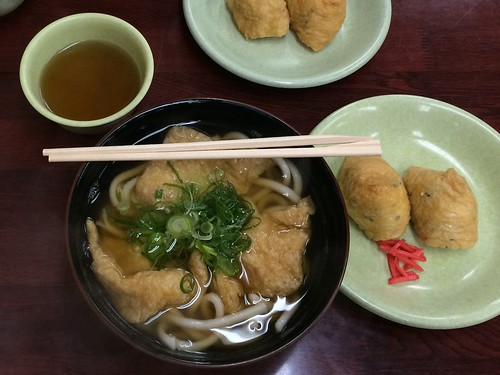 The weather was not the best — it was cold and rainy, but that actually worked in our favor as there were less tourists about. With just a few brave souls about, we managed to finally, finally snag shots of the Senbon Torii or the Thousand Vermilion Gates without any people in it. If you want to fulfill your Memoirs of a Geisha fantasies, a little bad weather can be a good thing. 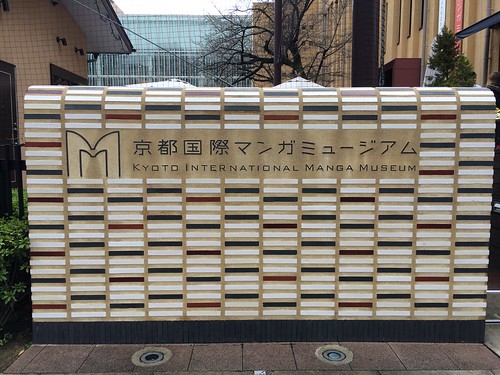 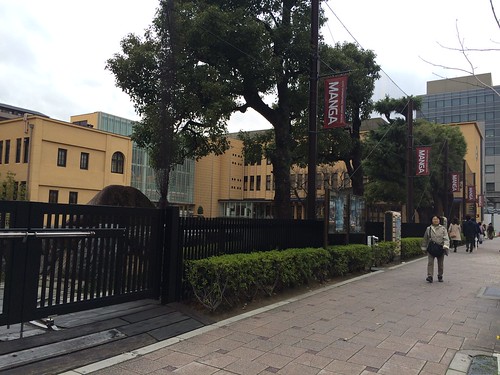 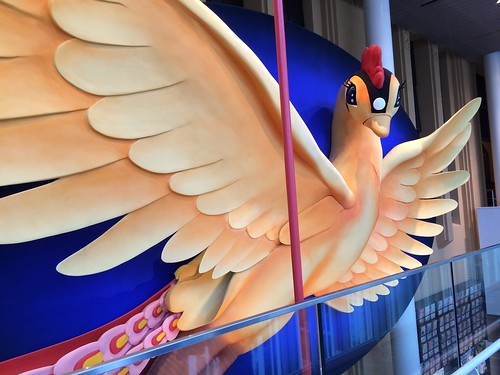 After a quick meal of Kyoto udon and inari sushi, we hopped onto the subway for Kyoto International Manga Museum. Located just two minutes from Karasuma Oike station, the museum is housed in a building that used to be an elementary school. Now, it contains thousands of volumes of manga in a number of different languages, as well as educational and interactive exhibits that attempt to explain the entire industry of making manga.

It’s a great place not just for manga fans, but also for aspiring manga-ka. The museum tries to present everything about manga — both good and bad, in an easy to understand way. From the history of manga, to the financial nitty-gritty of major publishers, all the way to the influence of manga on international comics, you can spend hours in there without noticing!

The museum also hosts workshops and special exhibitions in regular rotation. While we were there, they were preparing to open an exhibition for Puella Magi Madoka Magica. They were also doing an exhibit on GaiMan Award winners (GaiMan stands for “Gaikoku no Manga”, literally “overseas comics”); interestingly enough, the 2014 award was won by one of my favorite comics, Hawkeye by Matt Fraction and David Aja ❤

I think the only letdown from our visit to the Kyoto International Manga Museum was the poor example of Philippine comics they had on display 😦 It was a cheap pulp comic the likes of which were not worth the paper they were printed on. I wish they had classic comics like Darna or Panday, or even more recent comics like ZsaZsa Zaturnnah or The Mythology Class. Also — cameras are not allowed inside the museum, and all our shots had to be taken from outside.