Philippine LARUKU fans — this is what you’ve been waiting for! Cosplay.PH and Live Viewing Japan are bringing an exclusive screening of Over The L’Arc-en-Ciel! This screening is set for the 28th of February at 2PM, at the SM City North EDSA Cinema 2. 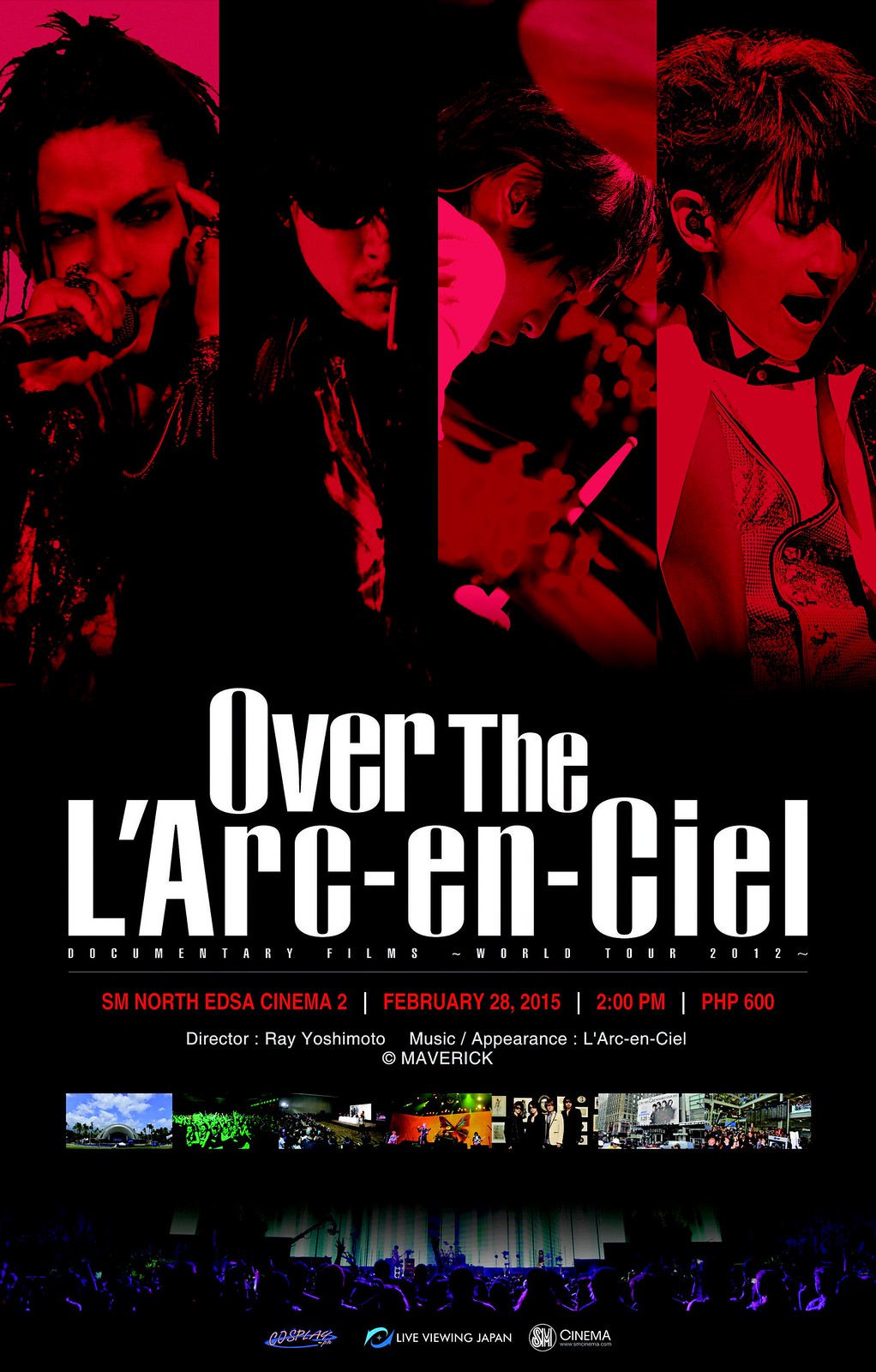 We are giving away one (1) pair of tickets to the Over The L’Arc-en-Ciel Manila screening. The winner will be picked randomly via Rafflecopter on 25th February 2015. Winners will be contacted immediately to be instructed on how to claim your tickets at the cinema entrance.

Airline tickets, hotel accommodations, ground transportation, meals, taxes, and other expenses related with the claim and use of this prize is at the winner’s expense. No purchase is necessary to take part in this giveaway. This giveaway is exclusive to residents of the Philippines.

About L’Arc~en~Ciel
L’Arc~en~Ciel is composed of hyde (Vocals), ken (Guitars), tetsuya (Bass), and yukihiro (Drums). The band was founded in Osaka in 1991 – and has gone on to be one of the biggest bands in Japan. L’Arc~en~Ciel has sold over 15 million records, has toured extensively in Asia and Europe, and were the first Japanese act to headline New York City’s Madison Square Garden.

About Cosplay.PH
Established in 2006, Cosplay.Ph is the premiere website and online community for Cosplay afficionados in the Philippines. Based in Makati City, the company has spearheaded some of the biggest cosplay events in the country, such as competitions, conventions and workshops.