Five more acts have been announced for AFA 2014’s I Love Anisong Mega Anime Music Festival — bringing the total number of artists to a whopping thirteen acts over the course of three days! All thirteen artists will rock the roof off the the Suntec Singapore Convention and Exhibition Centre on the 5th, 6th, and 7th of December 2014. 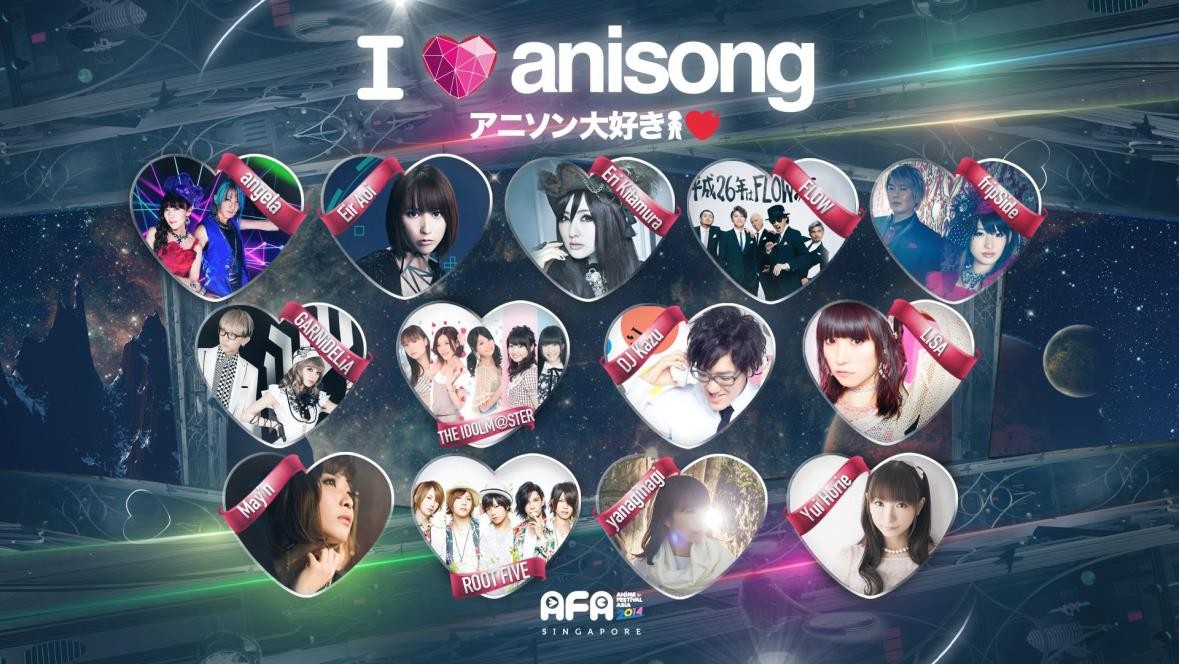 angela made their major debut in 2003 with Asu e no brilliant road, which was used as the theme song for TV Anime “Uchu no Stellvia”. Since then, they have sung theme songs for anime series such as “Soukyu no Fafner, Shikabanehime, Heroic Age, Asura Cryin’. They have also appeared overseas in several large scale events.

Kitamura Eri is a versatile voice acting talent, who can portray many roles. Having starred in numerous popular anime, Eri with her friendly and cheerful personality does not only anime but also her own radio show and attends events regularly. Attracting attention with her clear-cut, powerful voice, Eri has is also active as an artiste. She sang theme song for anime Knights of Sidonia and Crossange Tenshi to Ryu no Rondo.

Yui Horie starred in a number of roles, with her most representative roles being in Dog Days (as Millhiore F Biscotti), Toradora (as Kushieda Minori) and Bakemonogatari (as Tsubasa Hanekawa). Her latest single, “The♡World’s♡End”, was used as the theme song for the second half of TV anime “Golden Time”.

ROOT FIVE is a vocal group composed of Dasoku, Pokota, Mi-chan, Kettaro and koma’n. With over 35,000,000 views on all their videos summed up and appearances in drama series and musicals, ROOT FIVE are the one and only “Hybrid Artistes”, utilizing their individual singing prowess and characters. Their newest song “Kimi no Mirai” has been decided as the ending theme song of TV Tokyo anime ‘Fairy Tail’! 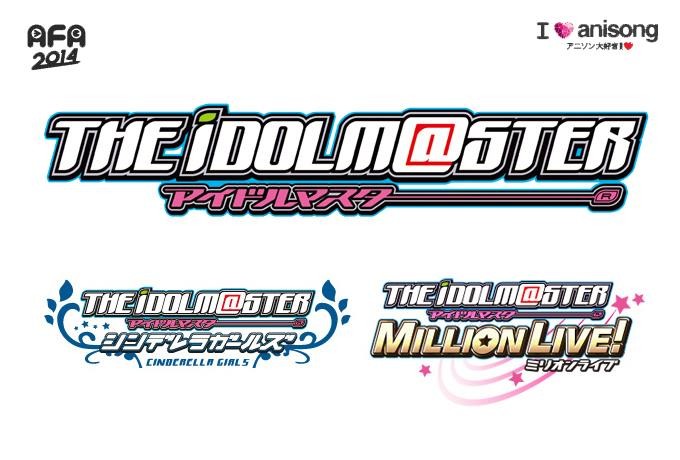 At its core, THE IDOLM@STER is an idol producing game. The player, in the role of the producer, experiences both the highs and lows of the job together with the idol under his charge. The idols and their songs are brought to life by their respective voice actresses, who become the idols themselves when they perform at live events, allowing them to meet not just producers across Japan, but all over the world at the same time.