Cosplay.PH in cooperation with Magic The Gathering, Brother International Philippines Corporation, and ANIMAX, is proud to present Cosplay Mania 14 Evolution — the seventh installment of the country’s biggest cosplay convention! 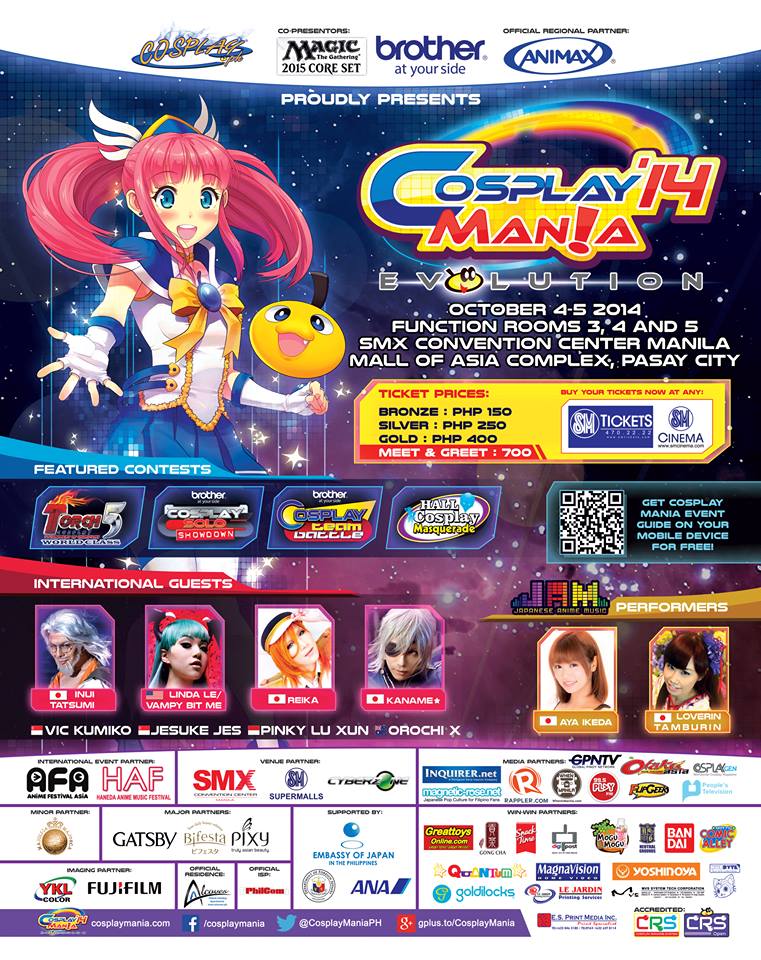 Cosplay Mania 14 is slated for the 4th and 5th of October 2014 at the SMX Convention Center Function Rooms 3 to 5, SM Mall of Asia Complex, Pasay City. Gates open at 11:00AM.

Cosplay Mania Evolution will feature the first ever JAM: Japanese Anime Music Concert in the Philippines, headlined by Aya Ikeda — the voice behind the theme songs of popular animes such as Heartcatch Precure!, Kindaichi Case Files and the online games “Finding Neverland Online” and “Harezora Monogatari”, and Loverin Tamburin — the band behind the opening theme for the anime Disgaea and the ending theme for Natsuhiro Drops.

Grab your tickets now at any SM Ticket Outlets at all SM Cinemas or online at smtickets.com