With this year’s theme of the “Family”, The Japan Foundation, Manila (JFM) is presenting 16 contemporary Japanese films that deal with various stories of families. The opening film “Homeland” (original title: Ieji) involves a broken family seeking for light and hope in the midst of injustice and desperation. The film was shot in Fukushima which was one of the provinces severely affected by the earthquake and tsunami in March 2011. The film was an official selection of the Panorama section in the 64th Berlin International Film Festival. 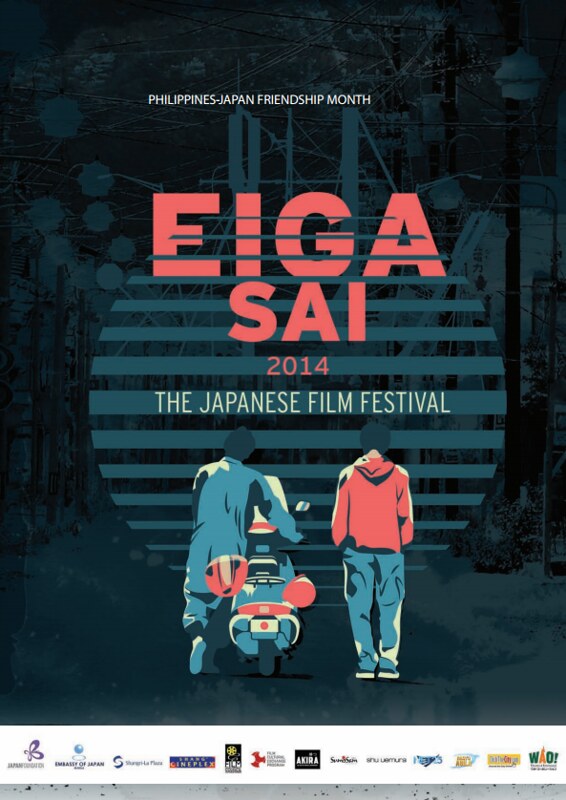 Animation film “Wolf Children” (Ookamikodomo no Ame to Yuki) is a feature animation directed by Hosoda Mamoru, whose “The Girl Who Leapt Through Time” and “SUMMER WARS” won numerous awards in Japan and abroad. It follows thirteen years in the lives of a mother and her “wolf children.”

All films will be shown with English subtitles. Screening venues are at the Shang Cineplex Cinema 2 (July 3 to 13), Abreeza Mall Cinema, Ayala (July 25 to 27) and FDCP Cinematheque, Davao City (July 29 to August 3) and Ayala Center Cinema 4, Cebu City (August 6 to 10). For detailed screening schedules and inquiries, please access the Japan Foundation, Manila website: http://www.jfmo.org.ph or call the JFM at telephone numbers (+632) 811-6155 to 58.

The 2014 “Eiga Sai” is presented by The Japan Foundation, Manila in cooperation with the Embassy of Japan, Shangri-la Plaza and Film Development Council of the Philippines, and supported by WAO Corporation, Akira, SumoSam, Shu Uemura, ClickTheCity.com and Net25 TV and Radyo Aguila. The Eiga Sai is part of the “ Philippines-Japan Friendship Month” celebration.