Via Facebook: SM Cinemas has teased fans with the Manila release of the Kuroshitsuji live action film. Further announcements will be released by the theatre chain via their Facebook fanpage. 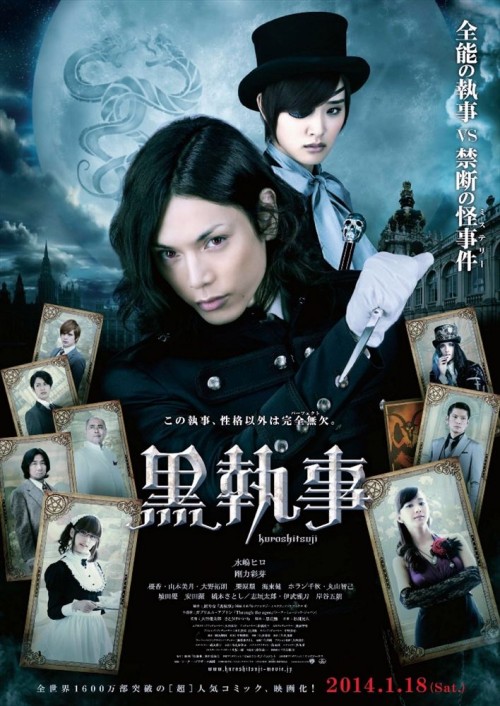 The original manga is written and illustrated by Yana Toboso. The adaptation film stars Ayame Goriki as Genpou Shiori and Hiro Mizushima as Sebastian Michaelis.

The story Kuroshitsuji revolves around Ciel Phantomhive, the twelve-year-old head of the Phantomhive noble family who has formed a demonic contract with Sebastian Michaelis, the Black Butler. In return, when Sebastian has helped Ciel finish all of his tasks (including avenging his parents’ deaths), Sebastian will be allowed to consume Ciel’s soul.