This BLush Convention report will not include event pictures to protect the privacy of the con attendees. Thank you very much for your understanding and support.

Tickets to BLush Convention 2014 — the Philippine BL Convention, are tauted to be some of the most coveted in the local con circuit. With participants capped at 300 pax and tickets sold out since January, is was a long and antsy wait for many BL fans until its 3rd May 2014 event date.

BLush Convention 2014 featured a series of film screenings and talks that explored BL in all its forms. There were lectures by comic creators -fe and Tintin Pantoja, as well as a panel by up-and-coming local BL publisher Black Ink Comics. There was also a Market that featured merchants and circles that exclusively sold BL merchandise, including famous South East Asian circles like Black Monkey Pro and E. Recto.

On of the highlights of the event was the butler cafe La Vie en Rose. There, guests were served a choice selection of tea and pastries, including sakura and green tea flavored baum kuchen, butter cake with hand-whipped cream and fresh strawberries, and dark chocolate cookies. The surprise of the afternoon was the unannounced presence of several members of Team Tux and Adventure Team, who were decked out in butler versions of FREE! and Kuroko no Basuke characters. 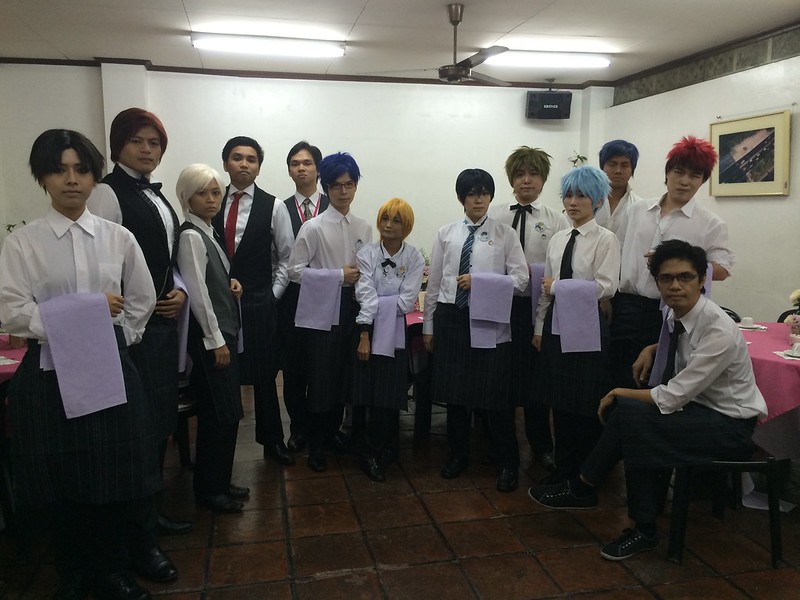 One thing the con had going against it (although it was genuinely out of the organizer’s control) was the heat! Ikeda Hall is fully airconditioned in only two sections: the Main Hall and Cafe La vie en Rose. If you were anywhere else other than those two places, you just had to grin and bear it. Good thing some of the merchants in the Market sold collapsible fans, souvenir towels, and extra tees — those really helped keep the guests comfortable.

On a personal note, I was deeply disappointed that despite measures against the display and sale of bootlegged materials, one or two merchants managed to get past the dragnet and put them up for sale. Guys, if you are real fans of the stars/titles/series — the least you can do is come up with your own fan merch of them, and not just make unlicensed reprints of magazine photos, official posters, or HD screengrabs. Hopefully, the same thing doesn’t happen next year 😦