C3 AFA Singapore needs little by way of introduction! Slated for the 24th to the 27th of November 2017, it’ll once again break records at the Suntec Singapore Convention & Exhibition Centre!

Fans from all over the region can look forward to the massive sales and exhibition hall, star-studded meet and greet events, and its unbeatable I Love Anisong concert! Hang on to your wallets as the first wave of announcements arrives! 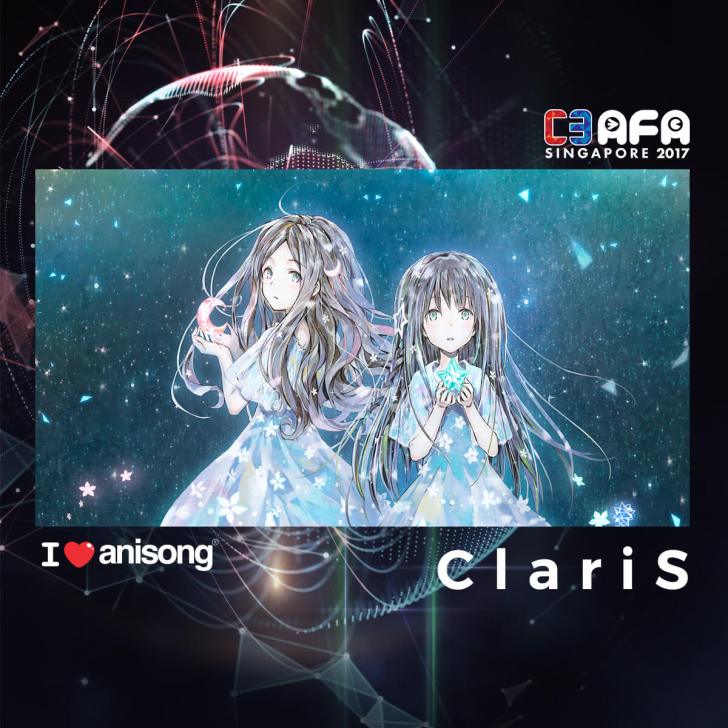 FLOW returns to the I Love Anisong stage on their 15th anniversary! FLOW is behind some of the most memorable anime theme songs such as “GO!!!” and “Re:member” from Naruto, “Days” from Eureka Seven, and “Colors” from Code Geass: Lelouch of the Rebellion.

fripSide is back in Singapore for I Love Anisong 2017! fripSide is best known for their tracks for the series “A Certain Scientific Railgun”, such as Only My Railgun, Level 5 Judgelight, Future Gazer, Way to Answer, Sister’s Noise, and Eternal Reality.

Luce Twinkle Wink☆ make their I Love Ansong debut this year at C3 AFA Singapore 2017! Luce Twinkle Wink☆ has sung the theme songs of To LOVE RU, And You Thought There Is Never a Girl Online?, Urara Meirocho, and GAMERS!.

May’n is back, and she’s bigger than ever! May’n’s latest single entitled “One in a Billion” is a collaboration with the girl group Wake Up, Girls! May’n will also be releasing her fifth studio album entitled “PEACE of SMILE” on the 18th of October 2017.

Also making her C3 AFA Singapore debut is the rocking Shiena Nishizawa! Shiena Nishizawa’s debut single “Fubuki” was the ending theme of the TV anime adaptation of the online game Kantai Collection. Before her performance in Singapore, she is has also played in Jakarta and Manila!

Expect more exciting announcements to come over the next few weeks! In the meantime, check out the official website at C3 AFA Singapore, as well as here on JPOP Manila!