Still reeling from the brilliantly illustrated anime movie Your Name? Animax Asia has lined-up a series of exceptionally strong and compelling anime – from hit blockbusters that is close to our hearts to brand new anime series airing on the same day as Japan’s telecast – that will satisfy the desires of all anime fans in the Philippines. 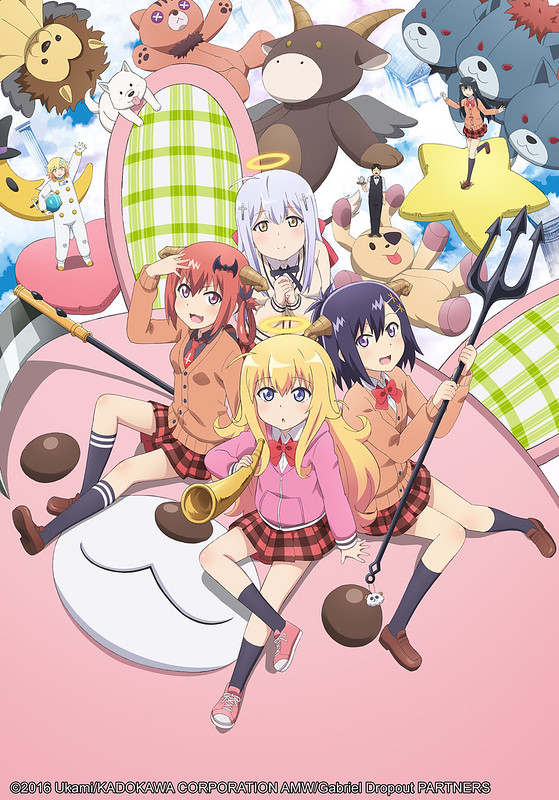 The latest anime right after its broadcast in Japan: Gabriel Dropout and BanG Dream!

First to premiere is supernatural series Gabriel Dropout, a comedy series guaranteed to entertain audiences with its unconventional plot revolving around a delinquent angel! Having graduated at the top of her class, ace angel Gabriel White descends to earth to learn more about humans in order to show them the right path in life. Unfortunately, during her time in the human realm, she picks up bad habits including video game addiction and utter laziness – to the point that this former angel-role-model skips school to play video games. Will she ever find her way back to her angelic roots again?

Gabriel Dropout airs every Monday at 11pm, on the same day as Japan. 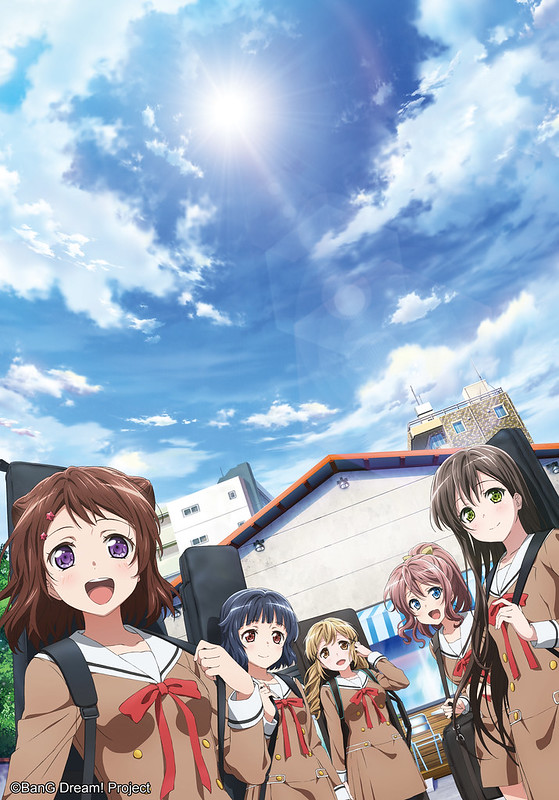 Also premiering in January on same day as Japan is idol anime BanG Dream!. The 14 episode explosive anime series is part of a bigger franchise, which has multiple adaptions including manga, CD singles, music videos and games. Be inspired to follow your dreams with the aspirational musical series BanG! Dream! All her life, Kasumi has been searching for the “beat of the stars”, a rhythm she heard one night as a child looking up at the sky. Just after entering high school, she chances upon a star-shaped guitar in a pawn shop, which excites new hidden feelings in her! When she meets with four other girls who have been searching for a similar feeling, she discovers that together they can produce magical sounds unlike anything she could be capable of on their own. Will they be able to find a stage for them to stand on and perform?

Follow the dream and unleash the star qualities when BanG Dream! premieres on 22 January, airing every Sunday at 8.30pm, on the same day as Japan. 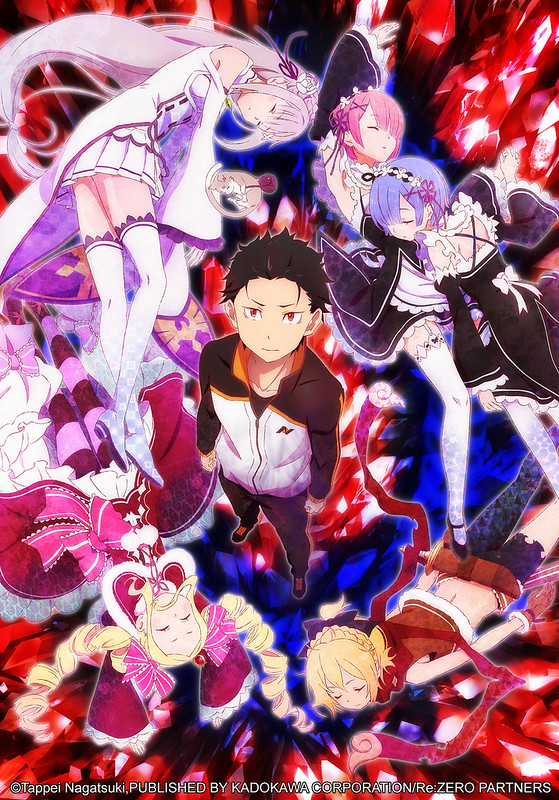 Re: Zero -Starting Life in Another World-

The highly-acclaimed anime that has topped anime polls and charts is set to make its television debut on Animax. It is no ordinary action and fantasy anime; it has become a worldwide phenomenon with over 2 million copies of its light novel sold. The series follows Subaru Natsuki who is stranded in an alternate world. Subaru will soon realize that the only way to survive in this new world is to reverse time, an ability that can only be activated when he dies.

Premieres 13 January, airing every Thursday and Friday at 10pm 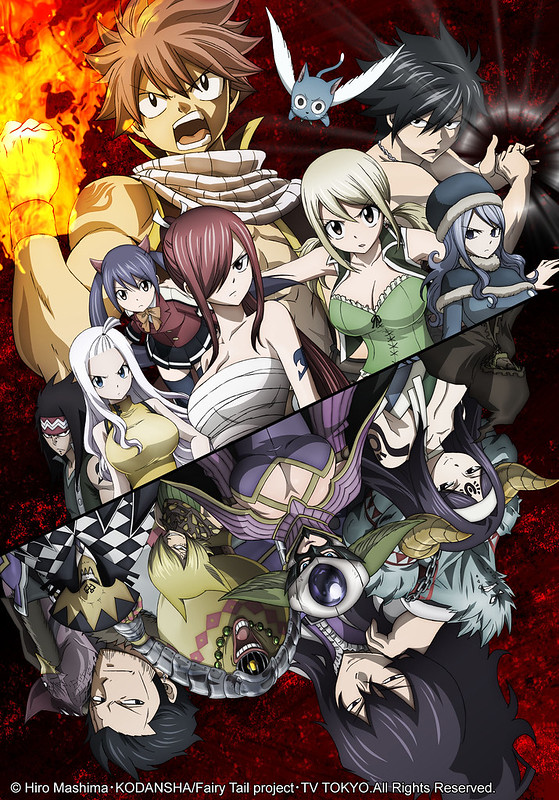 Dubbed as the most intense season yet, the anime will continue from where it left off the last season. This time, Natsu, Lucy and friends will find out that Tartaros, a dark guild, and its team of mages known as the Nine Demon Gates is behind some of the recent chaos and destruction. Will they be able to stop the mayhem restore the peace? This season will also unfold the untold story behind the beginnings of the Fairy Tail guild as young Mavis Vermillion, the first guild master and co-founder of Fairy Tail goes on a journey and meets friends and foes alike.

Premieres 17 January, every Monday and Tuesday at 10pm 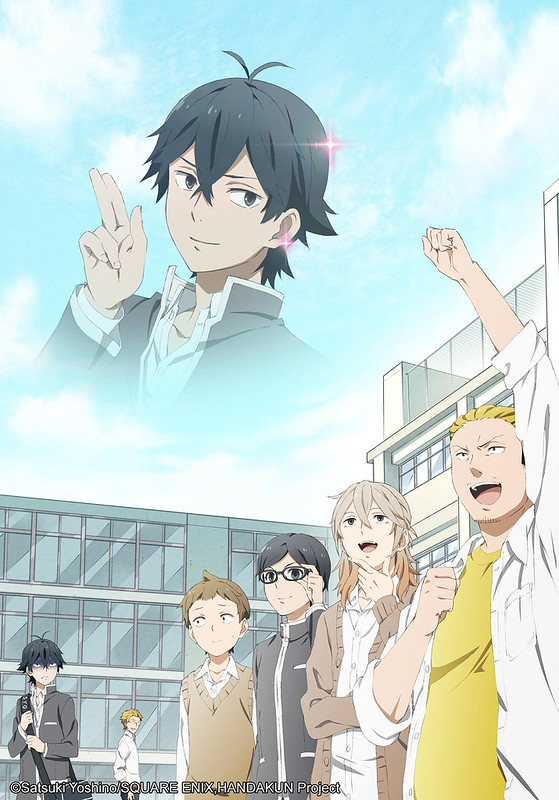 The much anticipated prequel and spin off the heartwarming anime series Barakamon, Handa-kun tells the tales of Sei Handa, a handsome high school student who is worshipped and deeply respected by his classmates due to the aloof yet charismatic aura he gives out. To them, he is perfect and out of their league and no one dares to approach him carelessly. However, for Sei and his inherent negative personality, he constantly mistakes such respect as hatred and hostility towards him, leading to unexpected hilarious situations.
Premieres 18 January, every Wednesday and Thursday at 8pm