Taking place on 7th and 8th May, the two-day event at Suntec City saw some 13,000 fans of anime, comics and manga, as well as trade and industry visitors, up from 8,000 at *SCAPE the year before. It also played host to some 100 artists and creators from Singapore, Malaysia, Indonesia, Philippines, Hong Kong, Japan and USA, and included myriad activities to engage, excite and inspire youth artists such as seminars, networking opportunities and Singapore’s first Visual Novel Hub. 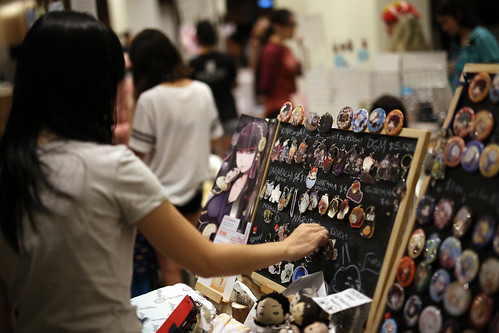 “We knew the move to Suntec City was the right choice,” said Jason Koh, convention producer for Doujin Market and Account Director of Neo Tokyo Project. “We were amazed by the outpouring of interest from artists, stakeholders and fans. It’s affirmation that there’s real demand for Doujin Market, and we are committed to making it the region’s definitive pop-culture inspired art, illustration and self-publishing event.”

Supporting Doujin Market this year was Noise Movement, an initiative of the National Arts Council which provides seed funding to ground-up programs to catalyze arts creation, participation and appreciation among young people. The event has also been recognized by the International Otaku Expo Association (I.O.E.A.) of Japan as a premier exhibition in Singapore.

“It has been an honor to exhibit at what is arguably Singapore’s largest youth arts event,” said Mr. Darren Kwok, director of Afterthought Studios and publisher of Singapore’s first successfully crowd-funded visual novel game. In addition to presenting the Visual Novel Hub, Afterthought Studios also held some 50 portfolio reviews for those aspiring to produce their own content. 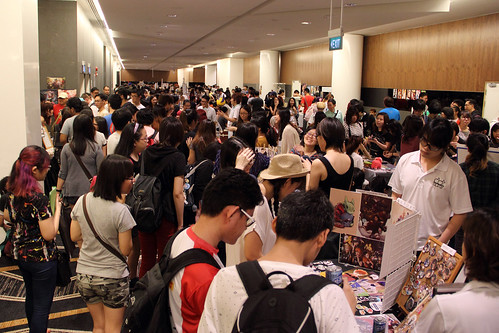 “We met many young talents, and gave them sound advice on how to take their art to the next level,” he said. “There’s a lot of potential here – just a lack of mentors willing to entertain new ideas and new avenues for self-expression. We hope our presence changes that,“ Darren added.

Ten seminars that covered topics including starting an art collective, publishing, script-writing and social media marketing were held as part of Doujin Market’s efforts to spur youth entrepreneurship in the arts. These seminars featured industry professionals and homegrown illustration studios such as CDS and Daiyaku, and saw a full house crowd.

“The doujin movement, as well as demand for self-published content, is growing,” said Jason. “Singapore is poised to be the regional hub for these activities, and we hope to engage not just communities here, but also those beyond our borders.”

Doujin Market next year will take place on the first weekend of May in conjunction with World Doujin Day. Some programs slated for next year will include more skills-based seminars, fan activities, as well as a manga drawing challenge.