2015 Ozine Fest — slated for 15th to 17th of April 2016 at SMX Convention Center, Mall of Asia Complex, Pasay City, plays host to world-renowned cosplayers, artists, and musicians from all over Asia! 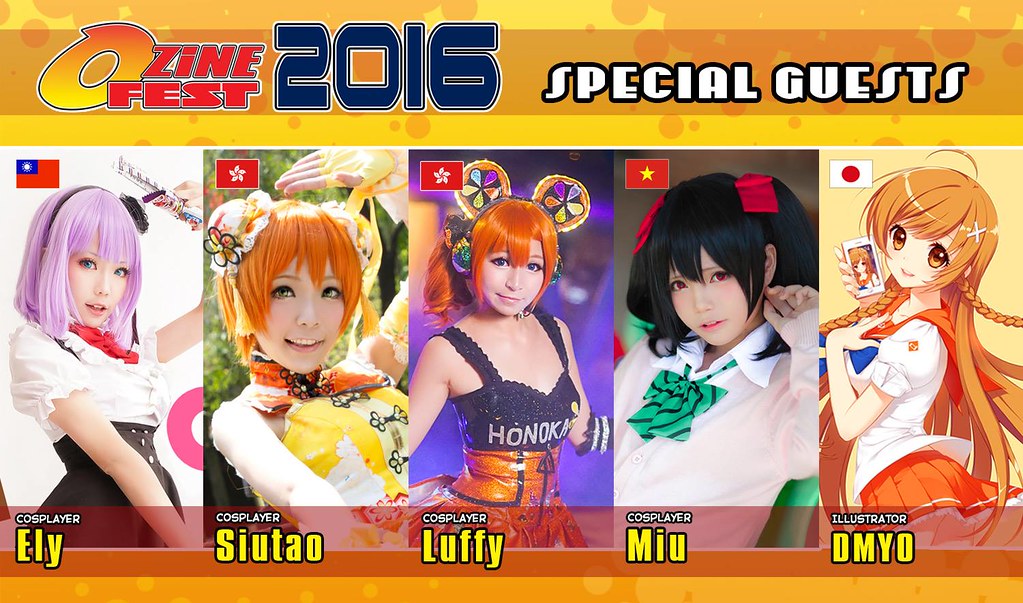 Fans will be delighted to know that DMYO, Elie, Siutao, Luffy, and Miu will be at the convention to catch up with fans and dazzle con-goers with their unique talents! Ozine Fest 2016 will also feature the first Philippine concert of Japanese rock group FLOW! 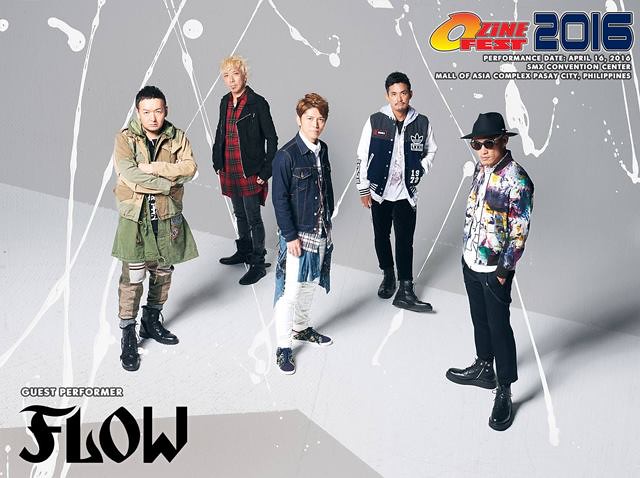 Flow is a five-piece band made up of members Keigo, Kōshi, Take, Iwasaki, and Got’s. Their songs “GO!!!” and “Re:member” both served as opening themes to the anime series Naruto, as well as “Sign” for Naruto Shippuden.

“Days” was the first opening for Bones’ Eureka Seven anime, and “Realize” was the opening for the PlayStation 2 video games based on the same series. Most recently, their single “Steppin’ out” was used as the opening theme of Durarara!!x2: Ketsu.